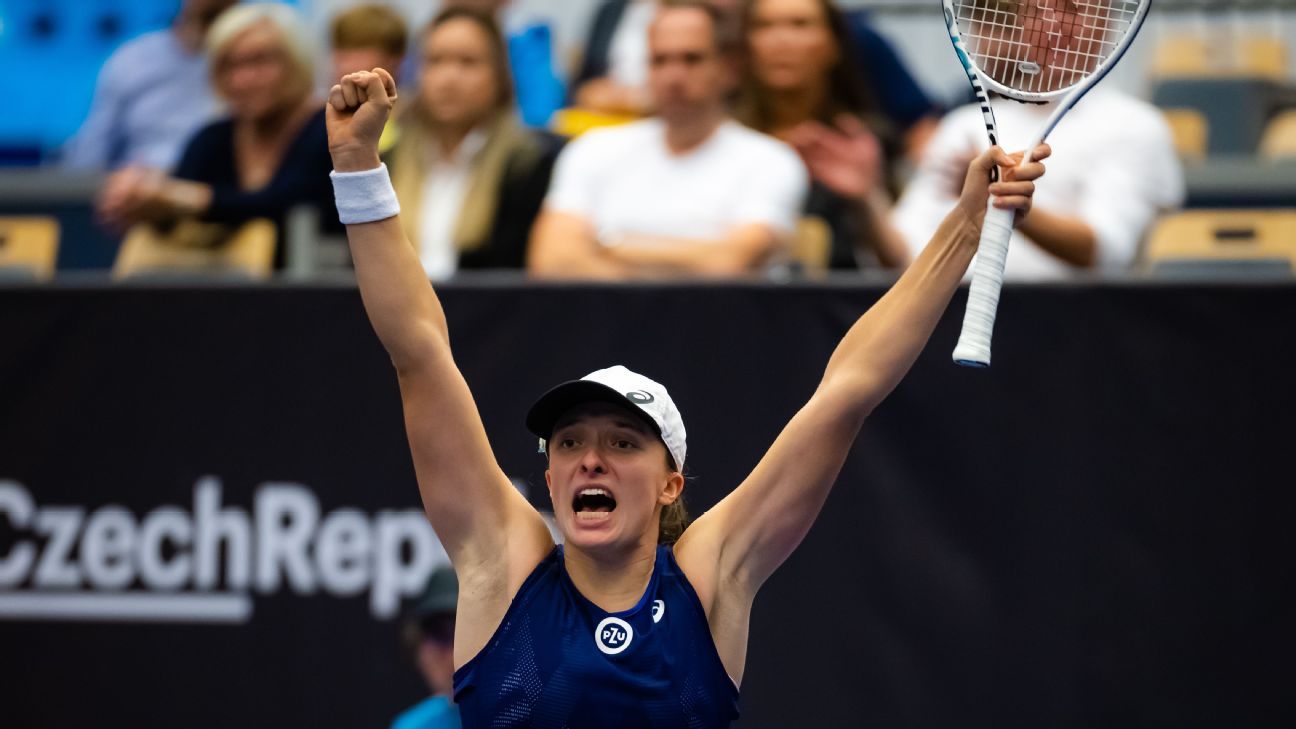 OSTRAVA, Czech Republic — No. 1-ranked Iga Swiatek became the first player on the WTA Tour since 2017 to claim 60 wins in a calendar year when she reached another final on Saturday in the Czech Republic.

It was not easy at the Agel Open. Swiatek finished second to Ekaterina Alexandrova in wins and breakouts but prevailed 7-6(5), 2-6, 6-4 in a 2½ hour semifinal.

Her eighth final of the year – she is unbeaten – is against local favorite Barbora Krejcikova, the first Czech player to reach the Ostrava final in three years of history.

Swiatek and Alexandrova failed to break in their first set, but Swiatek kept her cool better in the tie-break.

Alexandrova, ranked 21st, a career high, got the first break of the game and the second to lead 5-0 in the second set and even the score.

At 3-3 in the decider, Swiatek broke love for 4-3 and held her 60th win of the year, the first to score since Caroline Wozniacki in 2017.

“It doesn’t really matter to me whether it’s a final or any other round, I’m just going to give it my all,” Swiatek said.

Rybakina, who threw 17 aces, broke for 5-3 en route to winning the first set.

There was no break in the second, and no mini break in the tiebreaker until Krejcikova hit back-to-back forehand winners to claim it.

Krejcikova broke for only the second time for a decisive 5-4 in the third, overcoming Rybakina’s net rushes with assists and lobs.

Swiatek leads Krejcikova 2-0 head-to-head, but both times were last year.

2022-10-08
Previous Post: Understanding the highs and lows of U.S.-Saudi relations
Next Post: Albany Southern Right Whales Under Research After Being Hunted ‘Nearly To Extinction’