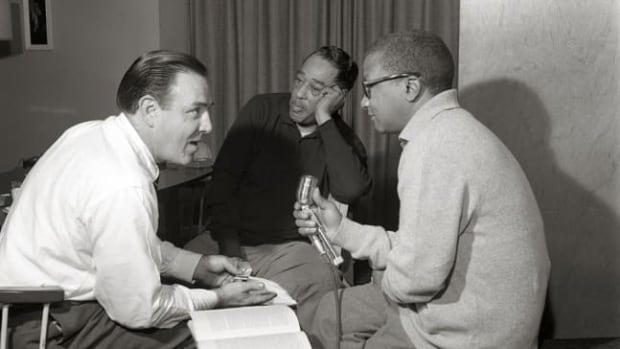 Hot air is a weekly exploration of jazz music from all eras. When it started, it was hosted by Bob Smitha cigar-biting football announcer with one of the largest private record collections in Canada.

He hosted the show from Vancouver for 30 years, bringing encyclopedic knowledge of music and celebrity guests to his many listeners.

Among those who participated in the program during Smith’s tenure were such luminaries as Ella Fitzgerald, Duke Ellington, Tony Bennett and Herbie Hancock. It even had its own entrance theme composed by trombonist Jack Fulton.

When Smith left listeners, the show did not, with Harvey Dawes, Bruno Cimolai, Gordon Hunt and Paul Grant all hosting it before Margaret Gallagher took the reins 12 years ago.

“It’s a really amazing feeling,” Gallagher said of her attendance for the milestone anniversary. “This show has such a history dating back to 1947…and it’s just wonderful to be part of this ever-growing and supportive jazz community.”

To celebrate the occasion, Gallagher and CBC music producer Michael Juk explored the show’s history with “The Decades,” a series that examines the evolution of jazz from the 1940s to today. .

Gallagher said he highlighted why jazz is such an enduring art form.

“Jazz is a very big tent,” she said. “It’s a global art form. There’s jazz in every part of the world. … It’s been at the forefront of a lot of social change and it’s also been the origin of the hip hop, and it’s very current today. So if you think you don’t like jazz, you probably do.”

Learn more about the history of Hot air in the interview below, and find Hot airof the 75th anniversary series, “The Decades” on CBC Listen.

Respected musician and educator Alan Matheson joins Margaret for a look at what made 1940s jazz unique.

Music from one of the most successful periods of jazz, the 1950s.

It was a time of rapid change that expanded the jazz vernacular to include pop, Latin and more.

Alan Matheson is back to guide us through 1970s music by the likes of Charles Mingus, Miles Davis, Nina Simone, Pacific Salt, Chick Corea and Joni Mitchell.

The 1980s was a time when jazz could be sour, fusion, smooth or direct. The 1980s also marked the rise of the compact disc and the beginning of the Vancouver International Jazz Festival. You’ll hear from Oscar Peterson, June Katz and Skywalk from Vancouver. And you’ll know when trumpet titans and rival Miles Davis met Wynton Marsalis “horns locked” at Expo86.

A look at jazz in the 1990s with music from Ingrid and Christine Jensen, Phil Dwyer, Diana Krall, Renee Rosnes, Roy Hargrove, Metalwood, The Hard Rubber Orchestra and more.