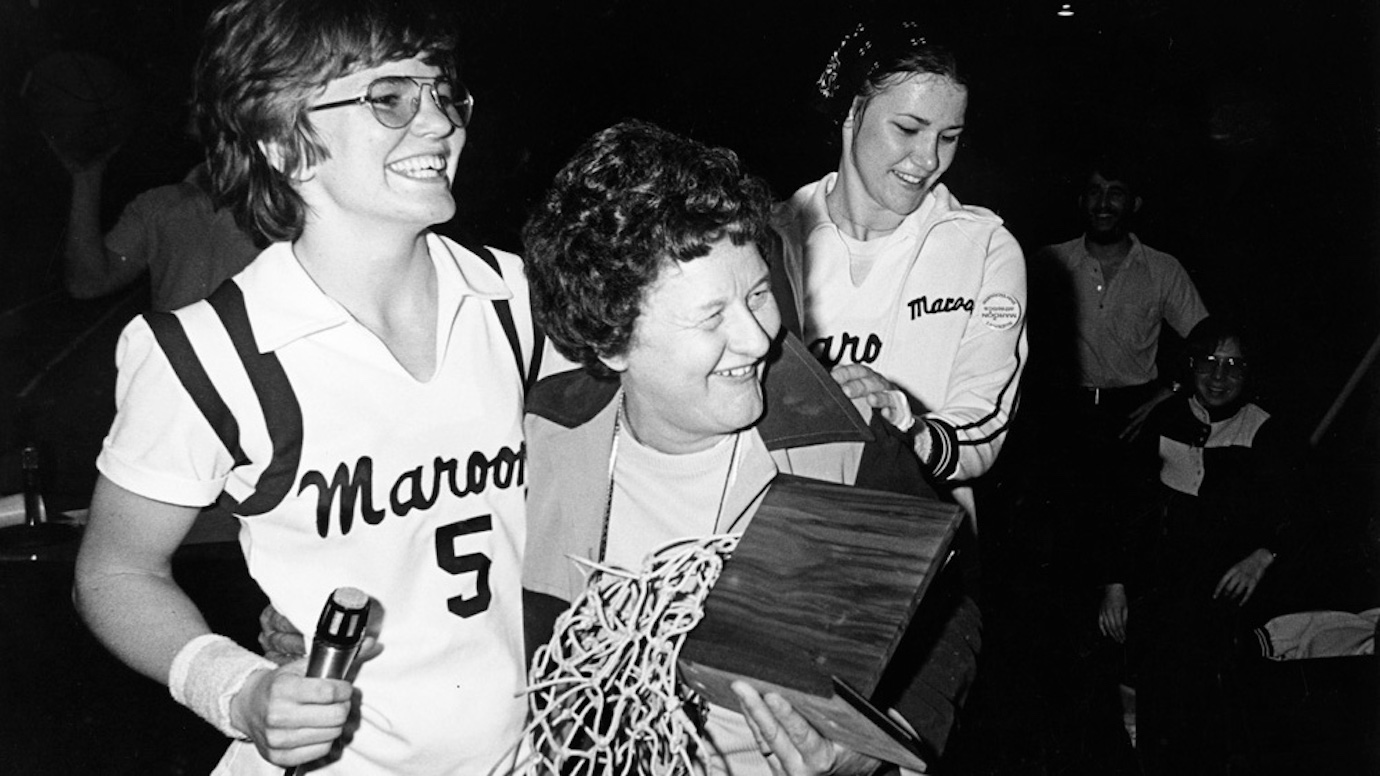 A look back at the history of UChicago women’s athletics

On June 23, 1972, Title IX of the Education Amendments was signed into federal law. It stated that “No person in the United States shall, on the basis of sex, be excluded from participation in, denied benefits, or discriminated against in connection with any program of education or an activity receiving federal financial assistance. »

At the collegiate athletics level, Title IX ensures that women and men are offered equal opportunities to participate in sports. Fifty years after the landmark legislation, we take a look at the rise of women’s athletics at the University of Chicago.

The sporting activity of women was a must in the early years of the institution. Gertrude Dudley became the leader of a movement to expand athletic and competitive opportunities for women in UChicago. Dudley was hired as director of physical culture for women in 1898. She remained in that position until 1935 and helped facilitate the growth of women’s sports.

Dudley was an undergraduate student at Mount Holyoke, one of the first forward-thinking schools that implemented athletics for women. She brought her vision and traditions from the Eastern schools to UChicago. Dudley’s innovations during his tenure were consistently supported throughout the university community and generated great enthusiasm from the student body. She believed that physical education was essential to improving the student’s intellect and behavior.

Dudley moved away from the stylized Swedish and German gymnastics training that was popular at the time and introduced interclass competition. Under her leadership, competitive intramural basketball, field hockey, baseball and tennis quickly became popular women’s sports. Dudley initiated an annual field day for varsity women, which included competitions in various team and individual sports.

Class games have quickly become a must. Students could choose basketball, baseball, field hockey, and swimming, and compete class against class, with tournaments at the end of term. The offer has expanded to include tennis, gymnastics, rowing, fencing, field hockey and golf.

The creation of the Women’s Athletic Association in 1904 helped organize, codify, and advance the cause of women’s sports in the decades to come. The WAA seeks to “encourage close relationships among female athletes at the University of Chicago so that they can work together as an organization to promote women’s athletics.” As opportunities for women in sports changed and grew, the organization evolved from an organization that promoted intramural opportunities to the winning letters organization for college women.

Edith Ballwebber assumed the role of leading women’s athletics at UChicago beginning in 1937 and continued in that role until 1967. Women’s intercollegiate competition in the 1930s and 1940s was held during Play Days. Schools in the Midwest gathered at one site and teams were formed with representatives from different schools. This allowed for a higher level of competition without putting too much emphasis on winning. Telegraph competition was held in swimming and archery; individuals competed at their home facility, and results were compiled at a neutral site to determine finishes.

Intramural and club competition continued into the 1950s and 1960s with a few very limited intercollegiate competitions held in basketball, softball, swimming, tennis, and volleyball.