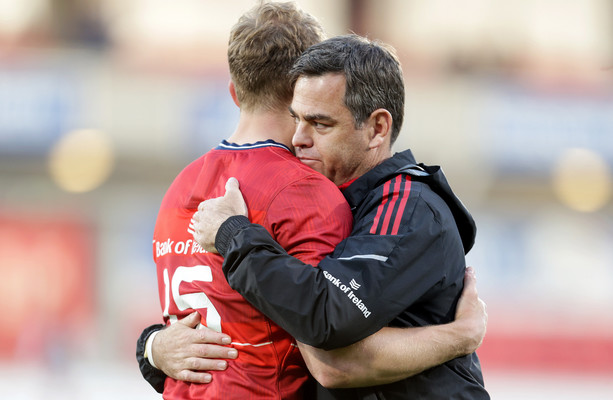 It was approaching 10:30 p.m. on Friday when Johann van Graan’s press conference ended.

A long journey to Limerick awaited them, the bus was waiting outside, its engine running. Surrounded by people who criticized his tactics and whose pencils had been sharpened in the previous two hours, van Graan could have been forgiven for wanting to get out of the dodge.

He was in no hurry. One by one, he walked around the people in the room to shake their hands. “I know you have things to write,” he said. “You have a job to do, but no matter what you write, I want you to know it has been a brilliant five years (in charge of Munster).”

The man has a touch of class about him. However, his team on Friday lacked that specific quality.

They often do at this time of year. Any analysis of the statistics of his five years in charge requires context. An overall win rate of 67% is impressive, but another stat isn’t. Out of 14 knockout matches, his Munster side have won just four, against Toulon in his first season, Edinburgh and Benetton in his second, Exeter this season.

It will frame the narrative around his legacy, that inability to make Munster more than a quarter-final or a semi-final. Other criticisms require careful consideration, however.

Too often he has been said to have failed to get players through, an accusation that is simply untrue. Munster have used 59 players this season and over 50 in the previous two seasons. On Friday we saw academy graduates Ben Healy, Thomas Ahern, Diarmuid Barron, Alex Kendellen, Craig Casey, Gavin Coombes and Josh Wycherley involved, who each made their debuts under van Graan.

Brick by brick, van Graan dismantled this side and brick by brick, he rebuilt it. Anyone who says that the team he left to his successor is weaker than the one he inherited from his predecessor is either blind or stupid.

In this respect, history will be kind to him. Right now, the day after a dismal performance on Friday, there’s no doubt that his time is up and it’s just as well that he voluntarily moves on. Coaches have a lifespan. And once the coolness is gone, change is needed.

However, a certain balance is necessary. Tactically he received a lot of heartache, largely from Munster fans on social media, a lot more from ex-players, some of those quarters as well. Two points should be emphasized here.

First, criticism comes with the territory. Any coach who doesn’t like it really should be doing something else for a living, because there’s no getting away from it. In any case, Munster’s style of play deserves severe analysis. On Friday, they were shocking.

Yet even if they were poor, the other side of the argument must also be heard. Friday was a bad night but Munster had plenty of good ones under van Graan. They beat Leinster (admittedly not often enough), Leicester, Racing 92, Clermont, Toulouse, Toulon, Exeter and Saracens under his watch.

These are the names of all the Champions Cup winners (plus a few beaten finalists) except La Rochelle, since Munster last lifted the trophy in 2008. This is not the work of a manager missed. 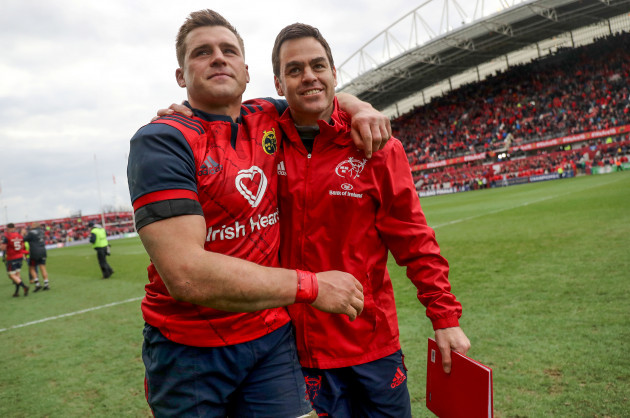 Stander and van Graan after the 2018 win over Toulon.

It’s the work of a coach who played the hand dealt to him quite well, who made clever signings, who identified dead wood in the squad and got rid of it, who integrated youngsters with experience, who showed consistency throughout the winter months but did not do enough in the play-offs.

“This one hurts,” he said of Friday’s loss to Ulster. “I think the thing for me was the quality of our performance.

“We created so many chances and we just hit the ball – I think something like 19 turnovers, starting with the first kick off of the game and we hit it. What’s frustrating is how unusual it was for us as a band. There are some things in the match that went well but not good enough to win a quarter-final.

Sympathy came from the man whose team had just beaten his.

Get closer to the stories that matter with exclusive analysis, insight and debate in The42 Membership.

“You know what’s worse about that? Johann – I really like Johann,” said Dan McFarland from Ulster. “I get on really well with him. I think he’s a really good coach. He’s such a nice guy.

“I wish he was a mean man because at least I can complain about him. But such a nice guy so it’s really hard. And it makes it hard to go have a beer with him now.

“It’s ridiculous. One of us was going to lose. And yet, in the morning, I read misfortune and sadness, what they are doing is terrible. But someone has to lose.

“It’s a tournament with 16 teams that Leinster have dominated for five years. Any team that wins it that isn’t Leinster will literally have doubled what you expected at the start of the year. So let’s face it.

“No one expected anyone other than Leinster to win this tournament at the start of the year.”

Van Graan’s problem was that people expected it. He is surrounded by posters at Thomond Park of great victories from the past. He listens to ex-players talk about the glory days from the pundit’s chair. He constantly had to look over the neighbour’s fence and watch one Leinster celebration party after the next.

It was not a practical concert. The next one – taking over a team that has just finished bottom of the Premiership – might actually be easier. At least there won’t be a line of long-dead heroes telling him how good life was.

Get instant updates on your province at The42 app. With Laya Healthofficial health and wellbeing partner of Leinster, Munster and Connacht Rugby.