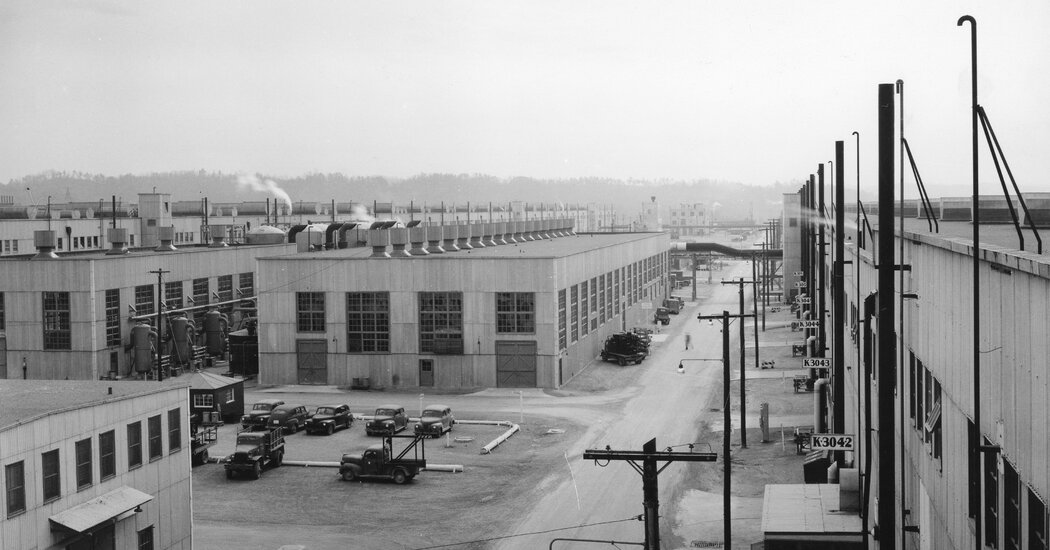 A secret city with a secret African-American history

This article is also a weekly newsletter. Subscribe to Race/Related here.

When some 7,000 African Americans from the Deep South were recruited to work on the Manhattan Project beginning in 1942, they knew little except that the positions were well paid. Lured by newspaper ads, word of mouth and army recruiters, workers arrived by train or bus in a heavily guarded town outside Knoxville, Tennessee. Signs around the factories ordered: “See nothing. Hear nothing. Do not say anything.”

What exactly their blue-collar work supported, and the profound ways it would alter the course of history, would remain a secret until the United States dropped atomic bombs on Japan at the end of the Second World War. World War, killing around 100,000 to 200,000 people. people.

But even now, the city of Oak Ridge in eastern Tennessee is not widely recognized for the contributions of its African-American workforce to a monumental project in United States history and its role as one of the first public school systems to desegregate in the South.

“This story is going to be lost if the stories aren’t told,” said Rose Weaver, 68, a historian who grew up in Oak Ridge and helps lead a committee dedicated to preserving and sharing the history of the town. “The legacy must be left to these students, to these parents, to their children and to their grandchildren.”

Until the federal government returned Oak Ridge to local control in 1959, the town wasn’t even on the map. It was one of three “secret cities” – along with Los Alamos, NM, and Hanford, Washington – that the government built in 1942 to develop the world’s first atomic weapon. Within three years, a 59,000-acre city quietly grew in the Appalachian foothills, booming to become the fifth-largest city in the state at the time.

Because racial discrimination by federal agencies was banned by President Franklin D. Roosevelt in 1941, Oak Ridge offered better paying jobs than were generally available in the South. But African-Americans were still confined to subordinate positions: construction workers, janitors, housekeepers.

The only living quarters available to them were muddy “shacks,” 16-by-16-foot plywood structures with no plumbing. Even those who were married were separated by gender with fences topped with barbed wire; their children were banished from the region until after the war.

LC Gipson, 81, moved from his home in Lexington, Miss., to Oak Ridge in 1950 to live with his uncle, a janitor for the Manhattan Project. Six days before it starts school, Emmett Till was lynched in Mississippi. Mr Gipson said he only focused on his lessons and did not participate in extra-curricular activities for fear of getting into trouble.

As a federal enclave, the city had to act quickly when the Supreme Court ruled in Brown v. Board of Education, in 1954, that racially segregated schools were unconstitutional.

Two years before school integration in Little Rock, Ark., and five years before Ruby Bridges was escorted to a school in New Orleans, 85 students from the African-American community of Oak Ridge, Sarboro, entered quietly in a college and a high school in the city. Locally they are known as Scarboro 85. Nationally they are barely known.

Mrs. Weaver is determined to change that. Since the late 1980s, she’s been amassing archives on the city’s role on the front lines of history, going door-to-door to collect the names of alumni. Artifacts fill two rooms in his home and several local exhibits, including newspaper clippings about 1955 desegregation and a “color only” bathroom wall sign from a Manhattan Project factory.

Because of the committee’s work, Scarboro 85 has received honors from Governor Bill Lee and the American Nuclear Society, but the committee also wants its research incorporated into school curricula, local landmarks, and a permanent exhibit at beyond a modest wall of memories inside the Scarboro Community Center. .

Although there were racial slurs, fights and feelings of isolation and anxiety during the desegregation of Oak Ridge schools, said Mary Frances Berry, a history professor at the University of Pennsylvania, the federal enclave has benefited from a lack of political posturing. Scarboro 85 member Archie Lee said the success should have been a positive example for other communities.

“Perhaps the integration of Clinton and Little Rock would have been better if it had been found that the children of Oak Ridge were going to school without problems,” said Mr. Lee, 84, making a statement. first reference to a nearby town whose desegregation in 1956 led to rioting and bombing.

Much like the Scarboro 85, community contributions to the Manhattan Project have often been overlooked. “It’s a little harder to imagine a ‘Hidden Figures’ movie about the Manhattan Project,” said Alex Wellerstein, nuclear historian and professor at Stevens Institute of Technology. “You could show their contributions, but you should also end up with a mushroom cloud at the end.”

But that narrative must reflect the realities of Oak Ridge and African-American life at the time, Dr. Wellerstein said — not least because of the ignorance of project workers. Based on several oral histories with them and their descendants, their legacy seems to be less about what they contributed to, and more about their ability to have even contributed at all.

Most people don’t realize, Dr. Wellerstein said, that the Manhattan Project had a cumulative workforce of about 600,000 people, which included women and people of color, including about 15,000 African-American workers. Americans in Hanford.

There is a version of the nuclear story, Dr. Wellerstein said, “that is distorted both by secrecy and the kind of biases and priorities” of white male officials at the top. This history erases the vital contributions of African American workers.

“They did what they could to advance the war effort and hopefully one day be appreciated for their sacrifices,” said Valeria Steele Roberson, granddaughter of employee Kattie Strickland. maintenance in one of the project factories.

In an oral history, a worker told a carpenter’s joke about the secrecy of his job: whenever someone asked him what he was making, he always replied, “$1.35 an hour” . Despite the importance of the project, their work was mainly about the good salary and the possibility of supporting their families.

But once the bomb was dropped, they shared a wide range of emotions: excitement, fear, disbelief, astonishment, pride. “It made me sick,” Ms Strickland said in a 2005 interview after learning of the attack. “It was hard for me to know that this bomb killed so many people.”

These feelings, however, could not erase his pride in the contribution of African Americans. “I thought that was awesome,” she said in a previous interview. “I was proud to be there.”

Invite your friends.
Invite someone to subscribe to the Race/Related newsletter. Or email your thoughts and suggestions to [email protected]

2022-06-11
Previous Post: 10 Villain Casts As Perfect As Tom Hardy’s Bane
Next Post: Trump is portrayed as a would-be autocrat looking to cling to power at all costs