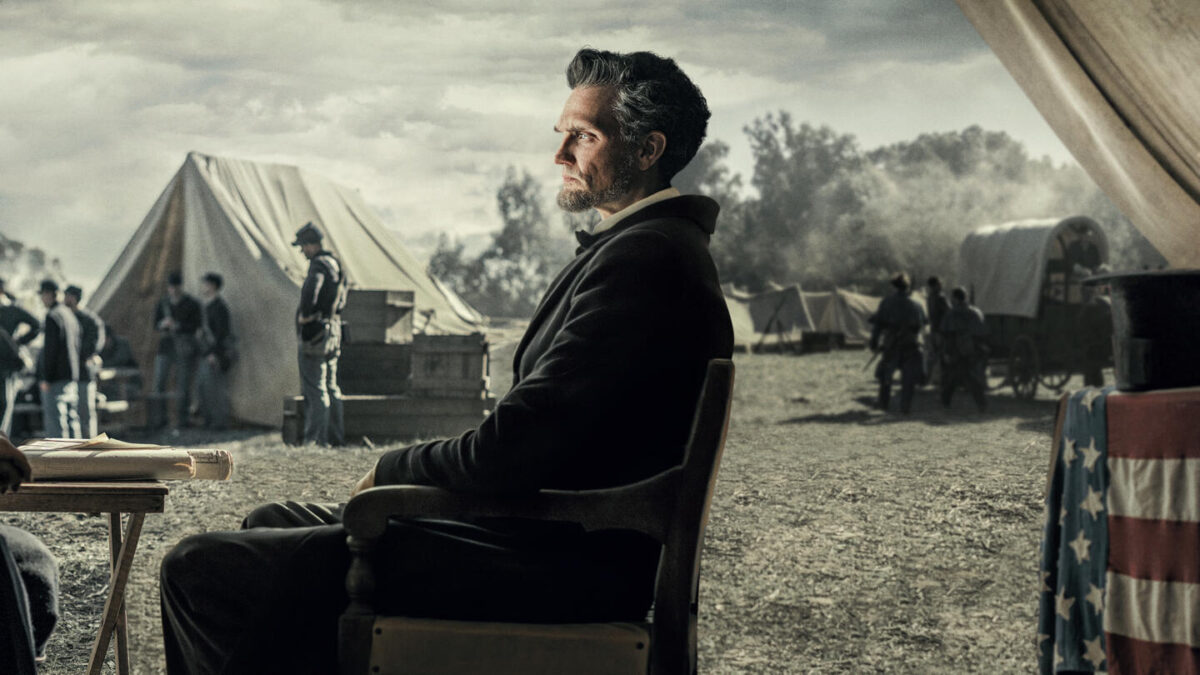 Recently, a rather pernicious misinformation has been gaining traction on the internet falsely claiming abraham lincoln had owned slaves. He didn’t and anyone who suggests otherwise should lose all credibility. While the degree of Lincoln’s anti-slavery beliefs evolved and hardened during his public life, he always found chattel slavery morally reprehensible.

Lincoln also resided in free states, with the exception of his childhood, when his family lived in such extreme and crushing poverty that the prospects of owning slaves were leagues beyond their reach, even if they did not. were not philosophically opposed to this practice. The scale of the future president’s rise from shadowy poverty to the Oval Office is fully explored in the three-night docudrama “Abraham Lincoln,” which will premiere Sunday, February 20 on the History Channel.

Directed by Malcom Venville (who also directed the entertaining narrative films ‘Henry’s Crimes’ and ’44 Inch Chest’), ‘Abraham Lincoln’ follows executive producer Doris Kearns Goodwin’s book ‘Leadership: In Turbulent Times’ as its roadmap. and also features the historian as one of his talking-head experts. Unlike documentaries in the style of Ken Burns’ “The Civil War,” the docuseries also incorporates extensive dramatic segments, featuring an eerily emaciated and haunted Graham Sibley as the 16th president.

Physically, Sibley’s resemblance to Honest Abe is as perfect as Daniel Day Lewis or Raymond Massey, but it’s hard to judge him against his predecessors, given the hybrid background of his dramatic work. Among the rest of the cast, the other notable star would be Stefan Adegbola, who is also a Frederick Douglass lookalike.

Aside from a few “teasers” of major events to come, Venville and company present Lincoln’s life in chronological order, beginning with his difficult upbringing in Kentucky and Indiana in the opening “The Railsplitter”, which takes viewers to the attack on Fort Summer. “A President at War” covers the early skirmishes of the Civil War through the Gettysburg Prelude, while “Saving the Union” begins with the climactic battle in Pennsylvania and ends with the President’s assassination.

Perhaps the first episode is the one most in need of viewing, given the aforementioned baseless slander. Indeed, Lincoln’s family was hopelessly impoverished, so he had received very little formal education. Yet despite the scorn of his sturdy father, he absorbed every book he could find. Viewers really see how hard he had to work to escape his family’s poverty. AJ Edwards’ “The Better Angels” dramatizes Lincoln’s childhood even more poignantly, but it somewhat redeems his stern father, while Goodwin and company only credit him for teaching Lincoln how to tell. an amusing anecdote.

Some of the best bits of the “Railsplitter” shed light on Lincoln’s first, but seemingly indiscriminate, terms in the Illinois state legislature and his sole term in Congress. While many current issues (like the Mexican-American War) may seem like distant history now, they illuminate the principled thinking that guided Lincoln through times of national crisis.

Interestingly, Goodwin and company largely let Lincoln off the hook for suspending habeas corpus (regarding the arrest of potential Confederate sympathizers), which remains one of his most controversial decisions. On the other hand, the three nights underscore the constant threats of assassination he faced. Another fittingly recurring theme is Lincoln’s constant clashes with his generals, who were far too timid, incompetent and sometimes bordering on insubordination, with the exception of Grant out West.

Just for the times

Of course, Lincoln’s anti-slavery stances and his willingness to fight for them are a constant concern for Goodwin and his fellow pundits on camera. Yet even those who come from the left side of the political spectrum (like Barack Obama) recognize Lincoln’s role as a national emancipator. All three episodes are largely free of hyper “woke” rhetoric. However, it would have been wise to include a few well-known Republicans among the on-camera commentators, for the sake of bipartisanship. After all, Lincoln was the first Republican president.

Either way, the History Channel’s “Abraham Lincoln” achieves a lot. It celebrates the sacrifice of Lincoln’s close friend, Senator Edward Baker (R-Oregon), who was the only member of Congress to fall in combat as a uniformed officer. The docuseries also fully establishes Lincoln’s folksy wit and charm, which is often overshadowed by the personal tragedies of his life. Naturally, these also receive their due.

Everyone in Venville’s series agrees that Lincoln was the perfect man to be president at that fateful moment, and the historical facts and analysis they put together definitely support their case.

Recommended as the portrait of the man and explanation of his greatness that we apparently need now, “Abraham Lincoln” airs February 20-22 on the History Channel.

2022-02-19
Previous Post: ‘Abraham Lincoln’ premieres on History Channel
Next Post: Coloradan will be a “time-traveling tour guide” on the History Channel | Culture & Leisure