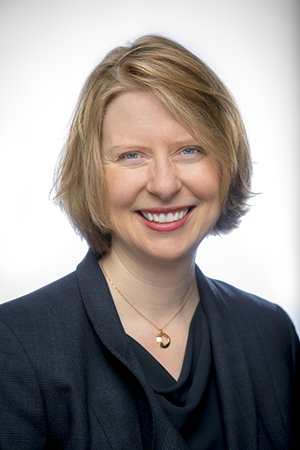 Kerry Abrams, who has served as Dean of Duke Law School since 2018, has been reappointed for another five-year term through June 30, 2028, President Vincent Price and Vice President Sally Kornbluth announced today.

The renewal follows the recommendation of a review committee chaired by Georg Vanberg, Emeritus Ernestine Friedl Professor of Political Science at Trinity College.

A nationally recognized expert in immigration, citizenship, family, and constitutional law, Abrams has diversified faculty and student body, overseen the expansion of the school’s support for law of interest public and secured record amounts of financial support for scholarships, legal clinics and other priorities.

“Kerry is an impressive leader with an exciting vision for the future of Duke Law, and I’m very excited to have the opportunity to continue working with her,” Kornbluth said. “She led the school through the many challenges of the pandemic while successfully advancing faculty and student recruitment, faculty scholarships, and clinical legal education.”

“I am grateful to Georg Vanberg and the review committee for their work, and to all members of the Duke community who participated in the review process,” Kornbluth added.

Under Abrams’ leadership, Duke Law has hosted the most diverse entering classes in its history, including four consecutive years where the majority of the entering JD class are female, a first for Duke Law. The school has also made significant hirings of junior and mid-career faculty, and has invested in efforts to foster an inclusive environment for students, faculty, and staff. Abrams also oversaw substantial investments in the school’s clinical program, including the launch of an immigrant rights clinic and an upcoming criminal defense clinic.

“Kerry’s commitments to fostering an inclusive legal community and innovating in legal education and research build on the School’s established strengths to ensure continued success,” Price said. “Under Kerry’s leadership, Duke Law is very well positioned for the future.”

Abrams has also focused his efforts on supporting students seeking careers in public interest and government service. She established two graduate scholarships to help students pursue careers in the public interest and oversaw the growth of the Certificate in Public Interest and Public Service. Duke Law also launched an interdisciplinary research center, the Wilson Center for Science and Justice, focused on criminal justice reform.

Abrams came to Duke after thirteen years on the faculty at the University of Virginia, where she also served as vice provost for faculty affairs from 2014 to 2018. She is well known for her academic writings on family migration, the legal regulation of immigrant families and the history of immigration law.

Abrams received a Bachelor of Arts in English Literature with highest honors from Swarthmore College and graduated with honors from Stanford Law School, where she served as chair of the Moot Court Board and co-chair of Women of Stanford Law. She is a member of the New York State Bar and the United States Supreme Court Bar.