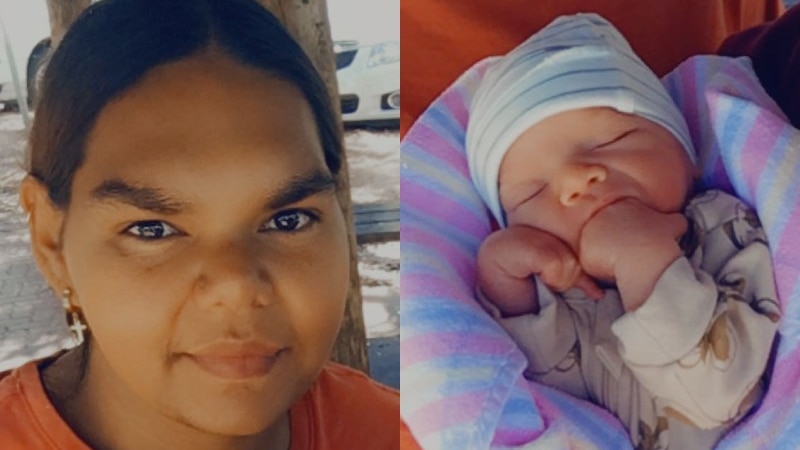 AK and her baby were reportedly killed in a murder-suicide near Alice Springs. His family wants answers

AK was full of life, generous and an amazing mother.

This is how her heartbroken sisters remember the 30-year-old mother, who was allegedly killed by her partner last month, along with her 15-week-old baby, in Central Australia, north of Alice Springs.

“We loved her and she will be missed,” the sisters said.

Her family gave the ABC permission to share her initials and their images, in hopes that she will be remembered as “more than a statistic”, and to push for systemic change.

The body of AK’s partner and a gun were also found at the scene, and Northern Territory Police confirmed they were investigating the episode as a murder-suicide.

Speaking for the first time since his death, AK’s family said they were frustrated with the lack of information made available to them by the police.

Close in age, her three sisters said they were “pretty much always together” and “very close”.

She said her sister was “extremely funny” and a devoted mother, “always taking the kids on little adventures”.

“She never had a serious side and if she tried to be serious she would just look at you and she would burst out laughing or something…she was my giddy brain,” she said.

“It’s a tragedy. It’s devastating. And everyone is at a loss for words.”

“We still have a lot of questions”

More than two weeks after his death, Northern Territory Police have still not responded to a number of detailed questions posed by the ABC about the incident, and AK’s family said they are not didn’t know much more than the public.

Michelle said she first heard about what happened from the rumor mill, as friends and family called to ask “if it was true”.

Detectives visited her that night and said ‘an incident occurred involving my sister and her partner’, but Michelle said the police didn’t give her much more information than that.

Over the next two weeks, their bodies were returned to the family, but police information is thin on the ground.

AK’s little sister Mouse said the family was not told if the gun was registered, if there were any witnesses to the event or other key details about the alleged murder of their sister.

The broad outlines of the situation were only clarified early last week by Police Minister Kate Worden, who said the gun was found in the possession of the man, revealing that he was the alleged perpetrator of the violence.

Police took several days longer to confirm they were investigating the deaths as a murder-suicide and that the pair were in a domestic relationship.

Northern Territories Police spoke to the media only once about the incident which left three people dead and declined to answer questions from the public.

According to court documents obtained by the ABC, AK’s partner was convicted by the Northern Territory Supreme Court earlier this year, after pleading guilty to unlawfully causing harm to a former partner.

He received a nine-month suspended prison sentence for the incident, which he would have to carry out if he committed another offense within the next two years.

AK’s family want to know how it was possible that her history of domestic violence did not alert the authorities that she could have gotten into trouble, given that they were allegedly called to their property multiple times, following domestic incidents.

Mouse said the man was “really controlling” and showing signs of coercive control.

“When we were going to sit with her, he must have been sitting right there,” she said.

Mouse said she also saw him being physically violent with AK, and once his sister’s partner allegedly hit her.

“When I called the police they refused to take my statement and they didn’t come to see me the next day,” she said.

After the alleged incident, Mouse said AK called police who came to the house, but she again said they didn’t take a statement.

“If the police had really taken him seriously, when he hit me, he would be in jail, because he was on probation, and she and the baby would still be here,” she said.

Mouse said she felt the police had “failed their job” as she claims they made AK feel like the attacker when she called for help.

A 2017 Queensland analysis of 27 domestic homicides found that almost half of women killed by their partners had already been identified by police as the perpetrator of a protective order.

Read more stories on this topic

Almost all Aboriginal women killed by their partners had been registered by the police as both aggressors and victims.

Northwest Territories Police said in a statement, “As with all homicide investigations, a review of all circumstances surrounding the deaths includes an assessment of any prior incidents of domestic violence reported by both the deceased and a review of the relationship history of all parties involved”. .

Police said they “appreciate that there is a great deal of public interest, but police must maintain the integrity of the investigation and will not comment on details”.

“Why is this act of extreme violence passed over in silence?”

Peta-Lee Cole-Manolis has 12 years of experience on the front lines of child protection and domestic and family violence.

She has supported AK’s family since his alleged murder and has expressed concern about the lack of public information made available by the police.

“Why is this act of extreme violence passed over in silence? »

“Where is this information, why isn’t it made available and why isn’t strong and clear language being used that would hold the author to account?”

“This is a missed opportunity to shine a light on this…and to help other women who have similar power and control to understand that they are at risk,” she said.

Ms Cole-Manolis claimed it was clear AK was at risk of murder based on the standard assessment tool used across Central Australia.

“I just don’t know if we are equipped or not, or if we spend enough time doing these really important assessments, educating and supporting abused women and abused men,” he said. she declared.

Larissa Ellis, chief executive of the Women’s Safety Services of Central Australia, also called on police to release as much information as possible about what happened because without information the ‘horrible’ incident of domestic violence was not not noticed by the nation.

“We have had at least five deaths in the last 18 months of women and children in the Northern Territory; none of them really got national coverage, none of them created an uproar,” she said.

The Northern Territory has the highest rates of domestic violence in the country, which advocates attribute to the ongoing effects of colonization and the legacy of intergenerational trauma.

Ms Ellis said the Northern Territory “is beyond crisis”.