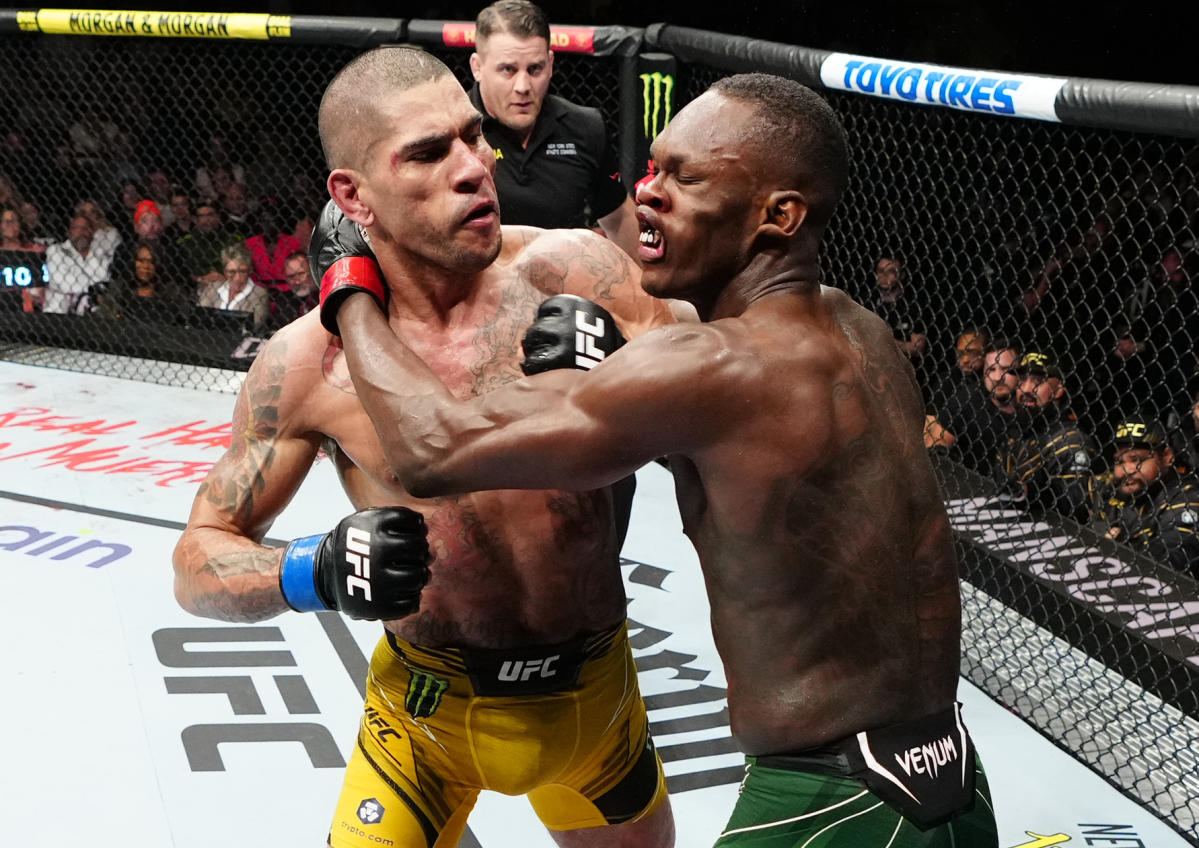 Israel Adesanya was knocked out in his second kickboxing bout by Alex Pereira despite controlling most of the fight until the end. On Saturday in the main event of UFC 281 at Madison Square Garden, history repeated itself. Adesanya was in control, injured Pereira twice and was seemingly on his way to a decision victory.

Then, out of nowhere, the hard-hitting Pereira cracked Adesanya with a combo and the course of UFC history was changed. The first right hand hurt Adesanya and froze him against the cage. Pereira poured it and got the finish at 2:01 of the final round. [Read more.]

In the co-main event, Zhang Weili’s athleticism was on display from the opening moments of his strawweight title fight with Carla Esparza. She was too fast, too strong, and ultimately too good for Esparza, who tried to use her wrestling skills but to no avail. She locked Esparza’s submission in the second round after a brilliant display of high-level mixed martial arts to reclaim the championship belt.

In an instant classic, Dustin Poirier and Michael Chandler battled in a bloody back-and-forth that ended when Poirier locked himself in a rear naked choke in the third round.

Frankie Edgar’s legendary UFC career came to a violent end when Chris Gutierrez put the former champion to sleep with a brutal knee to the chin in the first round. Edgar hadn’t landed anything of note as he looked for an opening. Gutierrez jumped up with one knee and caught it on the chin and like that, it was over instantly. Edgar ends his career with a 24-11-1 record while Gutierrez improves to 19-3-2.

In the main card opener, Dan Hooker ended his two-fight skid with a second-round TKO of Claudio Puelles, who was mostly trying to grab New Zealand’s 6-footer. Hooker fought off Puelles’ first-round submission attempts and ended the fight with several kicks that put Puelles on the mat and forced referee Keith Peterson to call off the fight.