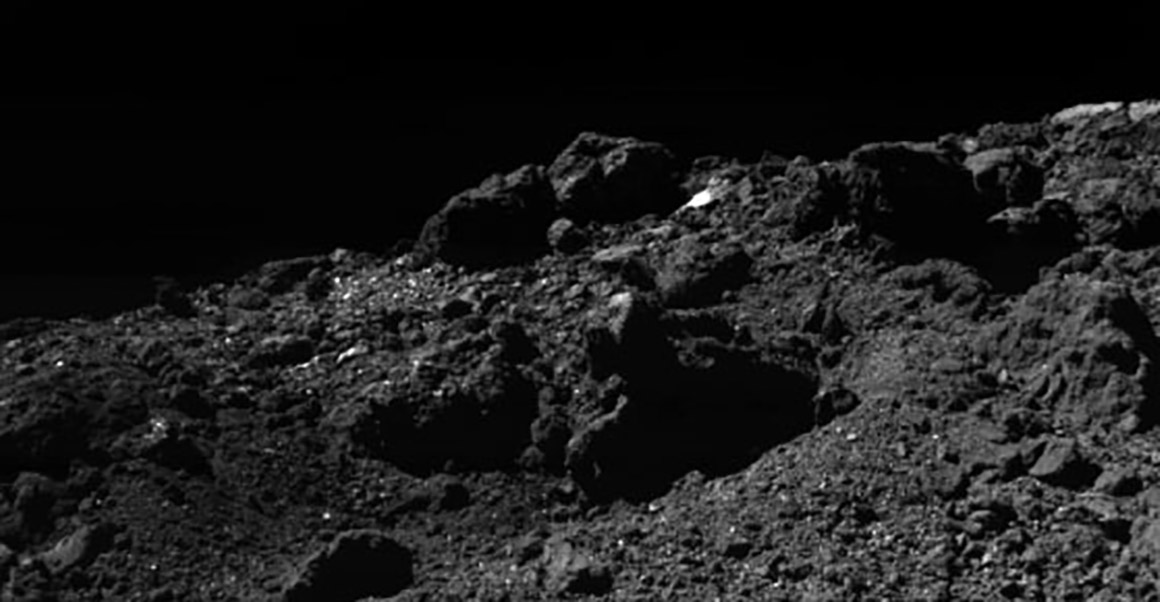 An ancient asteroid reveals the secrets of our solar system

A sample from Ryugu weighing just 5g was taken from the asteroid and brought to Earth by Japan’s Hayabusa2 space probe in 2020. Since then, teams around the world have been working on the small amount of sand and dust in a global effort to unlock its secrets. . What makes the samples so special is that they were taken from space directly from the asteroid Ryugu and remained uncontaminated.

Professor Sara Russell, Senior Research Officer at the Natural History Museum and author of the new paper, said: ‘This research marks a huge success and proof of concept for collecting asteroid samples from space. It reminds me of Sir Walter Raleigh bringing a potato back from the Americas!

When meteorites fall to earth, they are instantly contaminated by our atmosphere and later by the environment in which they land. The samples that were collected by Hayabusa2 are pristine and uncontaminated, which means we can confidently say that what we find when analyzing Ryugu’s chemistry is what is present in the asteroid.

Meteorites that fall to earth often act like a sponge absorbing water and compromising their composition. This means that examples like the Ivuna meteorite that fell to earth in Tanzania in 1938 have a much higher percentage of water than they would likely have as an asteroid in space.

Further analysis of the collected samples hopes to reveal more about the formation of the asteroid and, in doing so, unlock the secrets of how our solar system formed.

Professor Sara Russell concludes: “Understanding the chemical makeup of asteroids like Ryugu is key to understanding how our solar system formed.

“Ryugu’s initial analysis shows strong similarities to meteorites like Ivuna, which shows that we can use our meteorite collection here at the Natural History Museum and the data we have collected on meteorites to feed into the results of the space missions.

The paper Samples returned from asteroid Ryugu are similar to Ivuna-like carbonaceous meteorites is published in the journal Science.

The Natural History Museum is both a world-renowned center for scientific research and the most visited indoor attraction in the UK last year. With a vision of a future in which people and the planet thrive, he is uniquely positioned to be a powerful champion for balancing the needs of humanity with those of the natural world.

It is the custodian of one of the world’s largest scientific collections comprising over 80 million specimens accessed by researchers around the world both in person and through over 30 billion digital data downloads to date. The Museum’s 350 scientists are finding solutions to the planetary emergency, from the loss of biodiversity to the sustainable extraction of natural resources.

The Museum uses its global reach and influence to fulfill its mission to create Earth Defenders – to inform, inspire and empower everyone to make a difference for nature. We welcome millions of visitors through our doors each year, our website received 17 million visits last year and our traveling exhibitions have been viewed by approximately 20 million people over the past 10 years.