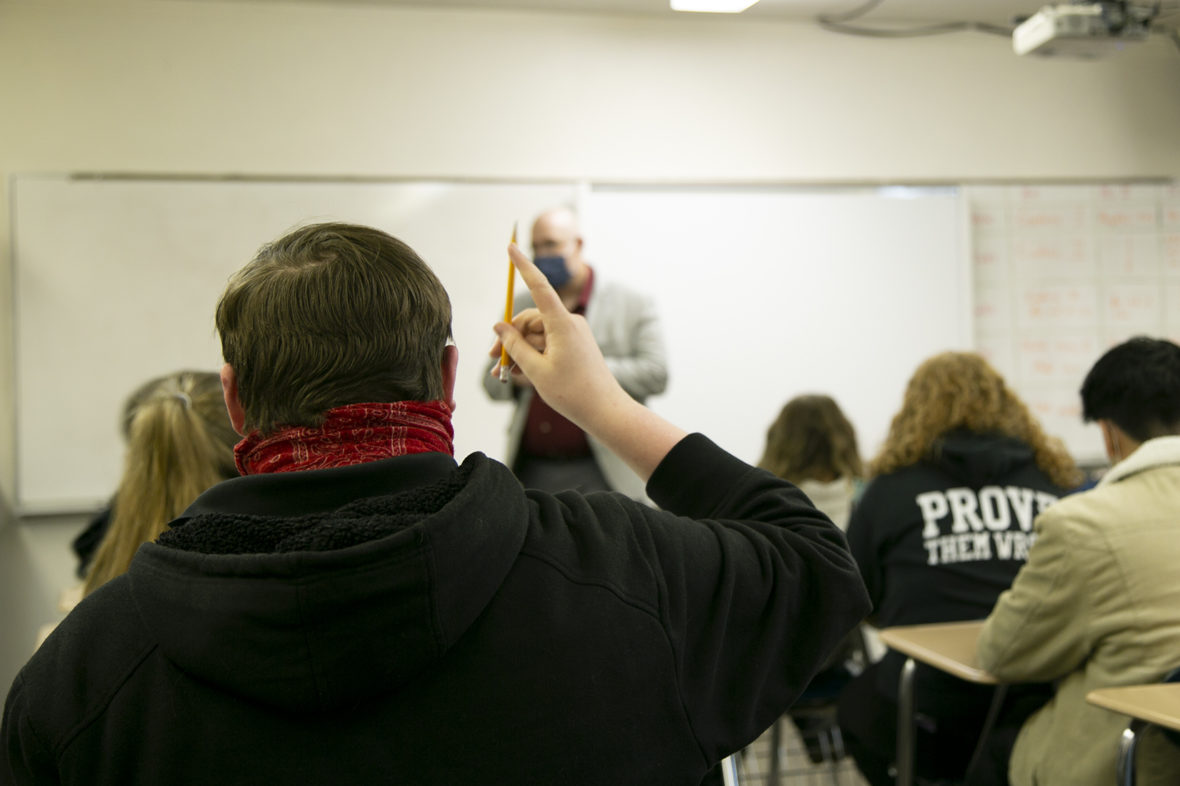 Originally published on IdahoEdNews.org on June 9, 2022

It’s the start of a nervous summer for school principals and human resource managers.

Idaho has hundreds of vacancies for teachers and many schools cannot find qualified applicants. This could translate into vacancies and larger classes – and inexperienced teachers in hard-to-fill subjects such as math, science and special education.

Idaho schools are feeling the full pressure of a broader job market in 2022. And their jittery summer comes after what has been, by the numbers, a good winter for education. The 2022 legislature invested an additional $104 million in teacher compensation and $180 million in improving benefits for school employees. This should increase take-home pay, but may not prevent a teacher shortage.

As one Treasure Valley administrator recently said, “The crisis we’ve been talking about for 10 years is here.

“People are dropping out of school,” said a Magic Valley administrator. “We need help.”

The numbers only tell part of the story

To tie some numbers to the problem, the State Board of Education conducted an informal survey.

The results are incomplete. The State Board only investigated school districts — not the charter schools that serve nearly 10% of Idaho’s students.

And the results are smooth. A week ago, the State Board listed 894 teacher vacancies (Boise-based KTVB reported those numbers on June 2). The State Board updated its tally this week; recent hires have reduced the number of vacancies to 702.

In any case, these vacancies represent less than 5% of a teaching workforce of more than 18,000 people. But the numbers only tell part of the story.

Timing is a big concern. Usually, vacant teaching positions in schools are already filled – with new hires well before the fall. That’s not the case this year, and “we’re now entering the dry spell,” said Tracie Bent, state council planning and policy officer.

Bent can sense the districts are worried and she has strong anecdotal evidence. The State Board’s anonymous survey was optional. But administrators in 90 of Idaho’s 115 school districts have used the survey to sound the alarm.

Of course, vacancies are only part of the HR equation. Another element, just as important, is the number of candidates.

Asked about the candidate pool, compared to previous years, an administrator from eastern Idaho didn’t mince words. “Which pool?”

Across the state, administrators are reporting the same. A shortage of qualified candidates – and not just in fields such as math, science or special education, where candidates are generally hard to find.

As a result, schools are almost certain to fill more of their vacancies by hiring teachers who have completed alternative certification programs, rather than the traditional route of earning a college of education degree.

It’s not a new trend. In 2020-21, nearly 700 new educators received alternative certification, according to a State Board report on the “educator pipeline” completed in March. For the first time in state history, this number of alternative certifications eclipsed the total number of students who completed traditional programs at Boise State University, University of Idaho, Idaho State University and Lewis-Clark State College.

Hiring from alternative programs raises both short-term and long-term issues. Are these new recruits ready to enter a classroom immediately? And do these alternative recruits stay in the profession for the long term? The March State Board report found a significant drop in retention rates for teachers who go through the American Board for Certification of Teacher Excellence — the alternative program of choice for most Idaho teachers. One possible reason: ABCE graduates receive three-year provisional certificates, resulting in a retention cliff in the fourth year.

The Council of State will discuss the investigation at its meeting next week. But the council will not act and receive no recommendations from staff beforehand, Bent said.

But from a policy perspective, state leaders have already spent years trying to solve the problem of teacher retention. Many of these efforts have been focused on the bottom line: compensation and benefits.

Seven years ago, the state adopted the “career ladder,” a teacher salary scale designed to improve the chronically low salaries of Idaho educators. The scale appears to be paying off, according to the State Board’s March report on the “educator pipeline”; retention rates approached 92% in 2019-20, up nearly three percentage points over five years.

The 2022 Legislature used a combination of state money and federal coronavirus aid to pump an additional $104 million into the career ladder — though some schools are using the single federal money for bonuses or one-time allowances, rather than continuous salary increases. And the $180 million for benefits is designed to save teachers on health care costs, which amounts to a pay raise.

Yet even so, schools face the prospect of teacher shortages in the fall. And in the recent State Board survey, some administrators say the state should consider stipends to cover relocation or rising housing costs — increasing increases that don’t always keep up with inflation or wages in the neighboring states.

“This is a problem we all saw coming – very low wages compared to other states,” wrote a Magic Valley administrator. “Now the cost of living has exceeded annual increases and there is no more affordable housing available. Perfect storm.”

The housing crisis is a definite factor, of many, Idaho School Boards Association deputy principal Quinn Perry said this week.

“We can no longer just point fingers and say, ‘Raise teachers’ salaries,'” she said. “It goes so much deeper and further.”

A matter of respect

This year’s investments in salary increases and benefits come after two unusually difficult years in education. The stress of COVID-19 shutdowns and the abrupt shift to online teaching. The uncertainties of returning to face-to-face learning in the midst of a pandemic. The challenges of helping students overcome learning loss and mental health crises. The Nationalized Backlash on Critical Race Theory.

“There are early warning signs that the changing social and political context of public education may soon lead to an increase in the number of educators leaving the field early,” wrote program manager Nathan Dean. effectiveness of State Board educators.

This year’s benefit hikes and increases represent a “significant step forward,” Idaho Education Association spokesman Mike Journee said this week. But he said the 2023 legislature needed to do more to make teaching jobs more attractive – from school safety and student mental health to recognizing the “nobility” of the profession.

But ahead of the 2023 legislative session, schools face a jittery summer in the job market.