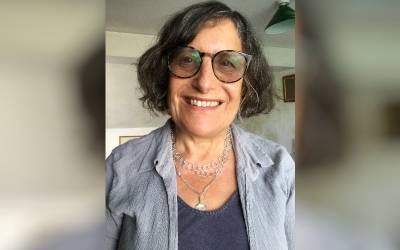 Analysis: History of secret education of girls in Afghanistan and its use as a political symbol

Writing in The Conversation, Professor Elaine Unterhalter (IOE, UCL Faculty of Education and Society) explores the history and past shortcomings of efforts to educate girls in Afghanistan, ranging from development efforts in the 1960s to secret schools under the Taliban.

In August 2021, the Taliban took over Afghanistan, and since then secondary education for girls in the country has been banned. However, there are reports of clandestine schools for girls despite the ban. Teenage girls would take extraordinary risks to attend classes. Their teachers bravely share their knowledge, even if they don’t have extensive experience or the backing of an education system.

Girls’ education was also banned during the previous period of Taliban rule in Afghanistan (1996-2001). At that time, too, girls attended secret schools.

Not much was known about these schools during the Taliban rule. A 1997 report noted that the Swedish Committee for Afghanistan supported 125 girls’ schools and 87 coeducational primary schools and home schools. An article in the Guardian in July 2001 stated that aid agencies had estimated that 45,000 children attended secret schools.

After the defeat of the Taliban in 2001, the educational work of the Revolutionary Women’s Association of Afghanistan (RAWA), which they carried out during Taliban rule, has been widely documented.

Prior to 9/11, international knowledge of these secret girls’ schools was very limited. But after 9/11, the Taliban’s misogynistic actions regarding women’s rights and girls’ education became a mainstay of the US War on Terror argument.

During a visit to Afghanistan in December 2001, UNICEF Executive Director Carole Bellamy made reference to secret schools as part of an appeal for financial assistance. The existence of these schools exercised considerable symbolic power.

Since the 1960s, girls’ education has been promoted in international development and aid policy as a means of limiting population, coping with economic growth, or contributing to political stabilization. Girls and their education were described as a development intervention and a “good buy” for project funding. The argument is that when women are educated and working, they help reduce poverty, improve the health of their children and promote social and cultural cohesion.

But these policies may not address or investigate the needs, rights or capacities of girls themselves, or broader gender conditions and intersecting inequalities. They are often promoted without any sustained commitment to broader policy goals for gender equality or women’s rights.

A commitment to women’s education can be hampered by insufficient long-term funding for broader gender equality initiatives, as well as inadequate representation of gender equality concerns in discussions on the restoration of peace. They mean that even when girls return to school in large numbers, practices inside and outside of education may still reflect the social divisions and gender inequalities that predated the conflict.

In November 2001, Laura Bush, wife of US President George W Bush, made a highly publicized radio address condemning “the harsh repression and brutality against women in Afghanistan.” “The fight against terrorism is also a fight for the rights and dignity of women,” she said. The war was justified because of the Taliban’s ban on girls’ access to school. A narrative has emerged of the need to “save” Muslim women.

One consequence of this was the risk that conservative groups in Afghanistan could link women’s education and other women’s rights measures to US aggression and colonial or geopolitical ambitions – meaning that a future anti-American movement may also seek to restrict these rights.

Nevertheless, in the post-Taliban era (2002-2021), a huge expansion of education has taken place in Afghanistan, with many important initiatives in girls’ education and women’s rights. However, deep social divisions remained and many girls were still out of school.

The Taliban’s takeover in August 2021 halted the growth of secondary and higher education for young women that had taken place for two decades. Promises made by the Taliban to reopen schools in 2022 have been retracted.

Unlike the limited reports of underground girls’ schools in the 1990s, there are now many stories circulating about secret schools. More detailed reports can come from better opportunities to share information using new technologies, or from the initiatives of educated girls and women.

But, to date, there has been no systematic analysis of these reports. There are divisions among Taliban leaders over how girls should be in high school and college, or under what conditions.

The sketchy reporting means it is unclear who can and cannot attend underground schools, what girls in these schools can and cannot do, and who funds them.

In the 2000s, women’s education became an integral part of the War on Terror narrative. Today, positioning girls’ education, gender and women’s rights in the peacebuilding process remains a work in progress.

But one type of initiative is rarely enough. Many coordinated processes are required. These processes of global cooperation and policy guidance are cumbersome and remote from the pressing needs and wishes of girls locked out in Afghanistan, but they are a necessary step.

Debate continues as to whether educating girls alone is an approach that will allow other transformations to follow – or if it is simply a limited intervention, which can be undertaken without engaging the politics of consolidation of peace that would provide a stronger basis for women’s rights.

This article originally appeared in The Conversation on August 23, 2022.

/Public release. This material from the original organization/authors may be ad hoc in nature, edited for clarity, style and length. The views and opinions expressed are those of the author or authors. See in full here.
2022-08-24
Previous Post: Historic Children’s Home Archive Opens with Donation from Former Resident | About
Next Post: Northern California man wins biggest ever Scratchers ticket prize