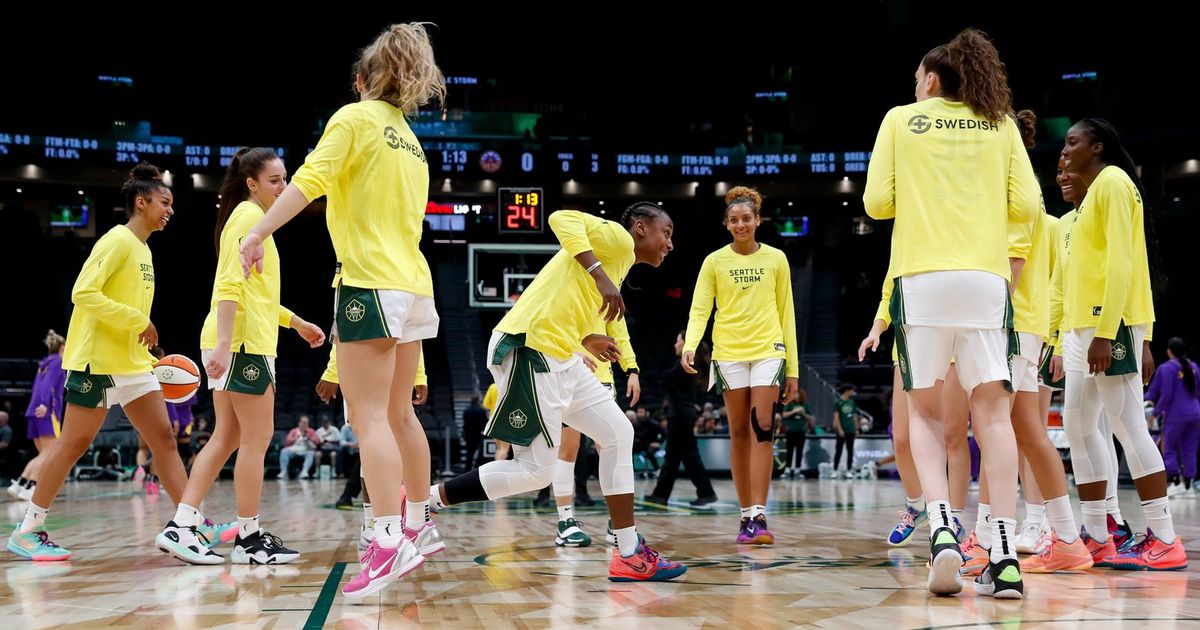 Analysis: Three keys to the Storm entering the 2022 WNBA season

As the Storm prepares to open its 23rd season, several questions hang over the four-time WNBA champions, who could close one of the greatest chapters in franchise history.

There are quite a few uncertainties given that Sue Bird plans to retire, Breanna Stewart is a free agent next year and the number of newcomers on the field and on the sidelines of second-year coach Noelle Quinn, who revamped her staff ahead of her first full season at the Helm of the Storm.

So what should we expect this season, which begins at 7 p.m. Friday when Seattle takes on the Minnesota Lynx in a highly anticipated home opener and regular season opener at Climate Pledge Arena?

Of Seattle’s Big Three, Seattle can least afford to lose Stewart. That’s not to say Jewell Loyd and Bird are expendable, but the team is built around the 6-foot-4 do-it-all dynamo who is a perennial MVP candidate.

To her credit, the 27-year-old Stewart has been remarkably durable over her seven-year WNBA career. The three-time WNBA All-Star forward missed just one game in her first three years in the league before sitting out in 2019 while recovering from offseason surgery to repair a torn right Achilles.

However, in each of the past two years, Stewart has missed games near the end of the season. Her two-game absence didn’t hurt the Storm in 2020, given that she led Seattle to a league championship and won the Finals MVP.

Last year, Stewart missed four games in the streak and the Storm went 1-3 in his absence. She also missed Seattle’s second-round playoff loss with a left Achilles injury.

Since 2018, the Storm have gone 75-21, including 12-2 in the playoffs, in games in which Stewart has appeared. His winning percentage of .781 during that span is the highest among WNBA players.

Part of Seattle’s troubles last year ended in its failed attempt to find a meaningful role for seven-time WNBA star forward Candice Dupree, who started two of 16 games before the Storm accepted. mutually a $142,000 buyout and released the 16-year veteran of the season midway through the season.

And to a lesser extent, forward Katie Lou Samuelson hasn’t gone to plan during her year in Seattle. The Storm traded her with this year’s No. 9 pick in the WNBA draft to Los Angeles in exchange for Gabby Williams.

Williams and Briann January, who were both given guaranteed one-year contracts worth $144,000 and $140,000 respectively, were brought in to bolster what was once the league’s stingiest defense that is in decline since losing defensive stalwarts Natasha Howard and Alysha Clark in free agency in 2021. .

However, Williams and January missed all of training camp and two pre-season games while playing overseas. They had their first practice with the Storm on Tuesday, three days before the start of the season.

Williams is expected to compete with Stephanie Talbot for the starting small forward position while January is expected to play important minutes behind Bird.

Quinn wants to use a 10-man rotation in hopes of reducing the Big Three’s workload to keep them fresh for the playoffs.

It’s imperative that the Storm get off to a quick start in the WNBA’s expanded 36-game season, given that 9 of its first 11 games are at home. The first leg features an 8-game homestand, which is the longest in franchise history. Seattle will play half of its home games in the first 4½ weeks, which means 16 of the last 25 games are on the road.

The Storm, who went 5-6 in the last 11 games last year that precipitated a drop from first to fourth in the standings, will struggle to avoid a similar drop given that eight of their last 11 matches are on the road.

The arduous stretch from Seattle includes three brutal road trips. The Storm plays defending WNBA champion Chicago and Phoenix before returning home on July 24 to face Atlanta. Next, Seattle makes its final trip to the East Coast, which includes a stop in Connecticut before back-to-back games in Washington. After a two-game homestand, the Storm close out the season with a three-game road trip against Chicago, Minnesota and Las Vegas.