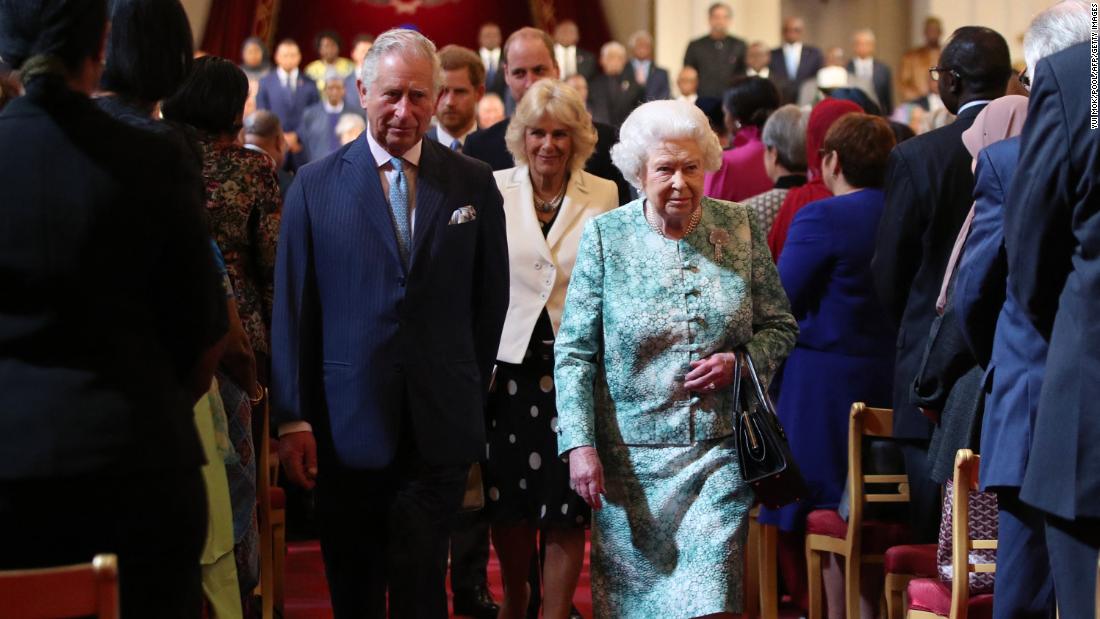 Analysis: Why is Prince Charles heading to Rwanda?

By: Virginia H. Robinson
In: History analysis
The Duke and Duchess of Cambridge were surprised by photo ops which some have criticized for their colonialist undertones. The Jamaican Prime Minister publicly told the couple that his country would “move on”. Prince William later acknowledged that the overseas tours were an “opportunity to reflect”.

A follow-up visit to the region by the Earl and Countess of Wessex then had to be rearranged to avoid Grenada, where there were calls for the UK to pay reparations for slavery. The government feared the issue would overshadow the visit.

A visit to Canada by Prince Charles and the Duchess of Cornwall last month was less controversial – although there is a republican movement there, it is not rooted to the same extent in slavery issues and race.

The heir to the throne could face more scrutiny in Africa next week when he attends the Commonwealth Heads of Government meeting in the Rwandan capital, Kigali. While the Queen is the head of the Commonwealth, the role is purely ceremonial and the UK has no more power within the group than any other country.

Charles will represent her, which will help prepare everyone for when he takes the lead. The question that inevitably arises is whether he will be as efficient as his mother, but he is no doubt used to it. The deeper question that arises is whether, with its origins in the British Empire, the Commonwealth is still relevant.

The location of the 2022 meeting may provide an argument in favor of the organization. Host Rwanda only joined in 2009 and have no historical ties to the UK. Indeed, it will be the first time that a member of the royal family will set foot in the country.

“My wife and I are looking forward to meeting the leaders of the Commonwealth and, for the first time, being able to visit Rwanda,” Charles said ahead of the visit. “Over the years I have learned a great deal about the ideas, concerns and aspirations that people across the Commonwealth have so generously shared.”

There will be other engagements built around the main event. Charles will visit a university and wildlife sanctuary and attend summits on sustainable business and tropical disease. Camilla will go to a library and later give a speech about violence against women and girls. Together they will lay a wreath at the Genocide Memorial and meet survivors and perpetrators of the 1994 Tutsi massacre.

British Prime Minister Boris Johnson will also attend ‘CHOGM’, as the meeting is called. He will not be able to avoid questions about his asylum policy, following a storm at home. It has tried and failed – so far – to get legal permission to fly people seeking asylum in Britain to Rwanda for processing, with successful applicants granted permission there. asylum instead. Charles reportedly described the plan as “appalling”. Photographers will be looking for any signs of tension between the two, although the prince will be careful to avoid any accusations of political interference.

For the inside track of the Rwanda tour, look no further than this newsletter. We will travel with Charles and Camilla to and from Kigali. See you here next week…

The Queen takes a new step!

There were no bells and whistles this time around, but Queen Elizabeth II quietly broke another record last week. On Sunday, she officially became the second longest-serving monarch in world history. The Queen overtook Thailand’s King Bhumibol Adulyadej, who died at the age of 88, after spending 70 years and 126 days on the throne between 1946 and 2016. In case you were wondering, the reign record the longer belongs to Louis XIV of France. He reigned for 72 years, 110 days, from May 14, 1643 to September 1, 1715.

The Cambridges paid tribute to bereaved parents and survivors of the Grenfell Tower fire on Tuesday, exactly five years to the day after the tragedy. The couple chatted with attendees before taking their seats for the multi-faith service at the foot of the building. They joined the congregation in a 72-second silence in memory of the 72 victims who perished in the fire that tore through the skyscraper in west London. After the memorial service, the couple laid a wreath in honor of the victims. In 2017, William accompanied his grandmother to the site to meet members of the community affected by the fire.

Ahead of Prince Charles’ visit to Rwanda, two girls wrote a plea to the heir to the British throne for CNN. Carine and Anaïse Kanimba are the adopted daughters of Paul Rusesabagina, the manager of the hotel that inspired the film “Hotel Rwanda”. He was convicted of terrorism-related charges and sentenced to 25 years in prison last September, in what his supporters called a politically motivated show trial. The US State Department said last month that Rusesabagina had been “wrongfully detained”. In an op-ed for CNN, his daughters ask the visiting royal ‘not to remain silent’ and ‘not to shake hands with the tyrant who is holding our father as a political prisoner’.

Most of us have read the tales of King Arthur and his Knights of the Round Table. At the very least, you’ve probably seen the 1963 Disney classic “The Sword in the Stone.” Well, it turns out the Arthurian legend has even had a few blue-blooded fans over the centuries. In fact, King Edward III was so taken with it that nearly 700 years ago he created his own group of chivalrous knights, the Order of the Garter.

Today, this elite institution still exists, and each June it meets for the annual Garter Day procession in Windsor, after which new members are welcomed into the fold, a luncheon is held, and then it’s at St. George’s Chapel for a service. The event is quite spectacular, as traditionally the Queen and Knights – who are now both male and female – don fabulously grand velvet robes with feathered hats for the parade. Members of the order – 24 in total, plus some members of the royal family – are personally chosen by the sovereign, in recognition of an individual’s service to the nation through public office or to the monarch personally .

This year’s event caused a stir when former British Prime Minister Tony Blair was invested as a member of the Order of the Garter, becoming “Sir Tony”. Beyond the castle walls, Stop the War activists and members of the Free Assange movement protested the former leader’s appointment to the nation’s highest order of chivalry, chanting ‘war criminal’ and holding up signs. Separately, there was royal drama after it was revealed Prince Andrew had been barred from attending parts of the day. A royal source told CNN on Monday that the embattled royal would only go to private events and not be seen in public, in what was seen as a “family decision.”

Max went deeper into Britain’s oldest and oldest order of chivalry on TikTok:

PICTURE OF THE WEEK

Prince Charles takes a look at the ponies as he and Camilla – along with several other members of the Royal Family – enjoyed a day out at the races at Royal Ascot 2022. Unfortunately the Queen was not present, due of her mobility issues, and was likely watching from the comfort of her Windsor home down the road, especially as she had a few horses racing on Gold Cup day. Both finished second in their races, but the events would still have thrilled the monarch, according to her race director, John Warren.

He told UK news agency PA Media he was “disappointed for Her Majesty” but “she understands”. He explained that horses are “her passion, and the Queen would have soaked up everything there was to see. She’s so committed to them, it’s good to know she probably sees more of them than we do!”

“If we unite to highlight the importance of early childhood development, we will soon see that healthy, happy individuals create a healthier, happier world. That’s why every second we spend with a child is an investment in our collective future.”

The Duchess of Cambridge

Kate, who founded the Royal Foundation Center for Early Childhood last year, made the remarks as the organization unveiled new research on public perceptions of early childhood development on Thursday. One of the findings revealed that while nine out of 10 agree on the importance of the early years in shaping a person’s future, less than a fifth acknowledge the “unique” importance of the period between 0 and 5. Alongside the new research, the Duchess hosted a panel discussion with representatives from the early years sector, including UK Health Secretary Sajid Javid and Family Minister Will Quince.

Attention Royal News team: as mentioned above, we are traveling with Prince Charles and the Duchess of Cornwall to Kigali. next week, which is jam-packed with events through Friday night local time. Therefore, the newsletter may come out a bit later next week, to make sure we haven’t missed anything. We just wanted to make sure to let you know in case you were worried when it doesn’t drop into your letterbox at the usual time.