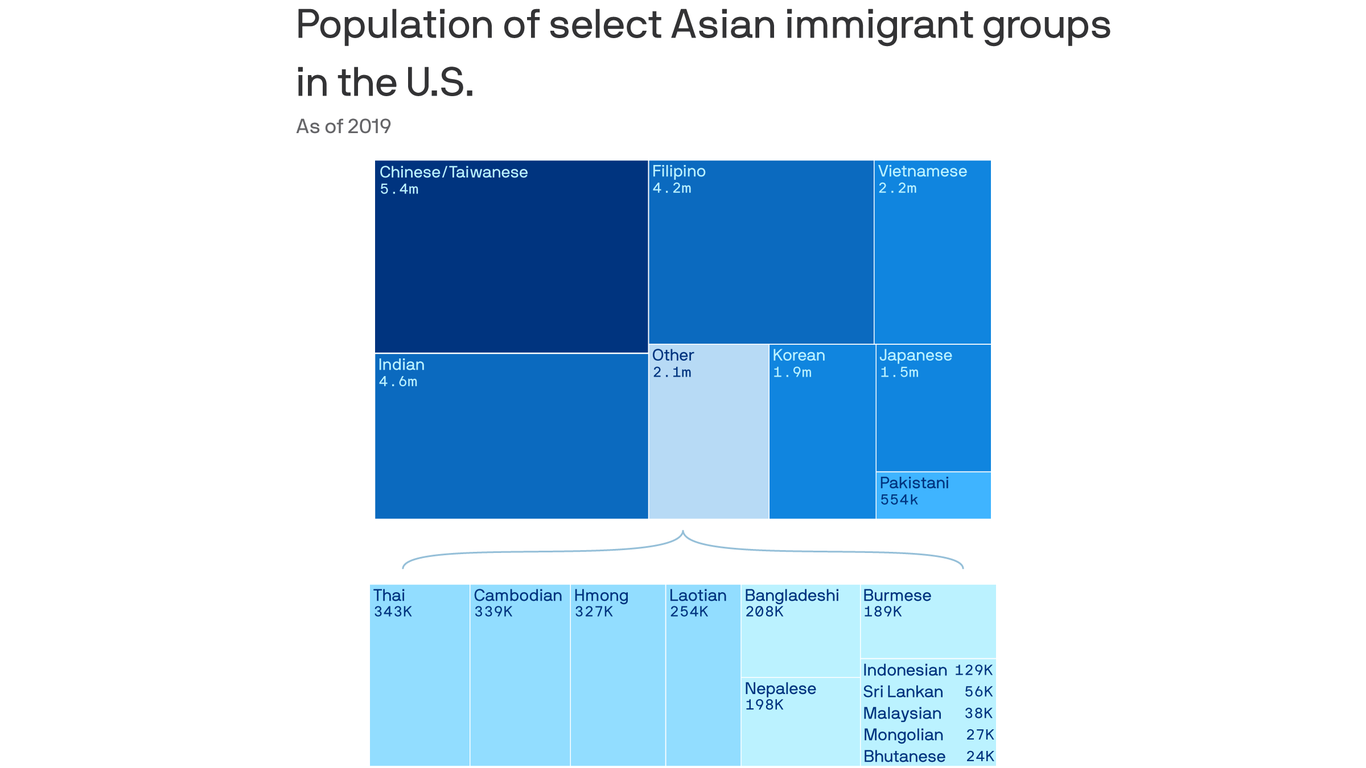 Asian Americans hail from dozens of countries — and their experiences in America are very different depending on where they’re from.

Why is this important: This large and diverse group is often lumped together under the “model minority myth” — the stereotype that all Asian Americans are well-educated, wealthy and successful.

But because this data is rarely disaggregated, “Asian Americans have had to repeatedly state that they suffer from racism, hostility and violence,” says Ellen Wu, a history professor at the University of Indiana.

The big picture: The Asian American population doubled from 2000 to 2019, reaching 22 million. Asians are the fastest growing group in America – outpacing white, black and Hispanic Americans and expected to exceed 46 million by 2060, according to a Pew study.

By the numbers: The median Asian household income in the United States is $85,800 and 54% have college degrees, per Pew.

Challenges : “So many groups have been overlooked and ignored,” says Quyên Dinh, executive director of the Southeast Asia Resource Action Center.

What to watch: Activists and experts see a silver lining in recent spikes in anti-Asian violence. “There’s a new spotlight on the Asian American community,” Dinh says.