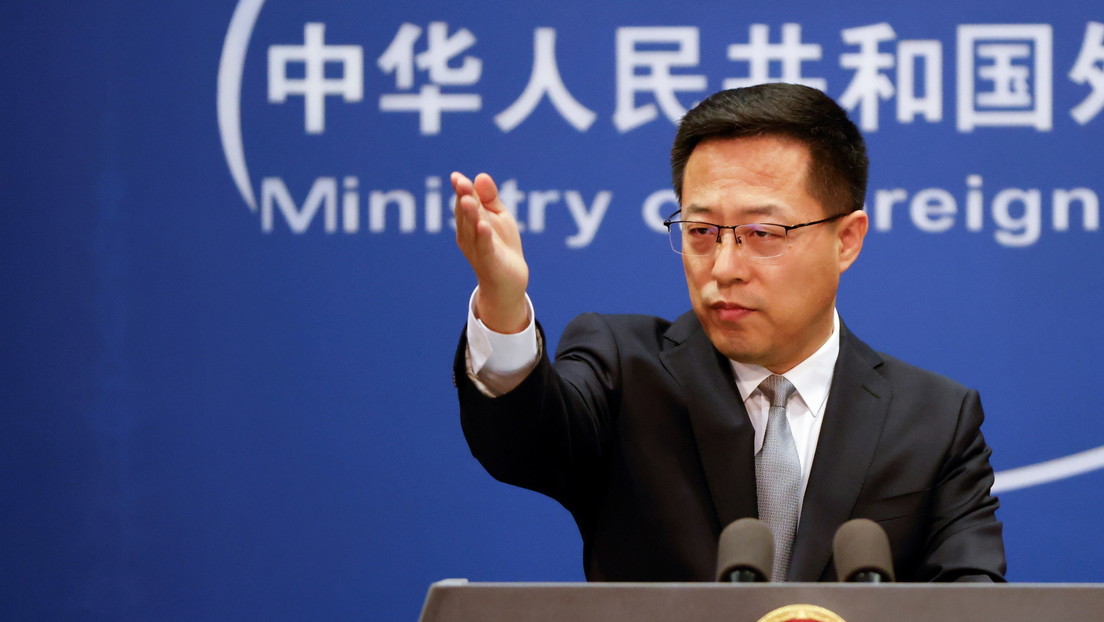 The spokesperson for the Chinese Foreign Ministry, Zhao Lijian, on Monday appreciated during a press conference the recent opening of a representative office of Taiwan in Lithuania and he said that the Baltic country will suffer the consequences. consequences if he continues to deviate from one China. principle.

According to Zhao, Lithuania “completely deviated from the political commitment” assumed by Vilna after the establishment of diplomatic relations between the two countries. On the other hand, he defended the territorial integrity and national sovereignty of China as an act of “justice”.

“The betrayal of Lithuania and its position against justice they won’t end well“Zhao asserted. Some people and forces in Lithuania insist on fighting with separatists for “Taiwan independence” and will end up being dragged in the trash of history if they walk in the dark, ”added the Chinese spokesman.

Bilateral relations between China and Lithuania have deteriorated after the Baltic country authorized the opening of a Taiwanese representative office in Vilnius last July, the opening of which on November 18 drew sharp criticism from from Beijing. Unlike other Taiwanese diplomatic missions in Europe and the United States, which are called “Taipei Offices” To avoid a direct reference to the island, the Vilnius office is named after the Taiwanese Representative Office in Lithuania.

In response, China withdrew its ambassador to Vilna and declared the Lithuanian ambassador to Beijing persona non grata. In November, following the opening of the representative office, China downgraded diplomatic relations with Lithuania to the level of charge d’affaires, a cut below the ambassador.

For its part, Lithuania withdrew in December without prior notification to all staff at its diplomatic mission in Beijing.

2021-12-25
Previous Post: Things to do and see in New Bern that you can do even on a cold day
Next Post: Explosion of Ludhiana, sacrileges, lynchings… what is going on in the Punjab?