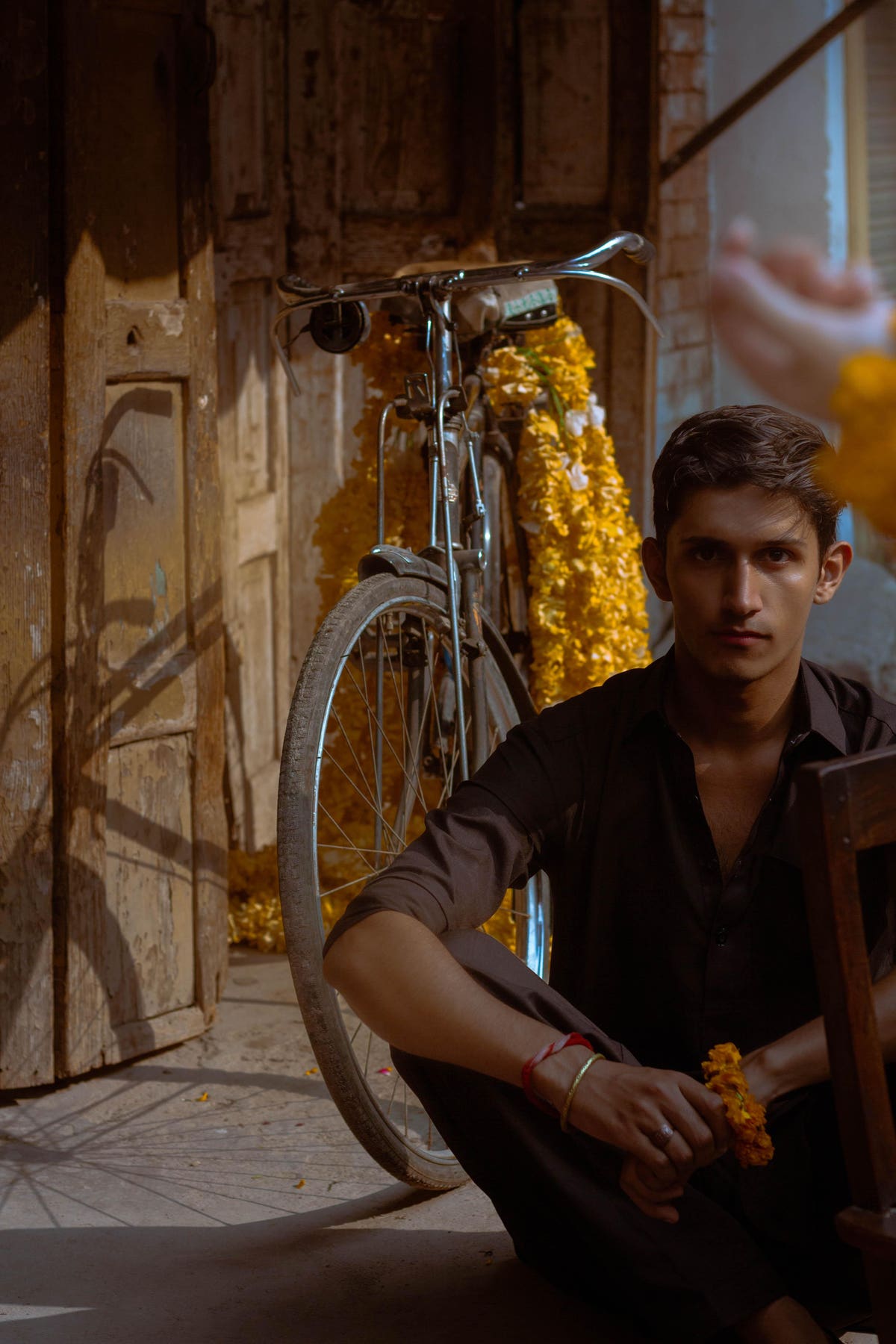 Hassaan Tauseef was only 11 years old when he began to feel drawn to the local history and culture. Drawing a series of sketches of ancient doors inspired by the Badshahi Mosque in Lahore, Pakistan, and the City Palace in Jaipur, India, Tauseef was fascinated by historical heritage sites and their long-forgotten stories.

Born and raised in Rawalpindi, Pakistan’s Punjab province, 21-year-old Tauseef currently moonlights as a tour guide, taking groups of local and foreign tourists through the ancient sites of his city, unearthing the gems hidden, albeit in ruins, of Rawalpindi.

“Rawalpindi was a majority Sikh and Hindu city before partition. During the week of partition, almost the entire population left the city, leaving behind a ghost town where there were many buildings but no stories to tell about them,” says Tauseef. “Pindi Heritage Tours has become a means of unearthing these stories.

After launching his tour guide platform in January 2021, the young architecture student and activist has welcomed more than 700 tourists from over 43 countries in a short time.

But Tauseef never planned on becoming a tour guide. It happened by chance during his architectural research, as part of his Rawalpindi Heritage Project, a project that revolved around the history of pre-partition buildings in the city.

“Before I knew it, the research quickly turned into cultural research and exploration of Rawalpindi,” he says, “At the time, Pindi Heritage Tours was not really a concrete idea, but at the During my research, I realized that my city’s history had been deliberately erased – or hidden – and how many people often feel so disconnected from its history. That’s when I decided that I wanted to create a platform for people to come together and share stories about Rawalpindi’s past.

Beginning by taking groups of students to historical sites in the city, he mentions that during the tours, the conversations didn’t just focus on the buildings, but also branched out to an aspect of partition and colonization.

“Pindi Heritage Tours has manifested itself as an initiative to educate our young people about the city’s diverse architectural, cultural and religious heritage,” says Tauseef, who runs the solo platform from research to tours.

“These tours gave me the opportunity to have great conversations with older tourists who lived in Rawalpindi in the 50s and 60s. They have so many fascinating anecdotes to share about the city and it amazes me to every time. These are the moments I live for.

Interviewing refugees from the partition during his research work, Tauseef says he wanted to “immortalize” their stories for future generations, in addition to bringing “cultural context” back to his beloved city.

From reading books, articles, research papers, analyzing colonial documents and photographs, Tauseef is on a mission to create an archive of oral histories and anecdotes through its platform.

“As part of the research, some stories have really hit hard,” he says, “A woman I interviewed once told me she was 16 when she was partitioned. She told a very sad story of when the temples in Rawalpindi started to be attacked during the riots and how people started forming human chains around the temples to protect them. But the attackers were undeterred and started shooting at the temples. If you see any of the Rawalpindi temples today, you will still see the bullet holes on almost everything of them. It’s one of the most shocking things to see. It makes you relive the story.

Although he is hopeful about the conservation and preservation of Pakistan’s heritage sites, Tauseef says he has come to terms with the fact that the process can take a long time.

“The first step towards conservation is documentation. To be honest, we didn’t do much in Pakistan. For example, there are currently over 40 abandoned Hindu temples in Rawalpindi which are badly neglected. Only through documentation can you begin to register sites and raise awareness. The next step is restoration. I find peace in the fact that Pakistanis work tirelessly on the architectural history of the country so that the stories will never be forgotten.

Currently, Tauseef is pushing for the restoration of a magnificent temple in Rawalpindi and hopes the local government will approve the project.

“I want to move towards compiling all of this research into a book so that Rawalpindi’s stories can be remembered for a lifetime. long time,” he says, speaking of his plans for the future. “However, one of the things I’m really looking forward to continuing is my oral archive of score stories. I want to spend more time on it because it’s the last dying generation that experienced the score. And that has to archive quickly.