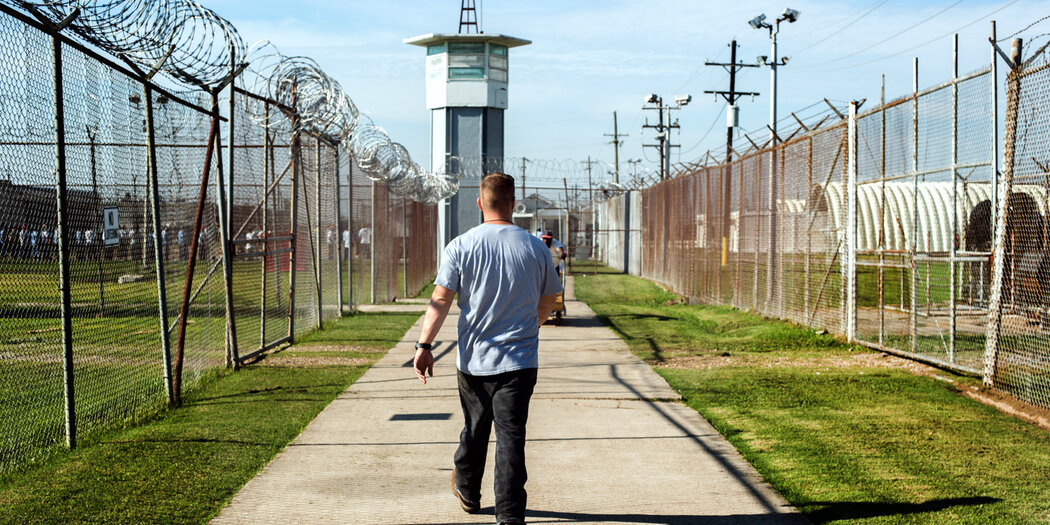 Beyond the era of punitive excesses

This test is part of the The Brennan Center Series examining the punitive excess that has come to define the American criminal legal system.

How does the era of punitive excesses come to an end?

In December, the Charlottesville, Virginia City Council voted unanimously to donate the city’s statue of Confederate warlord Robert E. Lee to the Jefferson School African American Heritage Center, which offered to donate it melt down and use the bronze to create “a new work of art that will reflect racial justice and inclusion. The center’s proposal was called ‘Swords into Plowshares’. According to Andrea Douglas, the center’s executive director, ” we’re taking something that was harmful, taking something that was the source of the trauma, and turning it into something that’s more respectful of democratic and community space.

If mass incarceration is the bronze statue of punitive excess, it must now be melted down and transformed. What has been traumatic and painful must be replaced with a new vision of justice that promotes community well-being, not oppression, and celebrates democracy, not racial domination.

The era of punitive excesses documented in the Brennan Center’s collection of essays represents the latest chapter in a long history of white supremacy and economic injustice, and is a multi-count indictment of the system. criminal laws created in its wake. To turn the page on this chapter, we offer an honest account of the harms of punitive excesses.

Judgment requires a commitment to telling the truth, starting with the tangle of fictions that stand in the way of change: punishment protects us, justice is found in courtrooms, disputes are best resolved through an adversarial process, injured parties need retaliation, prisons are places of rehabilitation, the sentence ends once one leaves prison, the rich and the poor receive equal treatment under the law. Among the fictions of justice, perhaps the most important is the idea that monumental racial disparities were necessitated by patterns of crime and demanded by communities of color. A balance sheet is necessary to set the record straight.

Our idea of ​​a calculation has three key elements.

First, a settling of scores is a landmark project that confronts decades of criminal prejudice that have punctuated centuries of structural racism. History reveals how the institutions entrusted with the task of security have functioned as instruments of control and isolation. History explains why the demographic contours of criminalization and mass incarceration align so well with racial exclusion and extreme poverty. The history of slave patrols, convict labor, black codes, lynching terrorism, violent repression of black political power after Reconstruction, role of police and courts in enforcing supremacy white – understanding the history of all these offenses against black American communities can propel the demand for a new vision of justice that holds them accountable.

Second, a calculation is not just a historical reflection. An honest calculation will also lead to another kind of political dynamic, in which community representatives will play a central role. Fueled by communities that have suffered at the hands of punitive excesses, a process of settling scores can disrupt the status quo and challenge established political norms. We have already glimpsed the propelling force of historical reckoning in the work of community movements to close prisons, reform bail, cancel court debt, and eliminate stops and frisks in courts across the country. By explaining how the current criminal justice orthodoxy has weakened democratic ideals, deepened poverty and racism, and harmed individuals and communities, the awareness foreshadows a fundamentally different vision of justice. The narrative of historic wrongs will make community demands for the realization of this new vision urgent. We hope that the truth and sharing of power involved in the calculation will promote engagement rather than estrangement, activism rather than alienation. The fertile ground of community conversation has the potential to nurture a new generation of leaders, empowered to sustain the movement from vision to reality.

Third, a reckoning must also engage the public officials who led the behemoth of justice. They should be enlisted in the work of fundamental change, in part because of the harm they and their predecessors have caused. Revealing the truth should give community representatives the opportunity to confront authorities with a direct account of the harm they have suffered and their plans for redress. Police abuse, long gratuitous sentences, the indignity of solitary confinement, and the unpayable burden of fines and fees all deserve accountability from the officials who design and run the system. The myth that safety is rooted in punishment can be powerfully exposed if community members explain how countless stops, arrests and incarcerations by police have put them at risk. Public officials must also be engaged for the pragmatic reason that they are squarely at the forefront of inertia and resistance. A truth-telling process that invites their participation will provide some leaders with opportunities to become champions of change. In a struggle for fundamental transformation, the voice of the convert has a unique zeal and credibility.

In its most accomplished version, a calculation opens the door to policies that disrupt the logic of punitive excess. Communities themselves would have a much stronger hand in designing how and for whom security is achieved. The pursuit of justice would build on the strengths of the community to advance the goals of healing and forgiveness. Accountability of public officials would reflect a commitment to transparency and civil authority. Sanctions for members of the community who harm others would demonstrate unwavering respect for their worth and dignity and be proportionate to the harm they have committed.

Interrupting the logic of punitive excess by addressing the legacy of white supremacy is as much a process as an outcome. Sustained dialogue, grounded in history, led by the voices of affected communities and confronting those responsible for the harms they have caused or perpetuated, will be hesitant at times and often frustrating. But, we hope, such a process can enable fundamental change by sharing power and broadening the coalition for change. Such a process requires a new justice policy.

A balance sheet will necessarily delve into the significant trauma and harm caused by the agencies of the justice system, harms so powerfully detailed in this series of essays. Beyond listing these harms, an honest reckoning will also ask whether the police and correctional facilities that claim responsibility for security actually provided it. This is especially important today, when gun violence and homicides are on the rise. At a time when we can clearly see the failure of punitive excesses, the upward trend in delinquency is somehow feeding the status quo. A review of history will reveal the paradox that reliance on the police and prisons has resulted in significant trauma and harm, and the promise of community safety and well-being remains elusive. We must come to terms with history to create a different kind of security that responds to the threat of violence, builds stronger communities, and advances a new vision of justice.

Skeptics will say that this utopian vision of justice is unattainable in America. We understand the many political forces deployed against such a vision. A racist and authoritarian ideology is deeply embedded in our judicial system. Much of the public sees tough-on-crime policies as effective responses to crime and disorder. The juggernaut of justice is supported by powerful economic interests and entrenched career incentives. Community residents struggling for public safety also regularly turn to the police and prisons for help – but that knee-jerk reaction itself comes against a backdrop where residents often have few alternatives to choose from. We believe that by empowering communities that experience harm, mobilizing coalitions to influence public policy, and speaking the truth about punitive excesses, a process of accountability can counter opposition forces.

We recognize that the road to dismantling systems of injustice is long and that progress is not linear. We also believe that dismantling the solid architecture of punitive excesses will require more than marginal reforms. The statue must be removed from its pedestal, melted down, and recast into something new.

History teaches us that a settling of scores with history occurs only rarely, and often in the context of painful regime change, such as defeat in war, political revolution, or accumulated moral outrage. Just consider the history of the Truth and Reconciliation Commission in post-apartheid South Africa, the establishment of a democratic Germany after the horrors of the Holocaust and the revelations of the Nuremberg trials, or the brief experience American race-inclusive democracy in reconstruction. before it is destroyed by a century of resurgent white supremacy. These and other examples of nations coming to terms with their historical injustices underscore the complexity – and the necessity – of a process of awareness as a prerequisite for a new kind of justice.

A reckoning does not precisely determine how the swords of punitive excess are beaten in the ploughshares of community empowerment, but we hope it creates space for such a political process to begin. This process embodies the values ​​of dignity, democracy and truth. It actively pursues the promise of a multiracial democracy. These values, when instilled in political dialogue, have the transformative power to eclipse the era of punitive excesses.

2022-04-05
Previous Post: “Friendly viruses” may be the next big thing in the history of medical research and more; here’s how
Next Post: How the Dragons went from great NRLW underachievers to the brink of the club’s first premiership