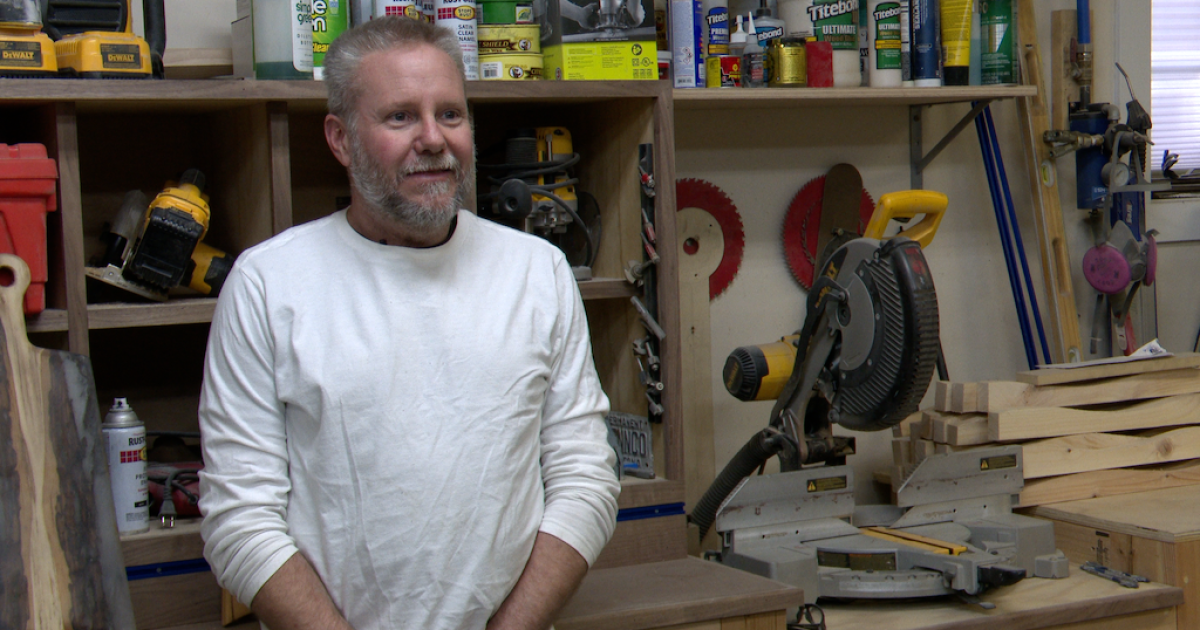 “I have this store because I love doing this stuff. I love working with metal, wood, anything.

That’s how Jesse Jennings describes his business, Jennco Design in Billings, and how the shop propelled him to become a star builder in the new History Channel series “Assembly Required.”

Jennings said he had been building things and working with tools all his life, but it wasn’t until about two years ago that he decided to pursue his passion for the craft. He decided to start an instagram page where he showcases his work and gets new clients.

“People hire me to make tables. I make beds, I’ve (have) made a lot of steel table legs for other woodworkers, and I’ve sent stuff all over the country. It was amazing, and it all went through Instagram,” Jennings said.

One day last February, Jennings said he received a message on Instagram asking if he wanted to appear on a TV show.

“I thought it was some kind of gimmick or something. I usually get them and ignore them, but for some reason I decided to respond,” Jennings said.

The invitation to appear on the show turned out to be legitimate and Jennings was soon interviewed via Skype a few days later.

“I couldn’t believe it,” Jennings said.

Jennings said filming for the show in California was pushed back a few times due to the pandemic until the producers finally decided to tape the show remotely.

He said the film crew hired a videographer from Billings and sent him all the necessary equipment to film Jennings during the competition, including iPads and laptops.

The day before filming, all the supplies Jennings needed to build the object for the first episode of the series were sent home.

“I wasn’t allowed to open it until the cameras were rolling and everyone was watching,” he said.

The other two contestants that Jennings competed against on the show, also received their necessary supplies and were assigned as videographers.

Jennings said each contestant had 90 minutes to build the object.

“I didn’t know what I had to work with or anything. None of that really goes together, you sort of had to do MacGyver stuff,” Jennings said.

Along with being able to show off his building skills on television, Jennings also got to meet the hosts, whom he watched numerous times on their 1990s sitcom, “Home Improvement.” Of course, it’s Tim Allen and Richard Karn.

“These guys are great. We were able to sit and talk for a while before filming started, just on Skype. They’re great guys, really down to earth,” he said.

To see Jennings in action and see what he and other contestants have been tasked with building, tune into the History Channel at 8 p.m. MT for the premiere of “Assembly Required.” You can also check History.com for more information.