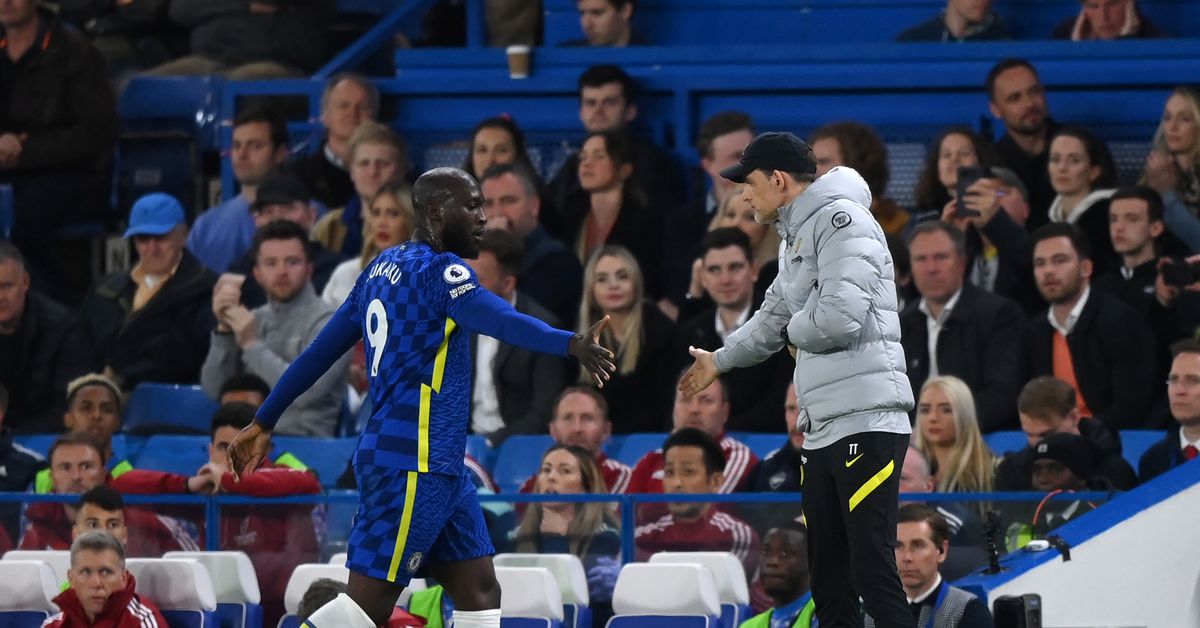 Games rarely end so unsatisfactorily. The tactics were wrong, the individual errors and performances were horrendous, and the result was sadly a true reflection of the day’s most effective team. That Arsenal had lost their previous three games this month and were unable to score more than one goal in any of them (nor more than two in total in their last five games) would make Chelsea, at least on paper, the favorite. We have done everything to ignore this and add to the general upheaval the club is currently facing.

From the start, our formation seemed vulnerable depending on the selections, especially in midfield. On our left, Bukayo Saka tormented Marcos Alonso with pace and even provided enough cover defensively to limit Alonso’s attacking contributions, although it looked like crossing was not part of the plan anyway. Almost 45% of their attack came down their right flank, and they had correctly identified Alonso and Malang Sarr behind him as vulnerable.

N’Golo Kanté and Ruben Loftus-Cheek have had more than a few questionable performances in midfield and our double sixes have been dominated by a three-man midfield often lately. This problem is compounded when they are expected to be the main link between defense and attack – especially without any of our wingers playing a winger role. César Azpilicueta on the right had a game to forget, despite scoring a rare goal, often unaware of his position even before misplacing the pass that gave Arsenal their winning goal.

Up front, Mason Mount and Timo Werner essentially picked each other but the inclusion of Romelu Lukaku didn’t pay off. This match unfortunately added to his poor form, and even watching in the limited field of vision of a TV broadcast, it was obvious that his runs were often out of sync with the rest of the team and our moves from pass.

Against a deep block, Lukaku can be marked too easily by most Premier League defenders and he’s only seen around a third of the touches Werner and Mount have made while managing just five more than his replacement at the start. 60th minute, Kai Havertz. Lukaku was not going into balls and connecting via his ability to hold possession. Worse still, his inability to judge the trajectory of a bullet becomes alarming, and he loses far too many aerial duels. In the example below, a simple kick puts Werner on goal, but Lukaku is a spectator as the ball flies high above his head.

Meanwhile, Timo Werner continues to earn his starting spot. Not only did he score the opening goal (via a bit of luck and deflections), but he was the only one whose press and run made the Arsenal defense uncomfortable. He kept his runs more banked or delayed and therefore stayed sideways, so he’s a threat when he’s finished. He uses his pace more wisely and even uses the leverage of his body more effectively, thus losing possession of the ball less often.

But the most notable aspect of our selection was the entire backline. Malang Sarr needs a veteran counterpart who can cover up as he is (still) error-prone both on the ball and in defence. Reece James being deployed at right centre-back, to once again struggle against the direct vertical threat from a fast winger, limits our attacking push down the right side and hampers his productivity. And then there is Andreas Christensen.

While Christensen had been excellent in both center and center right earlier this season, he was far from that against Arsenal. Once a reliable assistant in the center of Thiago Silva, and exceptional playing on the right of Silva, this Christensen is long gone. Clumsy bounce or not, his backpass attempt to hand Arsenal the first goal of the match was silly in approach and even worse in execution. It’s only a moment, but that just can’t happen. “Impossible” as Tuchel has repeatedly called it.

Even during a break, if an obvious chance doesn’t present itself, we tend to go back to recycle possession. Our offensive swagger is non-existent. There seems to be too little cruelty in general, and we suffered frustratingly to create substantial xG against proper opposition.

Noting The Analyst’s stats that we’re the second slowest to build attacks and have the second highest passing streak per attack, it’s no wonder teams are sitting in a deep block and threaten instead. Arsenal were able to settle deep with a very tight midfield and we again seemed reluctant to enter (despite the repeated opportunities we received from corners).

It’s easy to point fingers at specific individuals and decisions, but rotation is inevitable with so many games in a season. Tuchel must find secondary solutions to the positional demands of a 50-60+ game season, because keep losing points at the bridge is of particular concern. Let’s hope they’re really just ironic, unfortunate April showers.

3 – The three times Chelsea have conceded 3+ goals at home in the Premier League under Thomas Tuchel all came in April (against West Brom in 2021 and against Brentford and Arsenal this month). Showers. pic.twitter.com/JWu9bkgvrI