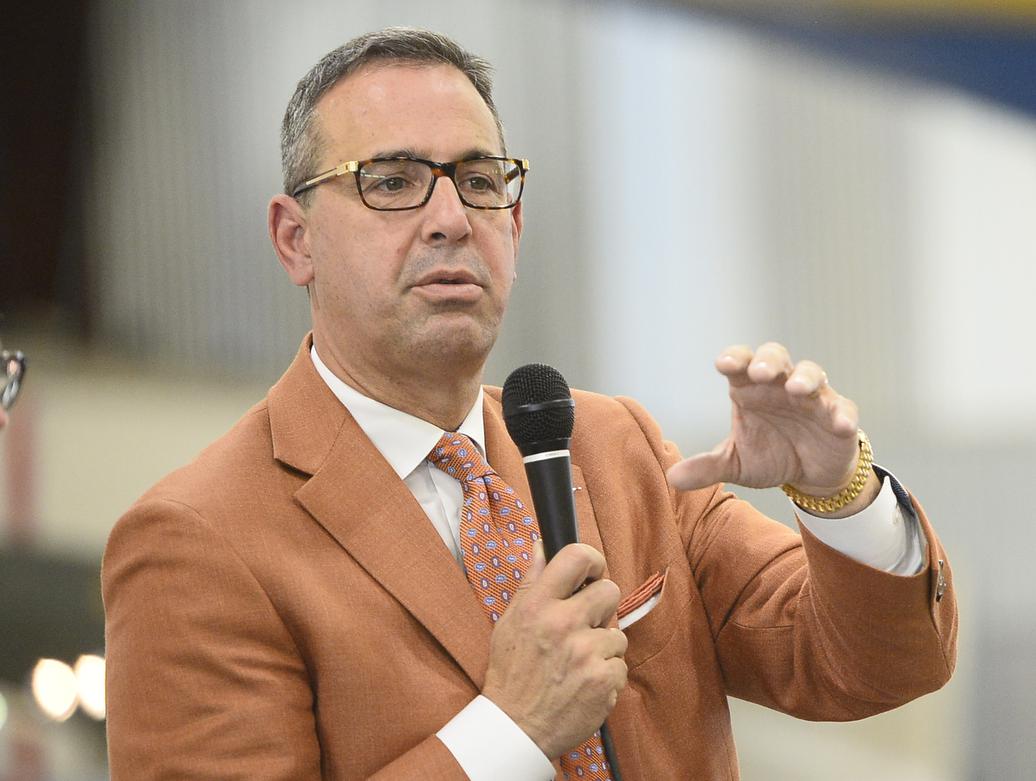 After touring to promote his school’s brand, Texas athletic director Chris Del Conte found himself doing damage control after a comment on the Longhorn Network, the cable TV venture between the university and ESPN which seems doomed to failure.

During the Dallas leg of the “Texas Fight Tour” on Wednesday night, Del Conte was asked about the future of NHL and replied “Are you talking about the History Channel?” by Jeff Howe of 247sports.

It didn’t take much reading between the lines to perceive this as a dig into Texas’ recent lack of athletic success in major college sports — especially football — and lack of complementary programming to grace the NHL airwaves.

Texas football program, one of the richest in the country, has no players selected in the NFL Draft for the first time since 2014. The Longhorns have had three coaches in the past six seasons, returning Charlie Strong after three years, then hiding his successor Tom Herman after four seasons. Steve Sarkisian, hired to replace Herman, is entering his second season as coach after going 5-7 in his inaugural campaign at Forty Acres.

Instead of highlighting the gridiron’s recent successes, NHL had to fill its lineup with documentaries such as “05,” a three-part series about the 2005 Texas football season, which ended with the lone national championship of Longhorns since 1970.

Del Conte’s “History Channel” crack has been triggered the foreseeable return of social networks and he then took it back to Twitter.

“I love our relationship with the Longhorn Network and my comments tonight spoke to that if you ever want to learn more about our rich tradition and the history of our great university past and present LHN is like the History Channel, this is an incredible resource for Texas,” Del Conte tweeted. late Wednesday.

I love our relationship with the Longhorn Network and my comments tonight touched on that if you ever want to learn more about our rich tradition and the history of our great university past and present LHN is like the History Channel, c is an amazing resource for Texas 🤘🏽 https://t.co/kwuj1GNHf4

As for the actual future of LHN — which was a sore spot with the other members of the Big 12 when it debuted in 2011 — Del Conte said the network was a “great partner” but that the school was ready to be part of the SEC network when Texas joins that league no later than the 2025 football season.

The “Texas Fight Tour” is coming to Houston Wednesday, May 18, from 6 p.m. to 8 p.m. at the BraeBurn Country Club. The scheduled speakers are Del Conte, Sarkisian and women’s basketball coach Vic Schaefer.