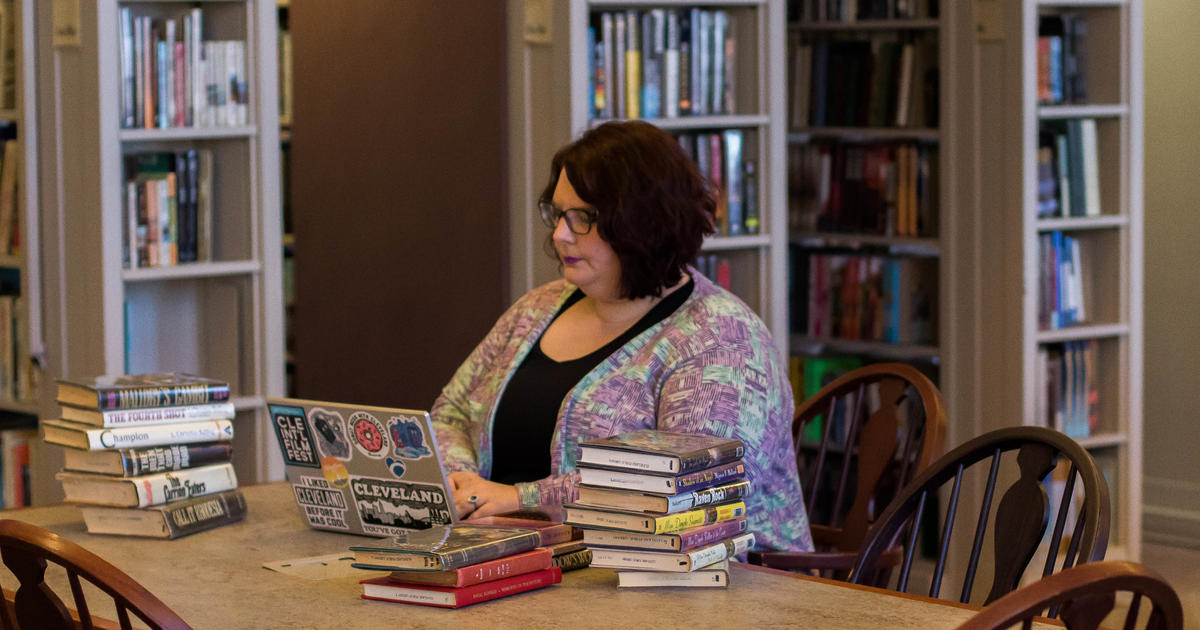 LEXINGTON, Kentucky (May 10, 2022) — Whether it’s working with books or writing her own, an alumnus of the University of Kentucky’s College of Communication and Information is proving her degree can be taken in non-traditional ways.

Jill Grunenwald, who obtained her Masters in Library Science in 2008 from the School of Information Science, has published three books since graduating in the UK. From captioning photos of her hometown to writing about placing last in races and working in a prison library, she has no shortage of stories to tell, just as there is no shortage of stories to read in his work. His stories also happen to be finalists.

Grunenwald began her journey into library science before she even started college. In high school, she began working for the Hudson Library and Historical Society, in her hometown library of Hudson, Ohio. She fell in love with librarianship while there, which effectively set the tone for her future education and career.

As a librarian, Grunenwald not only has a love of reading but also a love of writing. As a self-proclaimed “antisocial introvert” who has always been drawn to books, her affinity for the written word has been ingrained in her since childhood. She wrote plays, poetry, fiction, and memoirs, even going so far as to earn a Bachelor of Fine Arts in Creative Writing.

“I love to write in any form,” Grunenwald said. “In every avenue I can, I’ll write anything.”

It was her combined interest in writing and her experience with her hometown library that helped Grunenwald complete her first book in 2015, “Images of Modern America: Hudson.” The illustrated history book highlights the last 50 years of Hudson, Ohio. Although she primarily wrote the captions for the photos she collected from residents, she also conducted extensive research in the library archives to fully and accurately summarize the changes to the city and what remained in place. much the same.

In 2017, Grunenwald published his second book, “Running with a Police Escort”. The memoirs recount her experiences as a runner, who often placed last in races. She wanted to bring the less told story of a slow runner to contrast the plethora of tales of fast runners. By highlighting an often underrepresented perspective, her book celebrates all voices in the running community.

Defending the underdogs was also a theme of Grunenwald’s 2019 memoir, “Reading Behind Bars.” The book details his time working as a librarian at a minimum-security men’s prison. Although the story primarily focuses on his work experience, it also shines a light on those incarcerated – something Grunenwald learned firsthand from working so closely with them. She knew on her last day at the prison that this story needed to be told — even though it took her 10 years — to combat the inaccurate portrayals of prison life that pop culture had cemented in the media.

“It was never a job that I would have ever hoped to get hired for and wasn’t even on my radar, but it was really meaningful to me, and hopefully to them too,” Grunenwald said. .

“Reading Behind Bars” became Grunenwald’s most successful book to date. It was a Wall Street Journal bestseller and a finalist for the 2020 Ohioana Book Awards and the 2020 In the Margins Social Justice and Advocacy Book Award. While the accolades are flattering, she’s happier knowing her writing has a reading basis.

“It’s such a lonely activity,” Grunenwald said. “You’ve released it to the world and you don’t know how anyone is going to react. So when you get positive responses, especially from readers, organizations, or awards that mean something to you personally, it just means a lot.

Although Grunenwald is progressing as an accomplished writer, she has not given up on librarianship. For nearly seven years, she has worked at OverDrive, an app for libraries that digitally distributes e-books, audiobooks, online magazines and streaming video titles. She is part of the marketing team, creating marketing materials for various libraries.

In addition to being a librarian for the company, she is also the creator and co-host of OverDrive’s “Professional Book Nerds Podcast.” Episodes are released weekly, every Monday and Thursday. On Mondays, she and two colleagues interview authors, whether emerging, Pulitzer Prize winners or not. On Thursdays, they discuss books on different themes, from things they’ve read to upcoming releases.

“I get paid to talk about books,” Grunenwald said. “There really isn’t much not to like about it.”

Although Grunenwald’s career path hasn’t been one that most library science graduates would traditionally strive for, she doesn’t believe a straight and narrow path is for everyone. Her experience in the UK program has taught her that her education can be used wherever life takes her – and that’s exactly what she plans to continue doing.