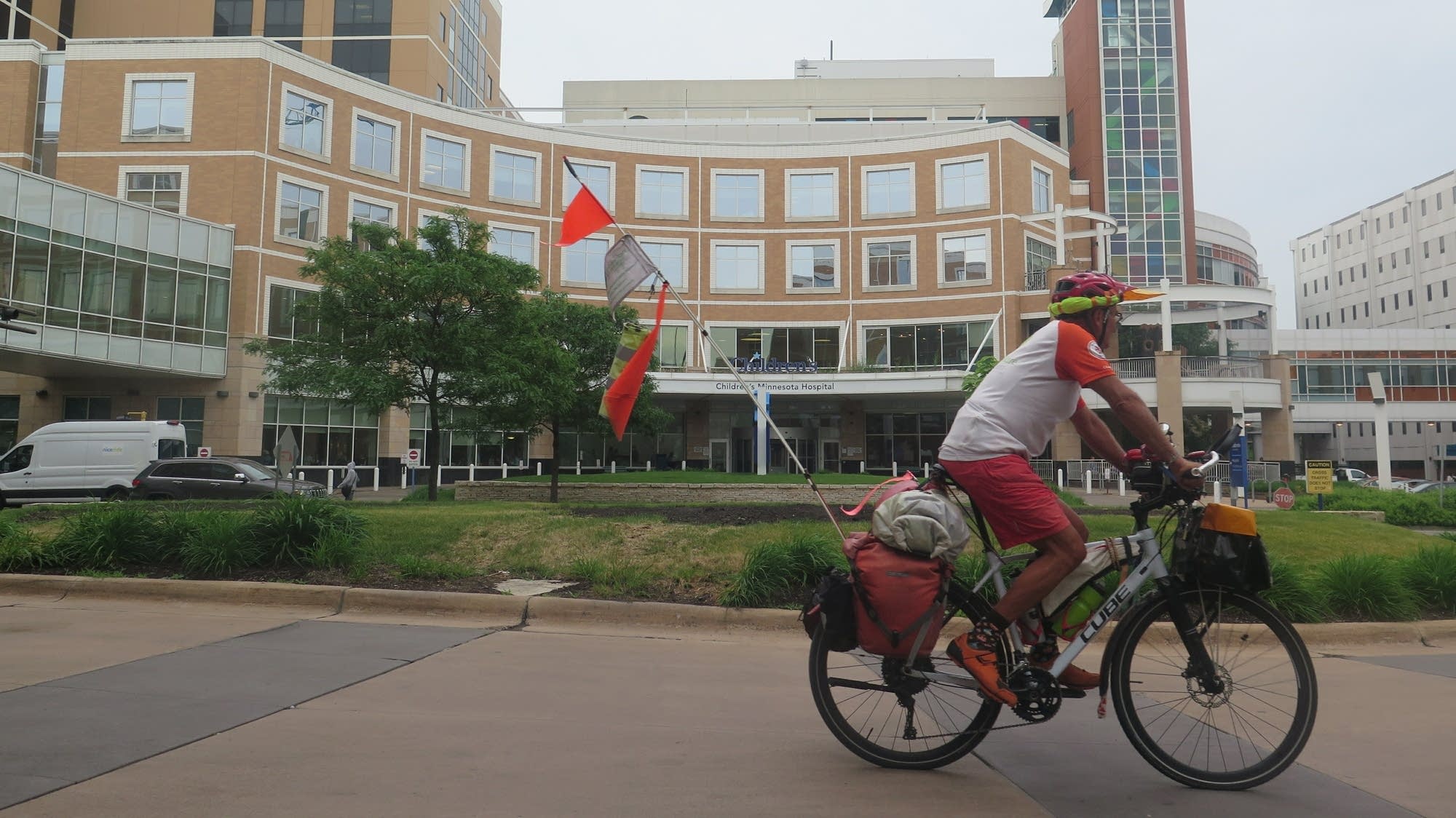 Jörg Richter makes his way from San Francisco to New York on his bicycle, propelled by his advocacy for those affected by rare diseases. A retired firefighter, he rides his bike alone, cycling 45 to 65 miles each day and calling on fellow firefighters to house him when he needs a rest.

Richter was first drawn to advocacy through a friend, whose child was diagnosed with a rare disease. He describes himself as an ambassador for Care for Rare, an organization he describes as “the spider at the center of the web”, collecting information about different rare diseases and ongoing research, and connecting children and families with treatment options.

He has cycled across the United States and Europe to raise awareness of thousands of rare diseases that affect children.

On Monday, he stopped in Minneapolis to visit the scientific director of the Children’s Minnesota Cancer and Blood Disorders Program, pediatric oncologist Kris Ann Schultz. The doctor runs two international cancer registries. One of them, a registry for pleuropulmonary blastoma (PPB), a rare lung cancer and associated rare conditions, has enrolled more than 1,000 patients.

The second international registry housed at the Children’s concerns the rarest forms of ovarian and testicular stromal tumours. Schultz helps use the information collected by these registries to improve early diagnosis and develop new therapies.

“If there’s something rare in your own family, in your own history, learn as much as you can, connect with people who are studying this condition, consider contributing to research – I think those are all really important ideas that we want everyone to consider,” she said.

Schultz found that while cancer risk can be identified through family history, children can be detected early. “It can really make a difference for people,” she said. Its aim is to find tumors early, when they can be treated with surgery, before a child needs radiation or chemotherapy.

Emily Scheidecker was treated at Children’s Minnesota for ovarian cancer when she was 10, and then again for another rare form of cancer five years later. Listed herself on the registry for rare stromal ovarian and testicular cancers, Scheidecker participated in Schultz’s research efforts. She has been in remission for 18 years.

“I’m actually a registered nurse and I’m fine. Life is good,” she said.

You make MPR News possible. Individual donations drive the clarity of our reporters’ coverage across the state, the stories that connect us, and the conversations that provide insight. Help ensure that MPR remains a resource that brings Minnesotans together.

Donate today. A donation of $17 makes a difference.

2022-06-18
Previous Post: LETTER TO THE EDITOR: Odessa has a rich cultural history
Next Post: White racism brought down a black community. Will there be repairs?