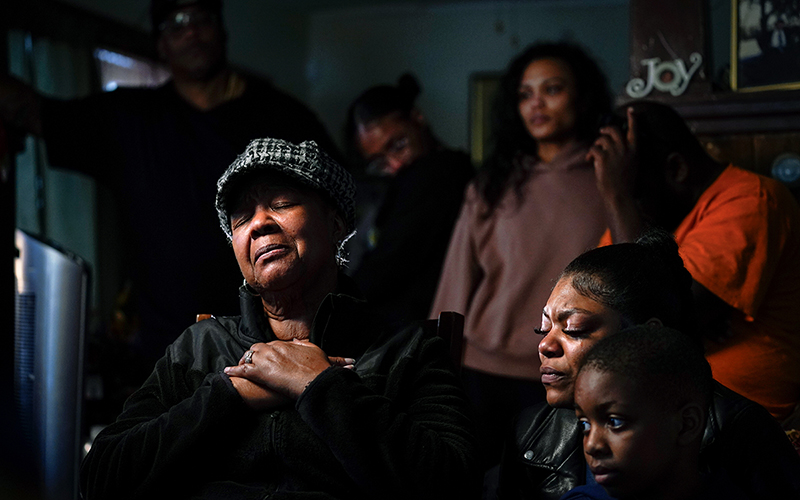 Opinion
The opinions expressed here are solely those of the author and do not necessarily reflect the official position of the Sierra Club.

I’ve been trying to stay away from all the bad news these days so I was late to learn the details of the recent terrorist attack in Buffalo, New York.

I was in the middle of a solo road trip, traveling east from Tucson to El Paso. As I approached my destination on I-10, I began to notice that all of the American flags were flying at half mast. I stopped at a Ford dealership to ask them why their particularly large flag had been lowered. “Because a million Americans have died during the pandemic,” said one of the sellers. A few blocks later, I stopped to refuel. There, a young man at the checkout told me he didn’t know why their flag was flying at half mast. We joked that America doesn’t seem to be short of tragedy these days. “Maybe it’s for the Buffalo, New York killings?” Because, he says, “they remind us of what happened here in 2019.”

On August 3 of that year, El Paso became the site of the deadliest attack on Latinos in modern United States history. Minutes before opening fire and killing 22 people at a Walmart store, the 21-year-old terrorist posted a document online that he called a manifesto. It was a rambling and inconsistent list of white nationalist and anti-immigrant talking points, the “shooter’s response to the Hispanic invasion of Texas.” In the document, he proposed a future where the United States would be separated into different territories for different races and ethnicities.

In the headlines that followed the attack, the term “eco-fascist” was used to define this ignorant and hateful young criminal. But that’s a misnomer. The word “environment” appears just four times in the 2,500-word text. He could not make a single strong argument linking immigration to the United States to environmental destruction.

The same goes for the Buffalo terrorist and his alleged motives. The Guardian reports that the shooter’s 180-page statement of intent “includes environmental theories that are similar to screeds adopted by other recent mass murderers.” In addition, parts of the text itself have been plagiarized. Yet again, the killer’s real “ideas” (if you can call them that) are thin and rambling when it comes to making an argument about environmental concerns. As Graeme Wood points out in an analysis for Atlantic, the shooter’s screed demonstrates an “inability to think about history, science, race, or humanity in sophisticated, adult ways.” It’s pathetic, stupid and insane.

“When it comes to the rise of homegrown terrorism in America, as we know it today, understanding the true motivations behind these types of attacks is critical.”

I was also guilty of mislabeling these killers as being motivated by “eco-fascism.” We journalists often have to do analysis on short notice, sometimes sacrificing key details to make room for the bigger takeaways. But words matter a lot. They shape public opinion. And when it comes to the rise of domestic terrorism in the United States, as we know it today, it is essential to understand the true motivations behind these types of attacks.

“Eco-fascism is an incredibly dense and complicated term,” says Aaron Flanagan, team leader of the Intelligence Project at the Southern Poverty Law Center. “I encourage people not to use it because it’s become kind of a popular buzzword when talking about these kinds of attacks.” Instead, Flanagan asks that we examine the historical legacy of white supremacy and nativism. “The association of ‘eco’ makes it more difficult for this story to penetrate.” The shorthand “eco-fascism” may obscure more than it reveals.

Flanagan’s research focuses on white power movements across multiple ideologies, including neo-Nazi, Ku Klux Klan, and Holocaust denial theories, which in turn are rooted in 17th-century European theories on the superiority of whites over non-whites. Various types of pseudoscience or racist applications of genuine scientific research were used to justify slavery in the United States in the 18th and 19th centuries, eugenics policies in the 20th century, and American laws to curb immigration, particularly l immigration from Asia. In his book The excess of man, the late paleontologist and evolutionary biologist Stephen Jay Gould has revealed how intelligence testing influenced the passage of the Chinese Exclusion Act, which set quotas for Asian immigrants to the United States and allowed the formation of border patrol in 1924.

It’s hard to see how racist terrorists like the man who masterminded the attack on the El Paso Walmart in 2019 or the 18-year-old who killed 10 people at the Tops supermarket east of Buffalo manifest political ideologies or social. Nor should their writings be identified as “manifestos”: they are dangerous diatribes with no clear motive or intent other than to spread hatred (and inspire future terrorist attacks). Terrorists in El Paso and Buffalo have both cited the Christchurch mosque shootings in New Zealand in March 2019 and the far-right conspiracy known as the Replacement Theory as inspirations for their attacks. . The so-called Replacement Theory – which claims that Jews are behind a plot to demographically replace white Europeans with non-whites, and especially Muslims – has been widely promoted by nationalists white people on social media, on TV and even by a senior Border Patrol official. By adopting and adapting this racist conspiracy theory to the American context, terrorists in El Paso and Buffalo chose to target Latino and black populations.

So if there is no real concern for the environment, no ideology, no manifesto, then what do we call this trend? It helps frame it as an opportunistic, racist, and desperate attempt to win over supporters and appeal to American fears of foreign invasion, from “the other.”

“The hard right either want to remain anonymous or dictate the narrative,” says Rachel Carroll Rivas, senior research analyst also at the Southern Poverty Law Center. The spread of nativist terrorism relies on obfuscation. We must demystify the actions of these terrorists and find the right words to define their actions, she pleads. “Exposure really matters, but it also takes away the fear.”

Stripping these terrorists of some of the terms we use makes it easier to unmask their motives. Whether they target black supermarket shoppers or Latino border residents, their goal is clear: to spread misinformation, hate, violence and murder. There is nothing “eco” about crimes that are simply, and tragically, racism and ignorance turned deadly.