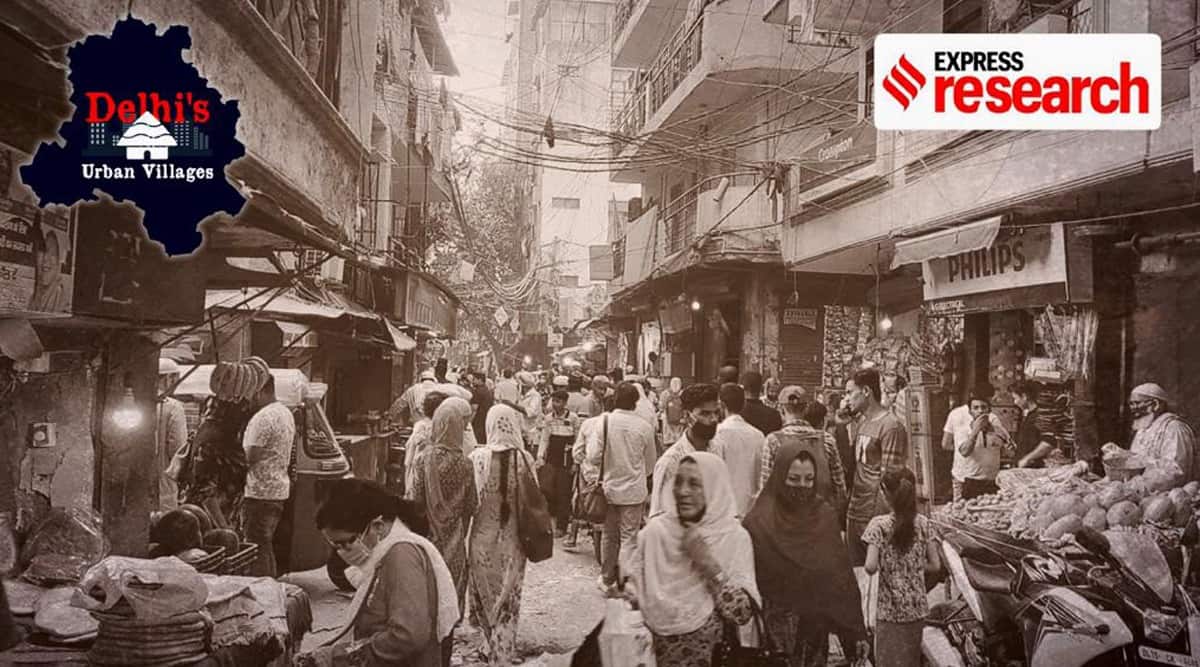 Eid in Hauz Rani: One roof, several cultures and customs

In the southern district of Delhi, Saket is a place that tells stories of history, a place that has been a home for those who once sought shelter, a place that is a melting point for many cultures. The place is called Hauz Rani.

Chances are you’ll only hear of Hauz Rani when you’re stuck in a traffic jam on Press Enclave Road or gazing at the panorama from a Saket mall and finding a rather random and “unauthorized” colony of the other side of the road.

But if you were to speak to some of the older residents of this area, they would only say one thing: “These malls and hospitals are built on our land. We used to grow vegetables here, you know? Hauz Rani may have emerged in recent years as a hub of bohemian-style decor, budget accommodations and multicultural cuisine, but the people of this village trace their origins to medieval centuries.

The village next to a reservoir

In his book The Present in Delhi’s Pasts, the late Prof. Sunil Kumar recounts the living story of Hauz Rani or as it was then called Hauz-i-Rani (or the Queen’s Reservoir). According to him, the Hauz (the reservoir) predates the Delhi Sultanate and was built by an unknown queen or princess in the 12th century. It soon came to be revered by locals until its importance was gradually clouded as the city’s focus shifted north to Nizamuddin and Shahjahanabad after the 15th century. In the 19th century, the Hauz-i-Rani was mentioned only as a seasonal swamp in the Delhi Gazetteer’s topographic maps (1883-84). The settlement that arose around the reservoir, known as Hauz Rani, however, was already established at that time and continues to bear the name to this day, even though there is no trace of the reservoir. .

We discover the early history of the Hauz-i Rani by chance. Other reservoirs of the same era existed but were quickly forgotten. The Hauz-i Rani was only referenced in the Persian chronicle Minhj-i Sirj Juzjani (completed around 1260) as the early sultans of Delhi may have built a city in the district. The Budaun Gate, facing the Hauz, was the main entrance to the city in the early 13th century. People approaching the city from the north (Bagh-i-Jad, contemporary Jorbagh) had to pass along its banks to reach their destination. There was a large plain next to the Hauz, which Juzjani called “lashkargah”, used for military purposes. If the city space proved to be insufficient, this area was used for important ceremonial events. At least two important markets were established near the Hauz-i Rani during the reign of Ala’ al-Din Khalaji (1296-1316). This was mentioned by Sultanate historian Ziya’al-Din Barani near the Budaun Gate, which was adjacent to the Hauz. The Hauz was clearly not located in an isolated area and saw considerable real estate and commercial activity around it.

Associating spiritual and divine properties with bodies of water was not uncommon in medieval times. In fact, the Persian word ‘abadi’ (people) has its roots in ‘ab’ (water). It was not surprising that Hauz-i-Rani was quickly regarded as divine, especially after his association with the Sufi Saint Nizamuddin Auliya (1238-1325 AD).

In 1315 Nizamuddin Auliya related how he had come to build his almshouse (khanqah) at Ghiyaspur, a small hamlet five kilometers north of Hauz. The Sufi saint was tired of living in the congested Old City of Delhi and was looking for a new home. It was during one of his prayers on the banks of the Hauz that he received the divine message to go to Ghiyaspur. The area gained further importance after Nizamuddin Auliya’s successor, Nasiruddin Mahmud Chirag-i-Delhi (1274-1337 AD), also chose a stream (Satpula in Khirkee village) near the Hauz to make his ablutions.

Professor Kumar writes that the area around the reservoir grew in importance and autonomy from the imperial metropolis. Due to his association with Sufi saints, he continued to escape the intellectual influence of the Delhi sultans. The economic life of the population was, however, intimately linked to the existence of the imperial capital. They worked or produced goods for sale in the city markets. This continues to be the case in the 21st century. As an urban village, Hauz Rani offers low rents and administrative leniency, making it a preferred choice for migrants and refugees, students, and low-wage workers.

A house for refugees, a melting point of cultures

Hauz Rani (along with 362 other urban villages) falls under the administrative category of Lal Dora area (red line) which originated the practice of the land revenue department to use a red line to delineate the living quarters of villages from their agricultural land. These former rural settlements were incorporated into Delhi’s boundaries during the city’s expansion after 1947 and resulted in new socio-spatial configurations. Most of the agricultural fields in these rural communities were acquired after 1957 by the Delhi Development Authority (DDA) and saw the development of residential settlements as a result. However, the ‘abadi’ inhabited area was left untouched and officially given special status in 1963 by the Municipal Corporation of Delhi, exempting them from building regulations, building standards and regulations such as the need for sanction plans . Since then, this exemption has allowed these urban villages to host intense construction works and to offer spaces at rents well below those of the rest of the city.

The narrow lanes here may not offer these migrants family joys, but they do provide vibrant markets and food kiosks. One can find kiosks and restaurants open late into the night selling everything from the humble samosa to the Afghani Bamiyan Burger and Muntoo.

Walking through these alleyways in the month of Ramzan, we bond with people over a few plates of samosas and naans and lots of stories. While some say they miss their homes and customs on the day of Eid, others cherish the things this place has to offer.

Asked about the celebrations in the ‘big city’ compared to his home in Badaun, the Dane, who drives an auto rickshaw, said: ‘In Badaun we don’t live in one room sharing mattresses with other other people ; we sleep with our family and prepare morning rituals together. The male members would go for Eid ki namaz and return to receive a warm welcome from their wives and children. They would share the morning meal together, which would be either pure khurma or some kind of seviyan prepared by the ladies of the house. Once the morning excitement had set in, we would start with our Eid Milan (meeting family and friends), and each child would receive the Eidi. If we stay in Delhi for any reason, you will find us on the streets driving auto rickshaws from one point to another”.

Another migrant, Abdul, who moved to the city with his family a few years ago, recounts how he spends Chand Raat (eve of Eid) with his family in Hauz Rani, buying clothes or food ingredients .

“People go to Purani Dilli or Batla for shopping and eating, but they should try Hauz Rani. There is more variety in clothes and food because we have so many cultures here,” says Abdul.

Laila Gazimi, who came to Hauz Rani from Kabul four years ago, says Ramzan observance has been a completely new experience for many people like her. Although she is grateful to have found a safe haven in Hauz Rani and India, Gazimi says it is difficult to fit in and to leave the old traditions and way of life behind.

On the other hand, Maniza, who has lived in Hauz Rani for over 19 years, has made these alleys her home and the people around her family. She is fluent in Hindi and is a well-known face to local Afghans. When asked about the types of food they ate during Ramzan and Eid in Afghanistan, she amusingly says that while Afghan and Indian foods are similar, their cooking styles differ.

While Indian Muslim families celebrate Eid mainly with Biryani and sevaiyan, for Laila and Maniza’s family, Afghan dishes Naan and sauce are a must for Eid.

But even though the food or customs may vary, the essence of the festival remains the same. And that essence is Eid Milan (visiting friends and family on Eid).

2022-05-02
Previous Post: ‘I don’t want this to be forgotten’: Tates Creek HS alumni reflect, walk the halls of their old school for the last time
Next Post: Priti Patel faces legal action from Ukrainians stuck in visa backlog | Immigration and asylum