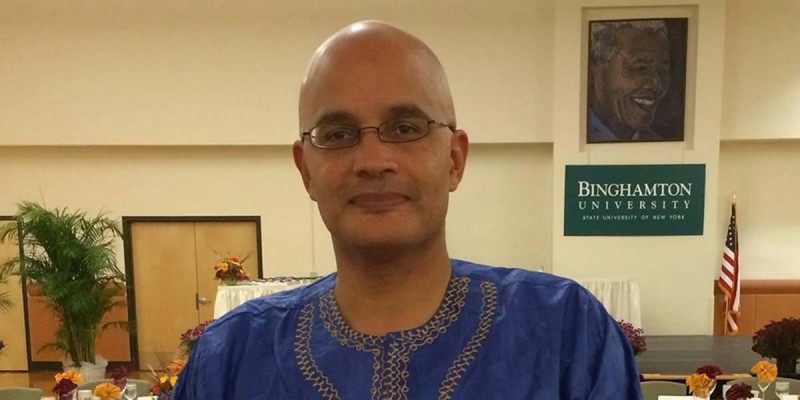 Elected Professor Member of the NY Academy of Medicine

Health equity doesn’t have an overnight solution, but for Leo Wilton, professor of human development at Binghamton University’s College of Community and Public Affairs (CCPA), years of research have become the cornerstone cornerstone of a successful academic career.

For his research, leadership and contributions to policy in all professions affecting health, Wilton was elected in June as a Fellow of the New York Academy of Medicine (NYAM), a health policy and advocacy organization with a 175-year history that serves as a leading voice. for innovation in public health.

“It’s an amazing honor,” said Wilton, whose research includes addressing health inequities surrounding HIV prevention and care in communities of color, psychological development and mental health of Blacks, as well as the development of culturally informed care systems. Her research on HIV focuses on the intersectionality of race, gender, and sexuality as seen in macro- and micro-level inequalities.

“I will contribute my leadership, scientific research, and policy expertise to address multilevel structural equalities in prevention and care in underserved communities to advance NYAM’s mission to promote health equity,” said Wilton, who is also a senior research associate at the University of Johannesburg in South Africa,

NYAM Fellows play an important role in fulfilling the organization’s mission to ensure that everyone can lead a healthy life, said Donna Fingerhut, NYAM director for the Office of Trustees and Fellowships, in a statement. letter announcing Wilton’s election. Fellows are leading researchers, practitioners and policy makers in their fields. They are elected by their peers and receive final approval from the NYAM Board of Directors after a selective process.

Working toward these goals has been a major component of Wilton’s work at Binghamton University in recent years.

In 2021, his contributions to the field of psychology earned him appointment to the Presidential Task Force on Psychology and Health Equity (PTFPHE) of the American Psychological Association (APA), as well as to the National Institutes of Health (NIH) HIV/AIDS Intra- and Interpersonal Determinants and Behavioral Interventions (HIBI) Study Section of the Center for Scientific Review.

Notably, the PTFPHE received a Presidential Citation from the APA for its work that resulted in a groundbreaking resolution on promoting health equity in psychology for the APA. Its recommendations focused on psychological science, education and training, psychological practice, public policy, and legislative advocacy.

Wilton is also collaborating on a four-year, $3.1 million grant funded by the National Institute on Drug Abuse (NIDA), part of the NIH, that could help African American and Latino youth living with HIV. The research aims to highlight issues leading to racial and ethnic inequities in health care and to promote better engagement across the continuum of HIV care among Black and Latino youth living with HIV.

Additionally, Wilton sits on the Yale Scientific Advisory Group on COVID-19 Vaccine Equity, which aims to use multidisciplinary expertise to develop and implement strategies to optimize vaccine deployment while minimizing social inequalities in immune coverage. .