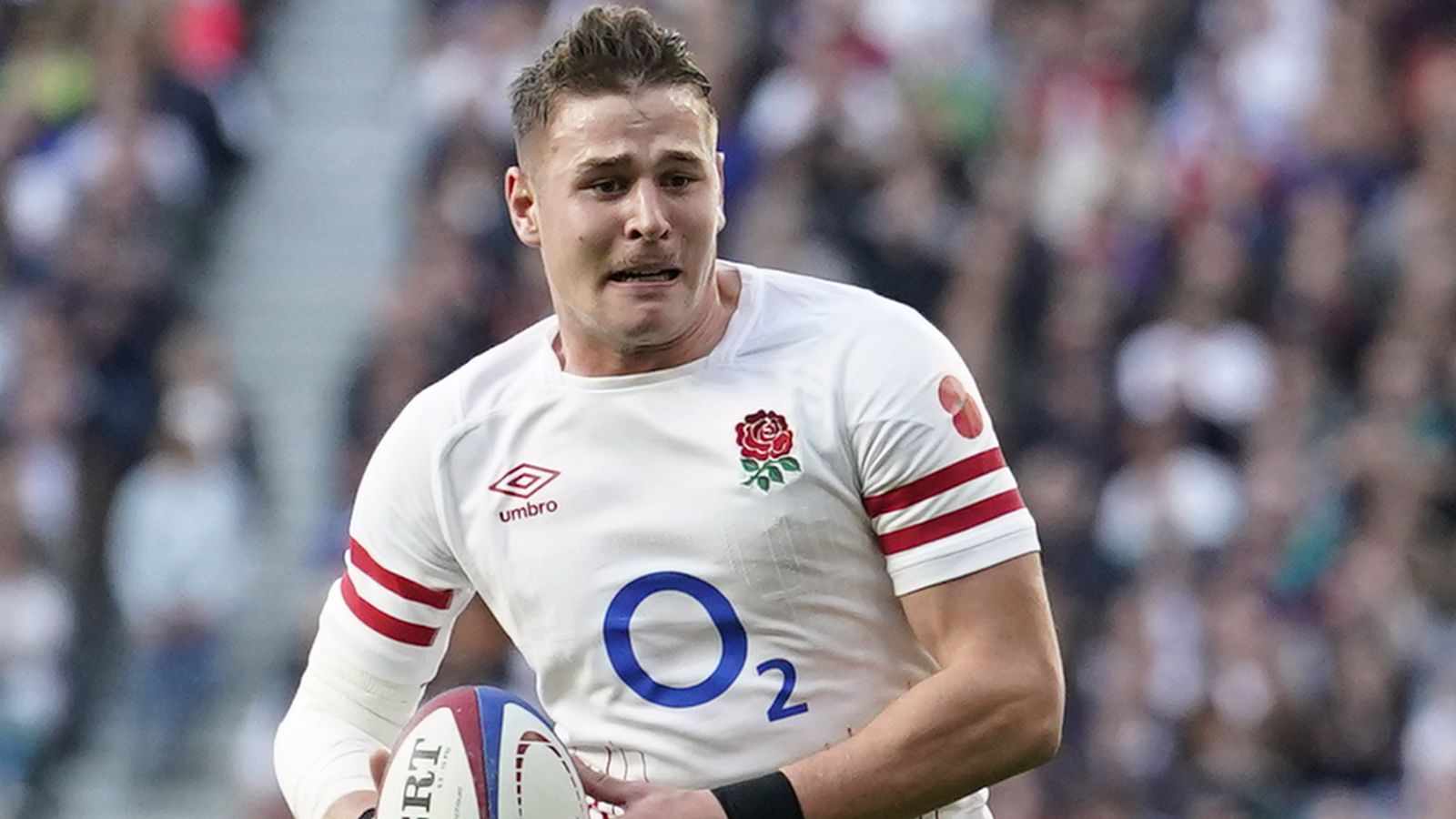 England face New Zealand at Twickenham Stadium on Saturday afternoon; Eddie Jones’ side are behind a 52-13 victory over Japan, while New Zealand came from behind to defeat Scotland; Freddie Steward continues to thrive at Test level

Freddie Steward is eager to score another first on his rugby bucket list as the rising England star begins his own process of demystifying the aura of the All Blacks.

Eddie Jones’ side rebounded from a narrow loss to Argentina who kicked off their Autumn Nations Series by thrashing Japan 52-13.

New Zealand travel to Twickenham on Saturday before a meeting with South Africa concludes their run at the start of this Rugby World Cup season.

Steward reported he looked to be one of England’s key weapons with an impressive performance against Japan as the 21-year-old full-back continued his upward trajectory to rugby stardom.

But with the All Blacks clash looming, the 15-cap rookie, who was studying economics at Loughborough University when the rivals last faced off at the 2019 World Cup, is eagerly awaiting what lies ahead. pass.

“As a young lad who has watched rugby all his life, the All Blacks are the team you want to play against,” Steward said.

“Being able to take on the Haka is so exciting. I’ll probably have to recover from being hit by a star in the week so that on game day I’m in a position where I’m ready to play.

“But it’s important not to get caught up in that aura of their history and their success and just treat it like another game.

“We’re going to figure out what we did well against Japan and what we didn’t do well, fix it and put a plan in place to beat them.

“We had a point to prove after the game against Argentina. We were frustrated with this result.”

Steward was at the heart of England’s best attacking moments, scoring one try and directly involved in setting up two others, and also in command of the essentials of full-back play.

A calm head on young shoulders, he worked to improve his state of mind through sessions with psychologists Andrea Furst and Dave Priestley.

“When you’re running at Twickenham and you have 80,000 fans around you screaming and the ball going in the air, it’s quite an intimidating experience,” Steward said.

“I worked a lot to manage that and ignore everything but the ball because that’s all that matters. That was the biggest job for me.

“It’s that focus. When that ball goes up, that’s all that matters. So it’s, ‘where is the ball going to land, what do I do with my timing and my footwork to get there?’ It’s trying not to think about what’s to come – not the next phase, just this ball.

“I had a lot of ball against Japan and it’s always nice when things go to plan. I loved every second of being there.

“I also worked very hard on the physical side of the game – power, strength, speed – and it’s good to see that paying off.”

Jones: We will go after New Zealand

The All Blacks’ first performance of the autumn saw them punish Wales 55-23 at the Principality Stadium. They scored seven tries, but the change of team to face Scotland was not as clinical.

Jones can’t wait for his players to line up again against the Kiwis.

“It’s an opportunity to play against one of the giants of world rugby,” Jones said. “They are in a period of redevelopment of their game, they are about to play against Scotland, so we will take a look at that and then discuss how we are playing against them.

“For an England player, it’s a huge opportunity. If you look at the history of the sport, the game has been going on for 150 years and England have won 22% of Tests against New Zealand.

“So there’s a narrative about the game that says England can’t beat New Zealand. In the 2019 World Cup I think we showed that if you have the right attitude, the right game plan, then the story can be broken.

England’s 19-7 result against New Zealand in that Rugby World Cup semi-final showcased a number of individuals who remain in Jones’ squad.

Jones said: “The guys who played in this game, guys like Owen, Mako, Billy, Jamie George and Maro are going to be important in getting the players to understand that it’s not mission impossible.