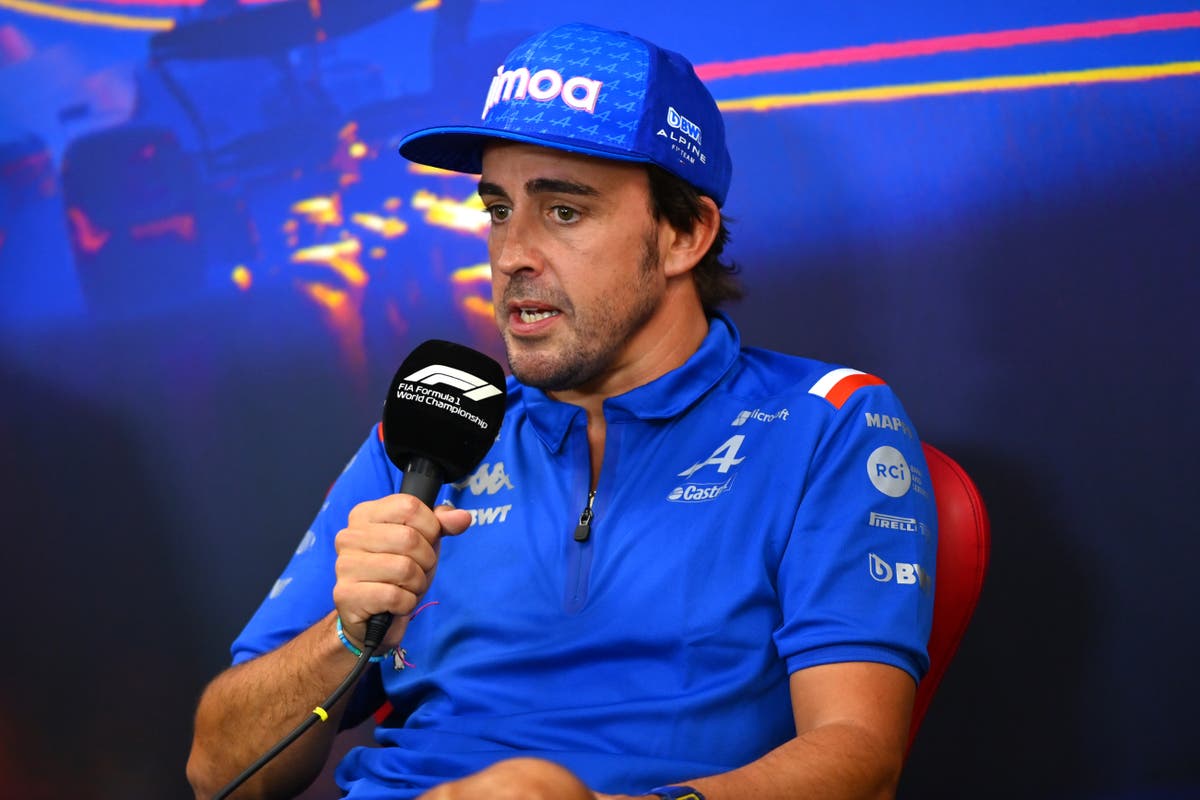 Daniel Ricciardo said his early exit from McLaren would be “bittersweet”, after it was announced he would be leaving the team at the end of the season.

Ricciardo joined McLaren ahead of the 2021 Formula 1 campaign, on a deal that was due to run until the end of 2023. However, disappointing performances since joining had cast doubt on his position in the team, and McLaren revealed on Wednesday that Australian contract has now been cut short.

Ricciardo, who will drive for McLaren until the end of the current F1 season, released his own statement on Wednesday saying: “Hey everyone, I wanted to share some news. It’s not great, it’s I’m sure it’s bittersweet, but I think you better hear it from me: 2022 will be my last year with McLaren. Obviously we’ve tried hard on both sides, but that just didn’t work out the way we wanted so the team decided to make a change for next year We had a lot of discussions but in the end we mutually agreed that it was the right thing for both of us.

Ricciardo will speak at the FIA ​​drivers’ press conference today ahead of Formula 1’s return to the weekend at the Belgian Grand Prix at Spa-Francorchamps, with Max Verstappen holding an 80-point lead at the top of the drivers’ championship with nine races to go.

“Getting up is something I can do. It’s a great moment in my career, you always have to find your bearings. I was here in 2008 in Formula Renault, Saturday night before the race on Sunday, I had a little pep talk. I had to tuck my head in and start getting there. No one has a perfect career. I learned to deal with it over time, it’s another obstacle. That fire and that belief is still inside of me, so it’s if I want to make that choice, I can. It’s not like I can run anywhere I want, but from a self-esteem perspective.

“It’s a decision they made but it doesn’t affect the way we race. Many people want me to succeed, I owe it to myself and those who support me and want me to succeed. There’s no better feeling than being supported and being on the podium, so if I apply myself we might be able to make it in all nine races.

“Maybe it’s just me, but I always tend to look forward and don’t spend a lot of time looking back. I got so many accolades, overwhelming to be fair. J I find it hard to think back to all those years in such a short time, maybe it will hit me later. The fact that I carried this decision for so long felt quite liberating, I could just enjoy the free time.

On being surprised that Alonso is moving to Aston: “Yes and no. I was told on Sunday from Hungary and then to be honest I didn’t follow the news at the break. I’m interested in what’s going on with the regulations and the cars, but it was a good choice not to follow Formula 1 news. I had a few phone calls and they filled me in, I Heard it was quite turbulent but not sure what the current status is.

“I was very saddened to learn what was going to happen to Daniel, it is a very difficult situation to live with. He is still one of the best drivers. I still think he has a lot to offer but I guess McLaren failed to extract the potential he has, it’s sad to see he’s been put in a tough spot but I’m sure that the talent and qualities he has will shine.”

On his own future: “Nothing to complain about. The team wants performance and in the end it’s performance that will decide everything. I have the impression that before the summer break the path was much better than at the start of the season. It sounds simple, but it’s not simple!

“It’s not the result we wanted when I joined the team. The result was not desired. As a collective, we haven’t really succeeded. We put in a lot of effort and tried to get through it and myself to adapt to the car, but there were too many difficult weekends. That’s how the decision was made.

“It’s not the most pleasant feeling, but I’m looking back and I can hold my head high in terms of application and trying to incorporate it. I tried and it didn’t necessarily work. It’s just one of those things, I’m proud of how we tried to make it happen,

“I still love the sport, I think despite all this adversity I haven’t lost that self-confidence. I still love it, I still want to do it competitively, in the right place. I haven’t I never said I wanted to be a pilot to catch up, I want to be here with a purpose I don’t know what that means for the future.

On whether he would take a year off in 2023: “If it made sense, yes. If that made sense. It’s the only race I’m interested in, this stage of my F1 career is the one I see. If the starts don’t line up and it doesn’t make sense and I take the time to reevaluate, that’s what I have to do.

On this season: “After all that there is a little weight on the shoulders, always having a point to prove. The team is behind me to make the most of the last nine races. I’m not one to just drive, there’s no slacking off. It’s go, have fun and live a moment in Monza.

“The goal is to prove that I can win races, putting in consistent top-level performances. I’ve faced challenges that I didn’t expect but I’m getting to a point where I’m at the top. It’s about running perfect weekends now.

On Ricciardo: “Even my first three out of four races, it was a car that didn’t give me the right feeling. I don’t know how McLaren is nowadays but in F1 it is like that. All drivers have better cars suited to others. It’s normal, it’s part of our lives. It can happen to anyone.”

“All in all, we can be happy, but I’ll never be perfectly happy. We can always do better and that’s what we try to do. We had a little break which was nice with the triple header and then we got a lot away. It’s good to prepare for the rest of the season, the 80 point lead which I did not expect, I was helped with the misfortune of others.

“For the rest of the season a lot can happen, it can change very quickly with a bit of bad luck. Over time everything will become a bit closer. The new directive was not entirely necessary, a lot of people have figured out their porpoising, but I don’t think it really affects us.

On Ricciardo: “Sometimes the car can’t suit your driving style, sometimes it’s better to pursue another option and get out of it. He’s a great guy, an incredible driver, of course I hope he stays in Formula 1.”

“I’ve learned a lot from him over the years, extremely talented. I’ve enjoyed working with someone who’s won races and scored more podiums than me at my current stage. It’s a long second half of season but we will continue to work.

“I’m really not restless, as long as it’s someone I can work well with. I don’t know who yet, I can’t wait to be there, new challenge. I don’t know yet, focus on this season.

On the details of Aston’s move: “You’re asking for too many details. I have no problem saying that it all started when Sebastian announced his retirement. They were happy with Seb but he decided to stop, they started calling the pilots they wanted, I was one of them. We started talking this weekend about what we expected. Quickly met our expectations. Monday morning we signed and announced pretty quickly before a leak.

On whether he would have stayed with Alpine without Aston’s interest: “At every press conference I’ve done this year, I’ve said we’re happy with the journey we’re on with Alpine. We have won so much together, it will be part of our history. Which we achieved together, but for some reason we weren’t moving forward for a few months already. It was a logical decision for me because Aston believed in me a lot, on and off the track.

On the trip to Africa: “I started this year, I’m pretty bad at planning things. One of my New Year’s resolutions was to plan things ahead. I planned it in February, this is where I wanted to go everywhere. It was amazing how welcoming everyone was, it was a very grounded experience. To see the landscapes and it was a very humbling experience to see people living with nothing. A house made with sticks, twigs. No shoes, no socks and going about their daily lives, not with social media or western world stuff. They didn’t take anything for granted that was beautiful to see.

On whether he can win a race this year: “Yes, definitely. We have improved with the regularity, the progress of the team, the car is becoming more of a racing car, which it was not at the start of the year. The last race was the best performance we have had so far, which allowed us to close their gap. Naturally it will be tough, we will keep our heads down… I think we will close the gap.

At the break: “I needed it! The first part of the season was marked by ups and downs. I accumulated a lot of emotions. I was very happy to go on vacation, it was just great.

“We have to try to maximize all the opportunities available to us. I still believe in the Championship, I believe in it until the end. I’ll do my best.

On Spa: “It’s a very special track for me, I think the first victory is very special. I really enjoy driving all the time, more for a great result this weekend.