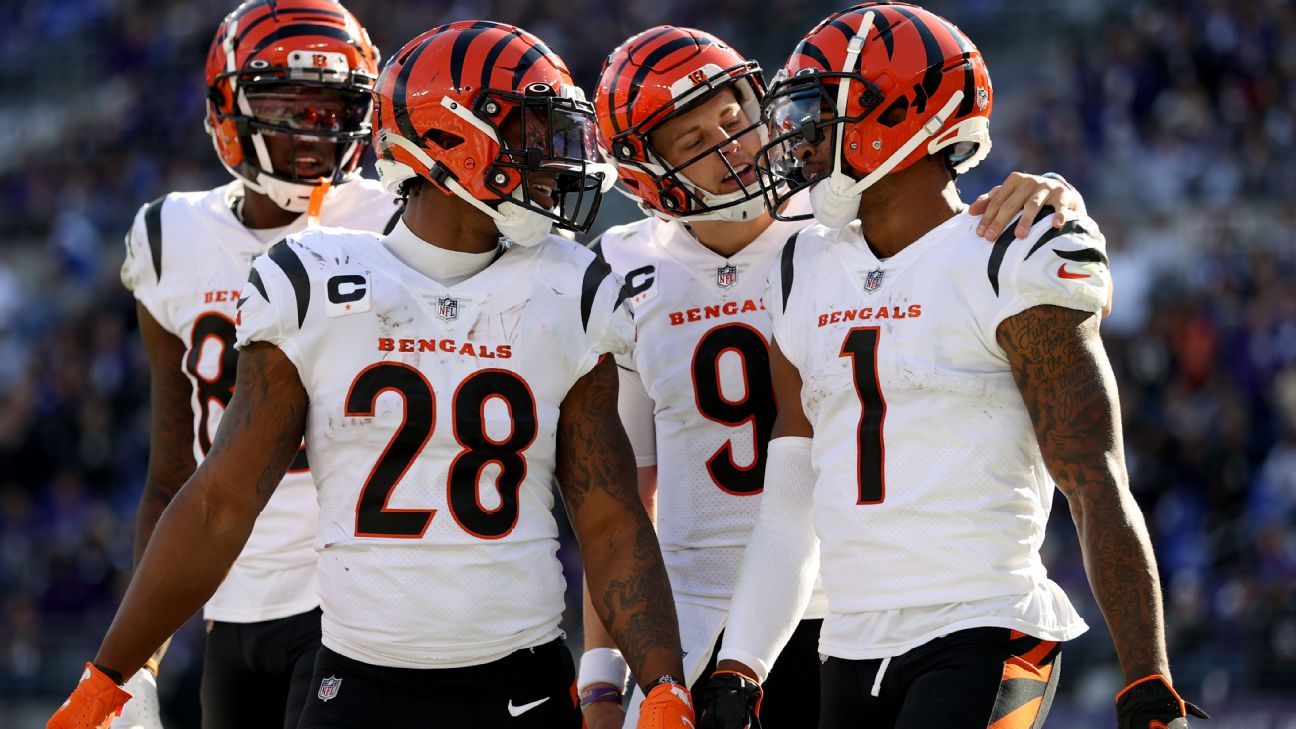 There are so many twists and turns in an NFL Sunday that it’s hard for fantasy football managers to keep up with it. This column is designed to help you out, by providing you with all the storylines you need to know from the Sunday action in order to jumpstart your research for week 18.

The Cincinnati Bengals won the AFC North title with a 34-31 victory over the Kansas City Chiefs, with Joe Burrow and Ja’Marr Chase helping many fantastic managers claim their league crown with historic performances . In Week 17’s win, Burrow became the first quarterback in NFL history to throw for 400 yards and four touchdowns without any interceptions in back-to-back games.

Meanwhile, Chase became the youngest player to have at least 180 receiving yards and three touchdown receptions in a single game. Randy Moss (1998) and Jerry Butler (1979) are the only other 21-year-olds to total at least 150 receiving yards and three receiving touchdowns in a game. Chase also became the first player with multiple touchdowns over 65 yards in a single game since Odell Beckham Jr. achieved the feat for the Giants in Week 6 of the 2016 season.

All statistics are courtesy of ESPN Stats & Information, unless otherwise noted.

Here’s a look at some of the other notable stats from Sunday’s action: