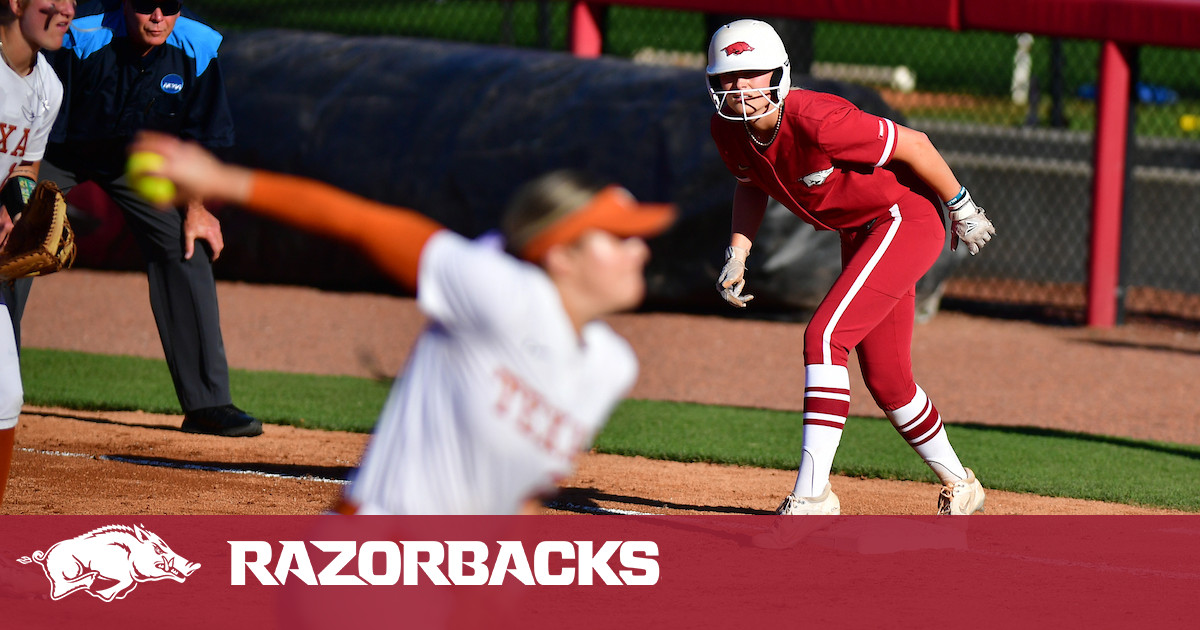 FAYETTEVILLE, Ark. – After winning Game 1 7-1 Thursday night, No. 4 Arkansas fell to No. 18 Texas 3-1 on Friday at Bogle Park. The Razorbacks and Longhorns will face off in Game 3 or Homecoming at 3 p.m. Saturday on ESPN.

Despite Texas scoreless in six of the game’s seven frames, Arkansas was unable to muster the points needed to regain their lead. The Hogs started strong, reaching base in each of the game’s first three innings before senior Danielle Gibson broke a 0-0 tied ball game in the third with an RBI single down the right field line. Texas responded with three runs in the bottom frame to permanently capture a 3-1 lead.

Junior Chenise Delce (19-2) had a solid outing in 3.2 innings of relief. The right-hander allowed no runs on three hits while striking out four. Delce kept the Hogs in, striking out five of the last six batters she faced.

Gibson led the Razorback offense with two hits and an RBI. Senior KB Sides went 1 for 2 with a walk and run to start. Graduate Taylor Ellsworth and freshman Kacie Hoffmann represented the other two Arkansas hits of the night.

The Razorbacks and Longhorns meet in Saturday’s rubber game with a trip to the 2022 Women’s College World Series on the line, starting at 3 p.m. The game will be nationally televised on ESPN. Arkansas is looking for its first-ever trip to Oklahoma City.