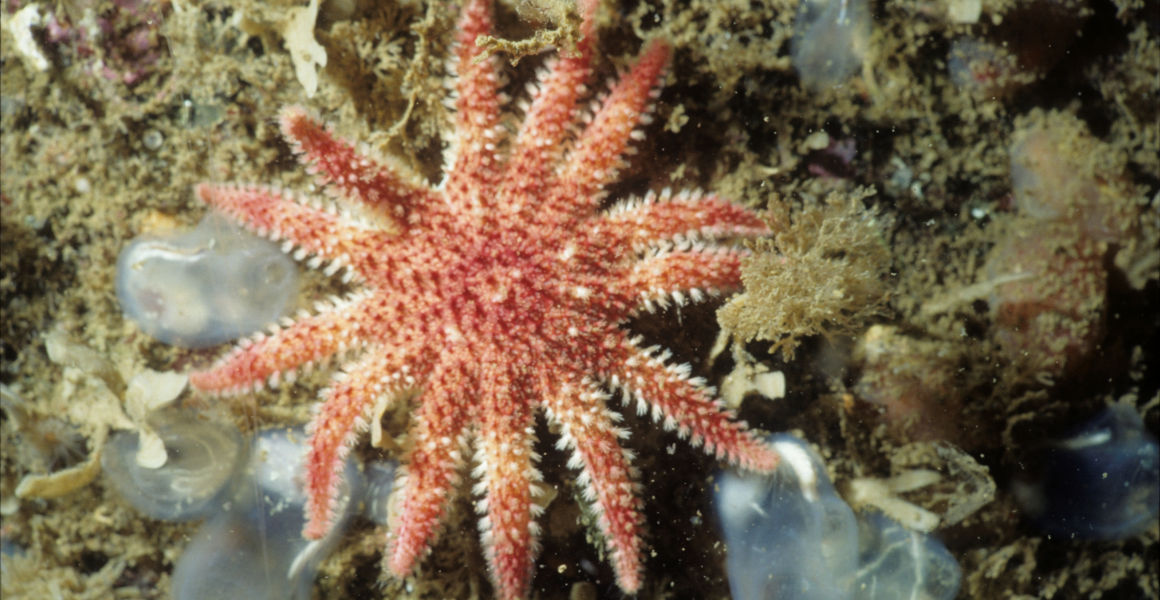 How was starfish wasting disease discovered in Europe?

The discovery of SSWD in Europe was accidental, as Patrick and his co-authors set out to collect starfish for behavioral study.

Although there have been potential outbreaks in the Mediterranean and reports from aquariums, this is the first time the condition has been reported by scientists in Europe.

“We were looking to conduct behavioral experiments when we collected these specimens from the Irish Sea in March 2022,” says Patrick. “Unfortunately, they started dying from the SSWD and so the experiments failed.”

“That said, we were lucky to find them. Because starfish decay so quickly in nature, it is difficult to study them in time.

The researchers found that C. papposus starfish that appeared healthy began showing symptoms of illness after five days in a holding tank. Of the 12 individuals collected, only four were still alive after one month.

Like other cases of SSWD, starfish death was associated with unusually warm temperatures. At the time of collection, the UK was about 2⁰C warmer than normal, and Northern Ireland, where collection took place, was experiencing 90% more sunshine.

More recent heat waves, such as the record highs of July 2022, may also have caused SSWD outbreaks. However, with many species of affected starfish living below the tidal zone, the disease can go unnoticed.

Patrick argues that more funding is needed to understand the true extent of the disease and how it affects European marine ecosystems.

“It’s not a canary in the coal mine, but a confirmation that things are changing,” he says. “We were lucky to find SSWD, so now we need to study it further and understand how our ecosystems will be affected.”

“However, there has not been much recent survey work on the populations of these species, and it is very difficult to obtain funding for this type of basic research. This highlights why we need to support this research so that we can observe large-scale ecosystem changes.

“If we are not aware of what is happening, the impacts of this disease and its potential consequences could be much more widespread than we know.”

2022-07-26
Previous Post: Idaho survivalist takes part in The History Channel’s hit show ‘Alone’
Next Post: The Fraud Hunt of 2020: Among the Biggest Time Wasters in US History