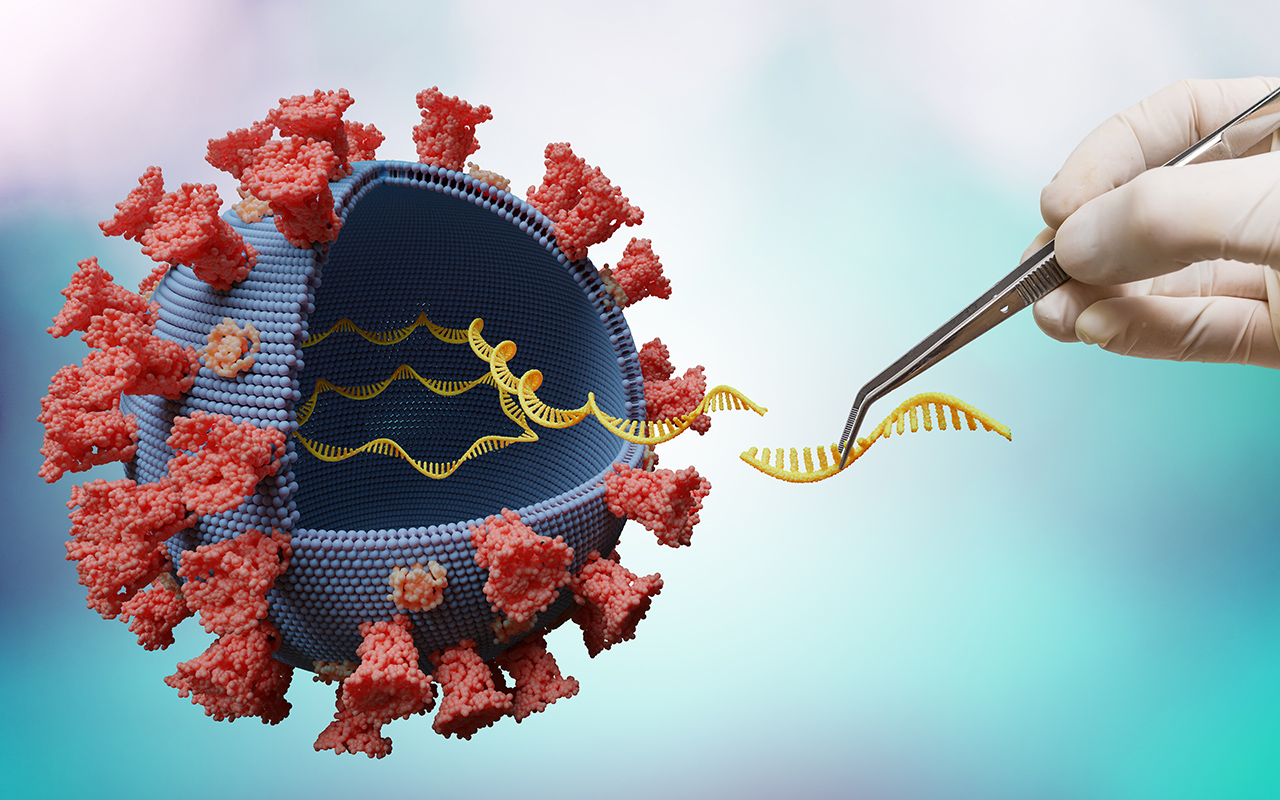 Gain-of-function research and the origins of Omicron

IN his new book, dark winterProfessor Raina MacIntyre, a world-renowned biosecurity expert, hides what would be called “Easter eggs” in video games – nuggets of knowledge that leave readers a lot to think about.

out tomorrow, Dark Winter: An Insider’s Guide to Pandemics and Biosecurity is a history of pandemics, a warning about the state of virus stocks around the world, and an introduction to what we must do to protect ourselves from future pandemics.

One of these Easter eggs jumps off the page in front of all the others.

Was the Omicron variant of SARS-CoV-2 made?

A major point of discussion in the book is the ethics of gain-of-function research.

“Gain-of-function research is a subset of dual-use research of concern,” Professor MacIntyre said. Preview+ in an exclusive podcast.

“For starters, the worrying dual-use research applies to any technology that can be used for beneficial, as well as harmful purposes. It can be robotics, artificial intelligence or biological technology, the main purpose of which is to benefit humanity, whether for medicines, vaccines for agriculture, for defense or for other kinds of purposes,” she said.

“The same technology can also be used to harm humanity. Thus, gain-of-function research involves engineering a pathogen to give it properties that it has not acquired naturally.

The controversy started making headlines in 2012, when two groups of scientists conducted research on gain-of-function bird flu viruses, which are not naturally contagious between humans.

“These research groups took these bird flu viruses and repeatedly passed them through ferrets, which are a good human proxy because they have the same composition of respiratory tract receptors.

“When you pass a virus repeatedly through a species, you help it adapt to that species.

“In this case, the virus was conferred with properties that made it suitable for human-to-human transmission. When the virus acquired these characteristics, it became easily transmissible from person to person.

“They took a bird flu virus that is not easily transmitted between humans and gave it pandemic potential,” she said.

“Their arguments were that it helps to make vaccines against a pandemic, should it occur, and should it be the same virus that they designed,” Prof MacIntyre said. “As we know, you can never predict which virus will emerge naturally. There is no way to predict the virus and make a vaccine against it.

Avian influenza gain-of-function research has polarized the scientific community. One group was convinced that gain-of-function research was essential and that the future of mankind was at stake. Another group, including Donald Henderson, who was one of the leaders in the eradication of smallpox, cautioned against this and against publishing the methodologies in scientific journals where everyone could access them.

“For a while there was a moratorium on this type of research, initially in 2011, but there was a lot of pressure after that,” Prof MacIntyre said. Preview+.

“There was so much pressure that around May 2012, it [moratorium] was canceled and the logs were published. And that was it – the doors were open. Hundreds or even thousands of [gain-of-function] articles, have since been published.

Has any research on gain of function been done on coronaviruses?

“Since the outbreak of SARS, scientists have been fascinated by the virus, and since 2014 many groups were doing this kind of research and on other viruses as well.”

In September 2021, Professor Paul Bieniasz and his colleagues at Rockefeller University in New York published an article in Nature. Here is what Professor MacIntyre wrote about this research:

“As Bieniasz told NPR, ‘the goal was to answer the question: is it possible for SARS-CoV-2 to completely evade neutralizing antibodies?’ In order to explore this question, Bieniasz and his team engineered a mutant version of the SARS-CoV-2 spike protein to make it resistant to vaccines.They took about 20 mutations that have happened in the world before, but never together, and engineered a “polymutant cutting-edge mutant” – in other words, they showed how to make SARS-CoV-2 resistant to vaccines. Two months later, in November 2021, the Omicron variant had emerged, which had most of the 20 mutations Bieniasz and his team published with open access methods, and more.

Can we conclude that Omicron was made?

Professor MacIntyre does not say so specifically in dark winterbut she said Preview+:

“In the book, there are things that I don’t say. I’ll just call it Easter Eggs – there are Easter Eggs in the book and people who are turned on, who follow the topics, can read between the lines.

Dark Winter: An Insider’s Guide to Pandemics and Biosecurity by Raina MacIntyre is published by NewSouth Publishing and will be released tomorrow, November 1, 2022.

Subscribe for free Preview+ weekly newsletter here. It is accessible to all readers, not just licensed physicians.

2022-10-31
Previous Post: Yuli Gurriel, JT Realmuto Among Story Makers This Post-Season
Next Post: Witch stereotypes abound, but can be co-opted to resist patriarchy