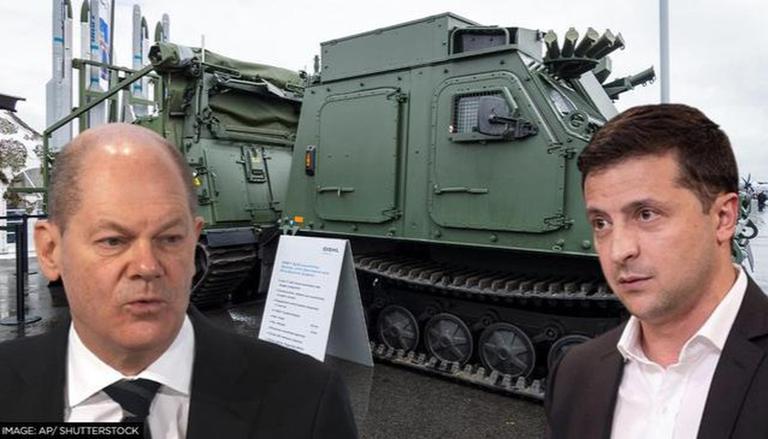 As invading Russian forces prepare to seize crucial towns in eastern Ukraine, Germany has pledged to supply the war-torn country with some of the modern weapons to fight the Russian invasion. Germany claimed it would supply Ukraine with advanced “anti-aircraft missile systems” and “radar systems”. According to a Associated Press report, Germany promised to supply the IRIS-T air defense system to Ukraine, which will make it the first long-range air defense armament sent to the Zelenskyy government since the war began on February 24.

Furthermore, it is pertinent to note that previous deliveries of shoulder-mounted man-portable air defense missiles provided by Germany have enhanced the Ukrainian military’s ability to shoot down helicopters as well as other low-flying aircraft. , but not enough to challenge the Russian air force. dominance.

IRIS-T surface-to-air missiles, according to German Chancellor Olaf Scholz, are the country’s most advanced air defense system. He claimed: “With this, we will enable Ukraine to defend an entire city against Russian air attacks.” In addition, radars will help Ukraine locate enemy artillery.

Apart from that, Germany has decided to deliver nearly 15 “Gepard tanks” to Ukraine to help in the fight against Russian soldiers. On May 20, a spokesperson for the German Ministry of Defense announced that the first 15 Gepard tanks would be delivered to Ukraine in July. According to media reports, German Defense Minister Christine Lambrecht agreed to send the Gepard tanks via video conference with her Ukrainian counterpart, Oleksii Reznikov.

The Gepard tanks would be armed with “adequate” ammunition, according to the media. There was another announcement that there was enough ammo for over 100 combat loads, each of which could fight 25 targets. Since Russia’s military attack on eastern and southern Ukraine failed to capture Kyiv, the country’s demand for heavier weapons has grown stronger. Germany also supplied Kyiv with seven self-propelled howitzers and began training Ukrainian troops.

Meanwhile, Ukrainian Ambassador to Germany Andriy Melnyk mentioned that the ongoing war is a defining moment in Ukraine’s history. Taking to Twitter, he said referring to the arms transfer to Ukraine: “Finally we can say from the bottom of our hearts to Chancellor #Scholz: ‘Thank you!'”.

The Spiegel: #Ukraineambassador to Germany, @MelnykAndrij talked about a turning point for Ukraine. He reacted to the news of the delivery of a modern air defense system by saying: “Finally, we can say from the bottom of our hearts to the Chancellor #Scholz‘Thanks!'”. pic.twitter.com/cptzAhoBFd