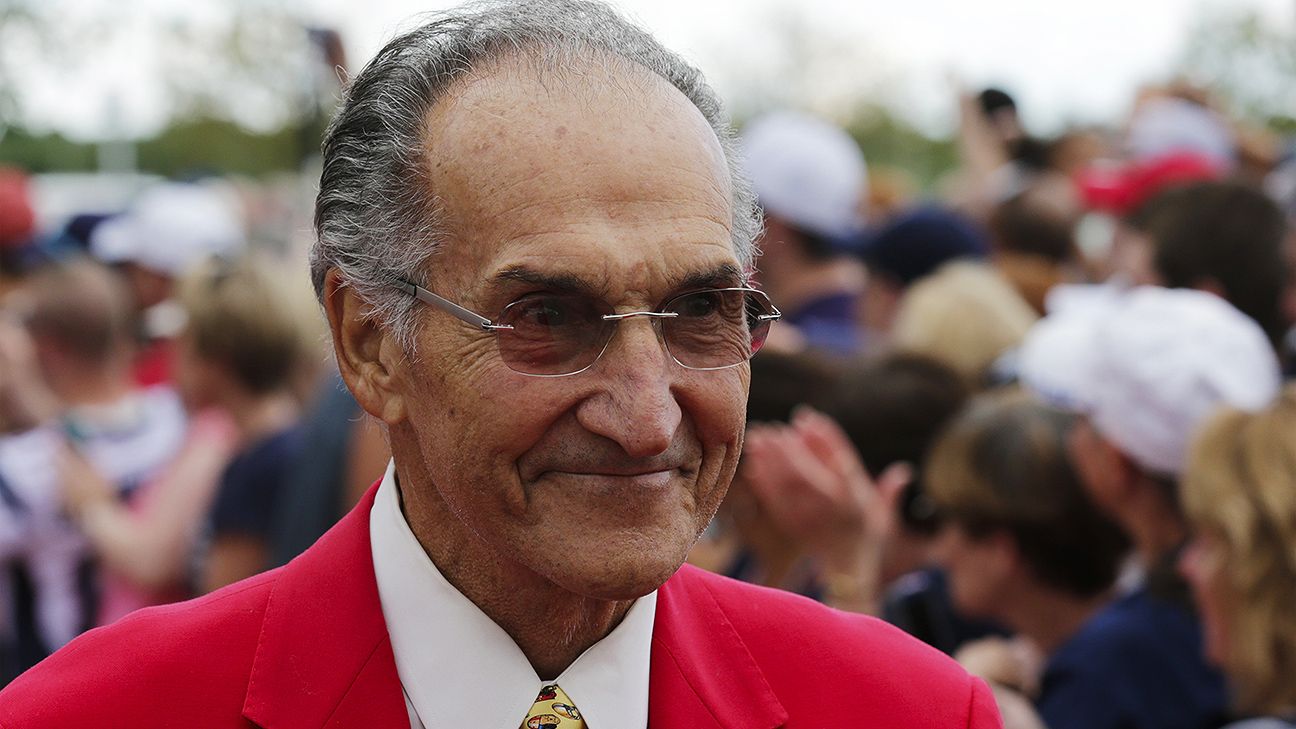 Gino Cappelletti, legendary member of the original Patriots, AFL MVP of 1964, dies at 89

FOXBOROUGH, Mass. — Gino Cappelletti, original member of the Boston Patriots in 1960 and American Football League Most Valuable Player in 1964, has died. He was 89, according to the team.

Cappelletti was one of only three players to have played every game in the AFL’s 10-year history, along with Jim Otto and George Blanda.

A wide receiver and placekicker, he finished his career as the AFL’s all-time leader in points (1,100) and field goals (170). He played his entire career with the Patriots (1960-1970) after joining the University of Minnesota team.

Cappelletti moved from the field to the Patriots’ broadcast booth in the 1970s, taking a three-year hiatus at one point to serve as the Patriots’ special teams coach.

He returned to serve as a radio analyst from 1988 to 2011, with his calls alongside the late Gil Santos – particularly since the Patriots’ first Super Bowl win over the Rams – considered by many to be one of the greatest of the sporting tradition of New England.

“For the first 51 years of this franchise’s history, Gino contributed as a star player, assistant coach and broadcaster. You couldn’t be a Patriots fan in those days and not be a Gino fan,” said Patriots owner Robert Kraft. . “The Patriots have had many iconic and fan-favorite players over the years. Gino was the first.”

We are deeply saddened to learn of the passing of Patriots Hall of Famer Gino Cappelletti: https://t.co/gtMjrhfdFF

Cappelletti was a five-time AFL All-Star selection, led the AFL in scoring five times and has the two best seasons in AFL history with 155 points in 1964 and 147 points in 1961. He also holds the Patriots single game. record for points in a game with 28 (December 18, 1965 against Houston.).