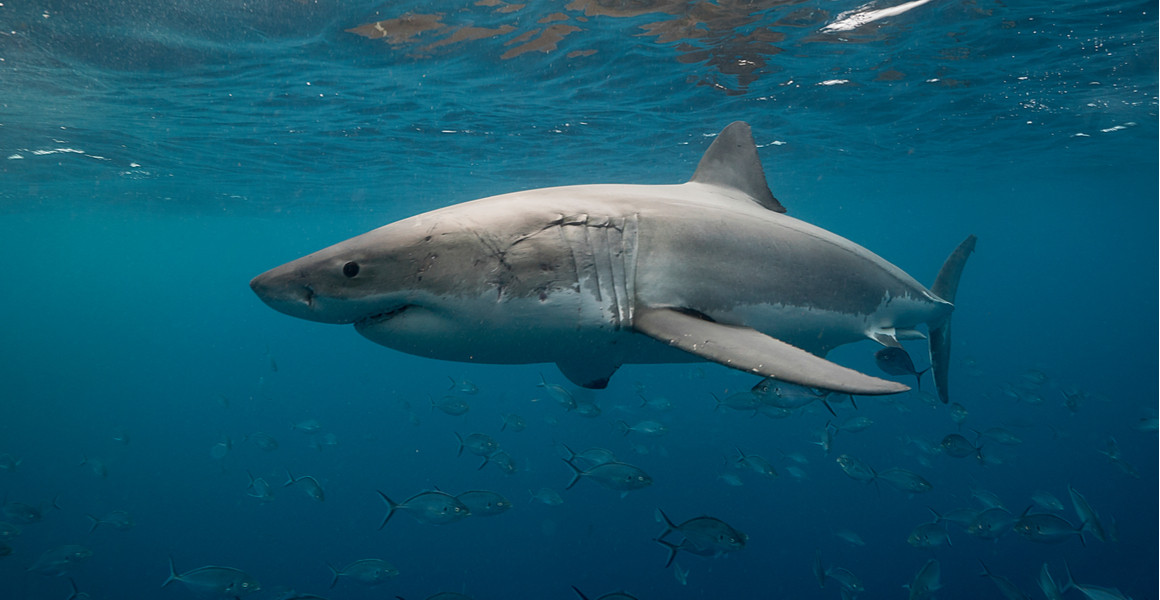 Great white sharks may have contributed to the extinction of megalodons

What do teeth reveal about the diet of extinct animals?

Studying the diet of a living species is relatively simple, but for extinct species it is much more difficult to determine what they ate.

Fossils can sometimes preserve the remains of a last meal, but such specimens are very rare, while comparisons with living relatives can be helpful, but may not be completely representative of an ancestor.

Instead, scientists turned to a variety of chemical and analytical techniques to find out what was on the menu. Analysis of preserved tissues such as hair can be used to identify the building blocks of proteins, which in turn can be used to infer how much meat or plants an animal might have eaten.

Examination of the teeth can also offer dietary clues by their shape and condition. For example, the presence of features such as cavities suggests that a species ate a large amount of sugar, with the jaws of the ancient mammal Microsyops latidens used to deduce when they started eating more fruit.

But beyond the superficial details, a closer examination of the teeth can also be revealing. Levels of different forms of the same element, called isotopes, can be used to determine many details of an extinct organism’s lifestyle, from its metabolic rate to its diet.

Since shark skeletons are mostly made of soft cartilage that rarely fossilizes, most of what we know about these animals comes from their stronger teeth.

A particularly common isotope in teeth is zinc, which is found in both the hard enamel coating of teeth and the dentin layer below. Zinc is mainly obtained through the diet, with different proportions of zinc isotopes related to what an animal eats and its position in the food chain.

Large predators have lower proportions of zinc-66 compared to other isotopes in their bodies because the muscle tissue that makes up a significant portion of their diet is low in this isotope. The lower the proportion of zinc-66 in an animal’s body, the more likely it is to be higher up the food chain.

As this method of comparison is still new, there have been relatively few studies using it to examine the diet of extinct organisms. With the abundance of fossilized shark teeth, the scientists behind the present study decided to investigate what this technique can reveal about these deep-sea hunters.

2022-05-31
Previous Post: Environmental sustainability at the center of economist’s new University of Arkansas
Next Post: BTS-mania sweeps the White House as boy band speaks out on anti-Asian hate | Biden Administration