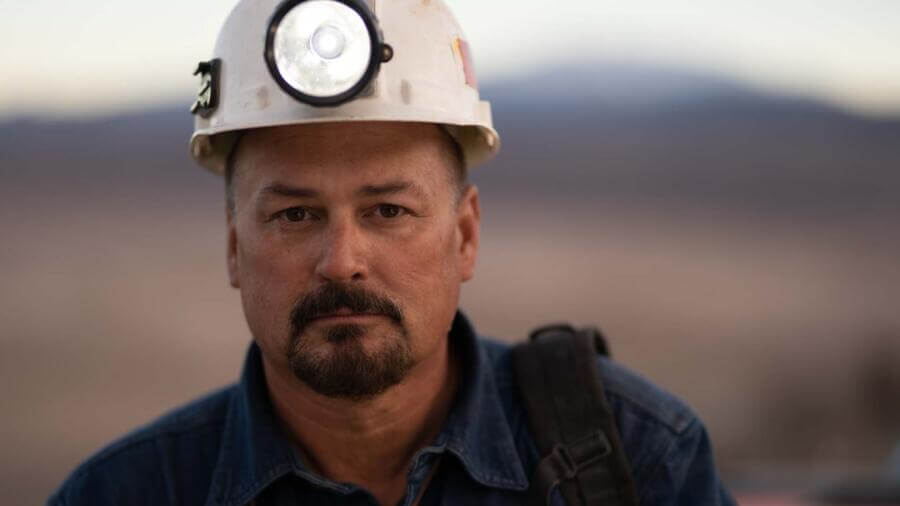 Local business owner and historian Chris Hegg stars in the History Channel’s “Lost Gold of the Aztecs” series and its new season features plenty of scenes from Mineral County.

The show – a spin-off of the popular “The Curse of Oak Island” which aired last season – follows three families in three different US states as they search for signs of Aztec treasure and proof that Emperor Montezuma and the Spanish conquistadors roamed the deserts of Nevada.

“Viewers of the History and Discovery Channel loved the discovery-hidden-treasure/conquistador angle of ‘The Curse of Oak Island,’ and there aren’t many places like it,” says Hegg.

Hegg says “The Lost Gold of the Aztecs” has been in development for two years, delayed due to covid. Hegg has worked with the History Channel since 2018 when they found him after a commentator on the “Ancient Aliens” show. He was into independent mining and deciphering petroglyphs in the Nevada desert long before that, and published a book called Ancient Language of Man which won a Top Shelf Indie Book Award in 2019. He was working with a company local production when History Channel reached Hegg, saying they liked Hegg’s book and wanted to know more about where his theories came from.

“I grew up in Luning and around all the old miners you still see here [in Hawthorne]. I treasure hunted and they passed on stories of Aztec artifacts and gold that were [supposedly] found here,” he says.

Studying ancient petroglyphs for decades, Hegg believes the origin story of the Walker River Paiute tribe is almost identical to Aztec stories – even down to the legend of Cecil the Serpent – ​​and wanted to track down those stories.

“There have been all kinds of artifacts found over the years at Walker Lake as well as at Pyramid and Lahontan – the white clay porcelain that archaeologists found in the 1950s that was made in Mexico,” he says in his search for Aztec gold. Now Hegg and his team are trying to prove that these artifacts originated in Mexico and passed through Mineral County. The development of the show “The Lost Gold of the Aztecs” increases his research and helps people discover Mineral County.

“I’ve been fighting for years to get Mineral County and Walker Lake on the map,” Hegg smiles. “There’s a reason Mineral County is called ‘Nevada’s scenic secret’. It’s a beautiful place,” he adds.

When asked what was his most interesting discovery in Mineral County, Hegg replied, “Actually, I can’t say, but I can talk about it (published in episode five of “The Gold lost of the Aztecs”) is the discovery of the cochineal bug,” says Hegg. Creating a bright red dye that was considered second in demand after silver, Hegg says it was exciting to find these insects native to the tropics deep in the soil of Mineral County.

“It was the second most expensive treasure in the world,” Hegg says of the cochineal in the days of the Spanish conquistadors. “And we found plenty of it underground, human-processed freeze-dried insects on a shelf.”

Hegg assumes he was transported from the South.

“I’m in the petroglyphs and looking for them; I grew up around them,” he says. “They have a Spanish influence to them, and this show [“Lost Gold of the Aztecs”] is to prove that the Spaniards were there. All the conquests were pretty good there, but that region hasn’t really been explored,” he adds. His theory is that 19th century explorer John C. Fremont was sent by the federal government with two cannons and over 30 men to confront the Spanish and find the lost city here in the western United States.

Hegg thinks it took a long time to come to fruition because so many more people were involved in documenting it on a major television network, but it was just as well that the team was so active.

“It’s better that way because we could get down to business,” he said. He likes the network’s commitment to not going too crazy and keeping the show realistic, but he had a traumatic event in the mines that the camera crew was there for, but he doesn’t know if it will be broadcast.

In the meantime, Hegg encourages people to stay tuned to see what they find and maybe catch a glimpse of their Mineral County friends and neighbors.

“There are quite a few people from Mineral County on this show; I think they’re excited to see themselves on TV,” Hegg adds.

The first season of “The Lost Gold of the Aztecs” with Mineral County resident and Pepper’s Place owner Chris Hegg airs on the History Channel Tuesday nights at 10/9c.