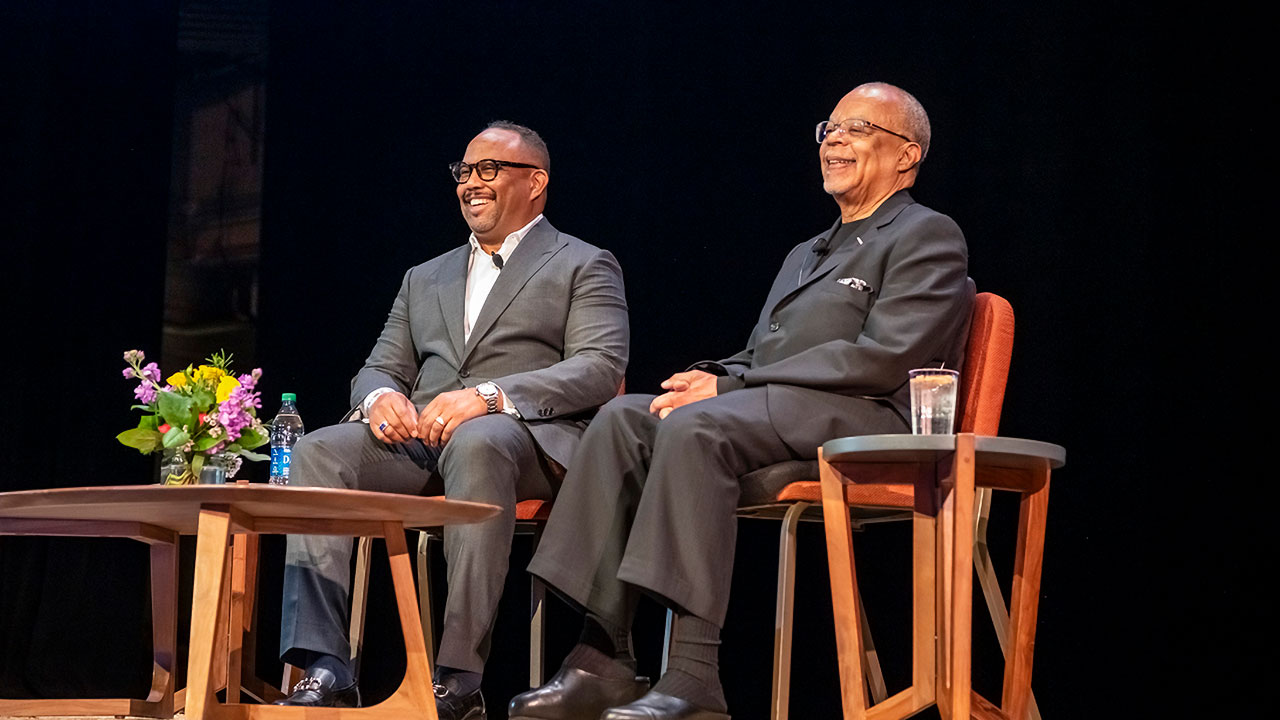 Henry Louis Gates Jr. has inspired hundreds of celebrities and public figures over the years to explore their ancestry and make insightful revelations about their past.

However, Gates’ interest in ancestry did not begin after he became a renowned scholar, professor, filmmaker, journalist and cultural critic. Instead, it started when he was a young child in West Virginia asking his parents about their family tree.

This interest grew over the years, eventually serving as the basis for his hit PBS show “Finding Your Roots with Henry Louis Gates Jr.”, where he explores the ancestry of influential people from diverse backgrounds.

Gates discussed the origins of his show, his own interest in genealogy and family history research, and other topics during “Past Connections That Bind Us All: A Conversation with Henry Louis Gates Jr. “, a Q&A event hosted by Arizona PBS and ASU’s Walter. Cronkite School of Journalism and Mass Communication on Saturday, April 30 at ASU Gammage. The event was kindly sponsored by Arizona Gammage, SRP and ASU Library.

Gates also shared behind-the-scenes stories outlining some of the most notable finds with the celebrities and public figures who have appeared on his show, and answered questions submitted by community members at the event, which was moderated by Battinto L. Batts Jr., Dean of the Cronkite School and Adrienne Fairwell, Executive Director of Arizona PBS.

Although Gates first developed an interest in ancestry as a child, he was further inspired by the 1977 TV miniseries “Roots,” based on the family history of author Alex Haley.

“I wanted to be like Alex Haley…what village, what ethnic group I came from,” Gates said.

In 2000, he was contacted by a black geneticist from Howard University who was looking for volunteers for DNA research. Gates volunteered, eventually learning that he was a scion of the Nubian tribe.

He was the only person out of 2,000 to have been tested for descent from this tribe.

After Gates discovered his own genealogy, he decided he wanted to help others do the same. So he developed an idea for a documentary where he would test the DNA of eight prominent black people and trace their ancestry back to slavery.

After a few years of planning and presenting, he launched “African American Lives”, with Oprah Winfrey as one of his first guests.

Gates initially focused on black celebrities and public figures, including Winfrey, Quincy Jones, Chris Tucker and Ben Carson, until he received a letter from a Russian Jewish woman imploring him to include other races and ethnicities.

“I am a professor of African and Afro-American studies. It had never crossed my mind to even think about doing white DNA,” he said.

From there, Gates included celebrities such as Meryl Streep and Stephen Colbert, helping the show evolve into its current status as one of PBS’ most-watched programs.

As the show progressed, Gates said the show needed to develop an ethics policy and protocols whenever they found out the celebrity or someone close to them was adopted. He described the stress and trauma it entails when someone discovers that their parent is not related to them by blood.

Towards the end of the discussion, Gates debunked some misinformation regarding the slave trade, including the actual number of Africans who arrived in America, and shared tips and resources for those who wanted to learn more about their genealogy.

You can see photos from the event here.