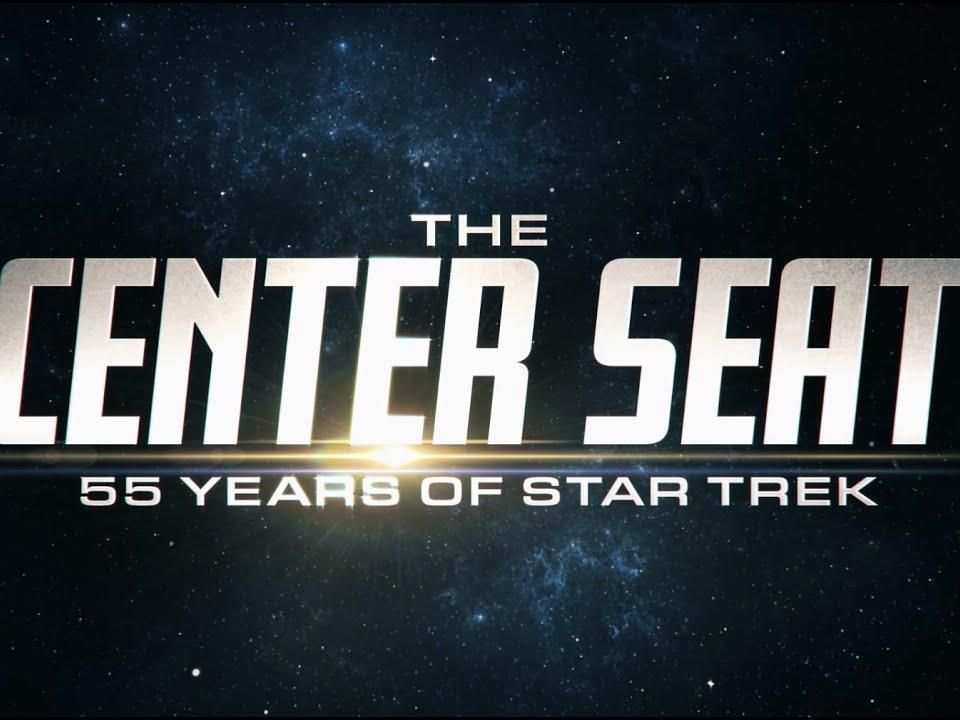 History Channel pays homage to a legacy of science fiction with the series “The Center Seat: 55 Years of Star Trek” (exclusive)

September 8 marked the 55th anniversary of the premiere of “Star Trek” from creator Gene Roddenberry, a “Wagon Train To the Stars” series that Lucille Ball’s production company made a huge bet to spawn a multi-billion franchise. of dollars covering the entire sphere of pop culture.

Starting tonight (November 5), The History Channel is celebrating this sci-fi legacy with “Headquarters: 55 Years of Star Trek“, a new 10-part documentary series directed by Brian Volk-Weiss (” The Movies That Made Us “,” The Toys That Made Us “).

Narrated and produced by Gates McFadden, who played Dr. Beverly Crusher in “Star Trek: The Next Generation”, each episode reveals a specific chapter in the half-century history of “Star Trek”, from the genesis of “The Original Series” to a constellation of spinoffs and sequels seen in film and television. (If you’re wondering how to watch any â€œStar Trekâ€ series, check out our Star Trek Streaming Guide to see where to find the sci-fi franchise online.)

Space.com sat down with series creator / director Brian Volk-Weiss to learn more about that formidable “Star Trek” venture, which he was most happy to interview, his childhood memories of ” Star Trek “and why actress Kirstie Alley wore a bathrobe. in “The Wrath of Khan”.

Space.com: What prompted you to turn to â€œStar Trekâ€ and how did you approach this ambitious docuserie?

Brian Volk Weiss: Well, structurally we had a lot of advantages that the other docs didn’t because we were doing ten episodes simultaneously. So we knew before we even paid for a box of paper clips that we could devote an hour to the original series, an hour to the animated series, an hour to “Star Trek: Enterprise”. It was a real luxury, and to my knowledge, I don’t know anyone else with another “Star Trek” doc.

The inspiration was Ken Burns. Remember I was a kid hearing about twenty hours ago about Gettysburg? How could you do twenty hours? Then I finished it and wished it had been 40 hours on Gettysburg. So that’s the mindset that we’ve really tried to bring into it. We have the luxury of taking the deepest documentary dive ever in “Star Trek”. This is what we have decided to do and we will know soon whether we have accomplished it or not.

Space.com: Growing up, what were your earliest memories of “Star Trek?”

Volk Weiss: I have two memories which are my first from “Star Trek”. My first is to be on a ski lift with my mom in Massachusetts and she explains the show to me. She was talking about the original series and telling me how the television worked. This is how I was young. And the other memory, I don’t think I was more traumatized in a movie than watching the Ceti eel come in and out of Chekov’s ear. [“Star Trek II: The Wrath of Khan”].

Space.com: While researching the rabbit hole on “The Center Seat”, what are the surprising facts that you discovered?

Volk Weiss: Well, we have learned a lot! I don’t want to give too much away, but I’ve seen “The Wrath of Khan” three or four hundred times. So I interview Kirstie Alley and she was talking about coming to Hollywood to be Vivian Leigh. But she learned that the Vulcans were the furthest removed from Vivian Leigh. It was her first job in show business and she couldn’t turn it down and she used her charm to make the character look more like Leigh.

But there is no character less than her than Saavik and I was a little confused. So she says, “Brian, did you ever notice the first time you saw Saavik her hair is in a bun, no makeup at all and the last time you see her her hair is down and she’s wearing mascara, she has eyelashes and lipstick on? ” I told him I never noticed that. She said, “Have you ever seen a scene in any other ‘Star Trek’ movie or TV show where there’s a character in a bathrobe in an elevator?” She explained that she was really young and pretty and covered from toe to neck with no makeup on. Every day she tried to push the hairstyle and makeup and director Nicolas Meyer to let it look like herself. This is my crazy thing that I learned.

Space.com: Who were you most excited to interview for this project, and who did you really want but couldn’t get?

Volk Weiss: Patrick Stewart is the person we wanted the most but didn’t have. Avery Brooks was a close second place [Captain Sisko]. But I knew before I started that he was famous for not doing any interviews on “Star Trek”, so my expectations were met. The interview I expected the most, because his writing changed my life, it was Nicolas Meyer.

Space.com: What do you think is the most underrated “Star Trek” movie or series?

Volk Weiss: I have to say it’s a connection between “Star Trek III: The Search For Spock” and “Star Trek: VI: The Undiscovered Country”. I think “Star Trek III” is a fantastic movie. There is humor, stakes, pathos, emotion and a great dialogue. Theft of the Enterprise ?! One of the greatest moments of “Star Trek”. David gets killed? The Enterprise destroyed? A lot of very important things happen in “Star Trek III”, but it has the bad luck of coming after what I consider to be the best “Star Trek” movie ever made, and the bad luck of coming before the funniest and most successful. from the film era of the original series.

And then “Star Trek VI” is a great story, a story that is still relevant today. You must finally see Sulu become a captain. You got to see Captain Kirk in action one last time. Both films are wonderful and I don’t think they are getting the love they deserve.

Espace.com: Are you happy with the direction of the new “Star Trek: Discovery” series and animated shows, and if you were given the keys to the franchise, where would you take it?

Volk Weiss: Here is my positive response. I’m very happy with “Star Trek: Lower Decks”, and I’ll leave it at that.

If I was in charge, I would make all of the shows about exploration and more about what I call “the riddle of the week” and less about mythology building. For me, â€œThe Original Seriesâ€, â€œThe Next Generationâ€ and â€œDeep Space Nineâ€ worked because they were brilliant castings. The actors they hired and the writing are all A-Plus. And that was half the battle.

The other half is “the puzzle of the week”. There would be a problem in the sixth minute and they would have fixed it in the 46th minute. To me, that’s what “Star Trek” is. An excellent cast with beautiful writing. These are the people you would like to dine with, but they solve mysteries.

Space.com: The “Star Trek: Enterprise” series finale was polarizing at best. What were your reactions to this strange and disturbing latest episode?

Volk Weiss: He’s arguably the best â€œStar Trekâ€ pilot to date, which doesn’t mean much. I feel like “Enterprise” is the opposite of all the other “Star Trek” series. “The Next Generation” took about two years to find itself. “Deep Space Nine”, I would say, took three years to find itself. “Traveling”, if anyone thinks they’ve found themselves, I would say maybe the third or fourth year. The first season of “Enterprise”, I think it’s the best season in “Star Trek” history and most of season two is pretty good too. But that they go into the 9/11 business with a laser beam across Florida when all we want to see is first contact with the Romulans and the founding of the Federation? The intrigue between humans and Vulcans in the first season was brilliant.

I had already run out of it by the time the finale rolled out, so I didn’t see it until I had heard from people for years how offensive and bad it was. The moment I looked at it I thought, “Yeah, that sucks as everyone says it is.” It was really special. Rick Berman was trying to finish his tenure and it really was about him, not so much “Enterprise”.

Space.com: What are you most satisfied with after completing “The Center Seat” and what do you hope fans take away from it?

Volk Weiss: I don’t do these shows for myself. I did this for the “Star Trek” community, and if the community likes the show, I’ll be very happy. If they don’t like it, I’ll be sad. So I’m not going to say I’m happy with anything until a month after it’s premiered and I’m hearing what everyone is thinking. If they’re happy, I’ll be happy. If not, I’ll try to do better next time.

And Gates McFadden, who narrates the show, took it upon herself to book hell. We don’t have Brent Spiner or Kate Mulgrew without her. I waited until the last minute to choose the narrator. Luckily Gates said yes and I think his voiceover is doing the show. I have been very blessed.

The first four episodes of “The Center Seat: 55 Years of Star Trek” will air weekly on the History Channel starting Friday, November 5 at 10 p.m. ET / PT, with six additional episodes available on “Historical chest”, the network’s subscription video service, available for $ 4.99 per month.