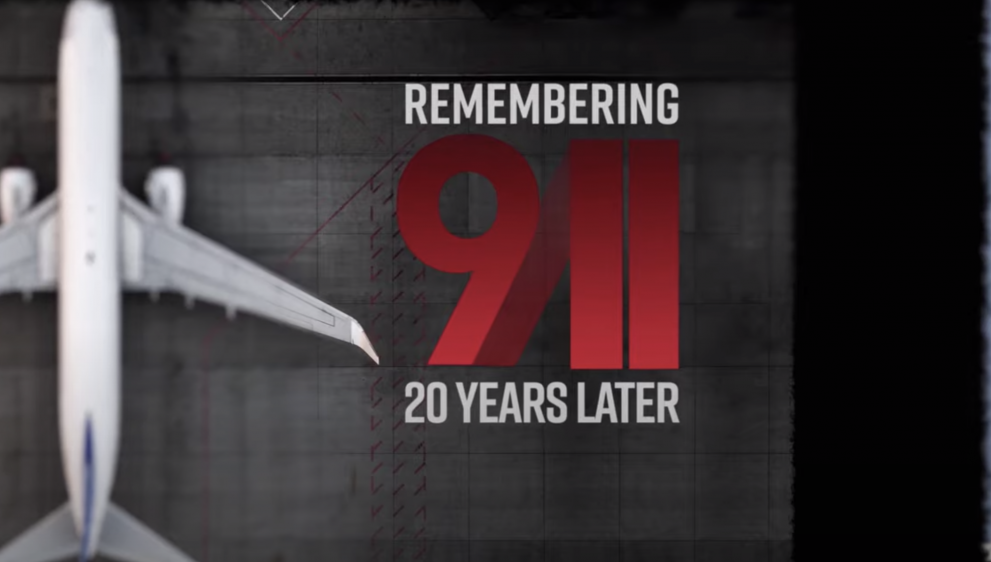 The History Channel will remember September 11 on the 20th anniversary of the terrorist attack with four new documentaries.

Joining History’s September 11 20th Anniversary lineup is 9/11: The Legacy, Rise And Fall: The World Trade Center, 9/11: Four Flights and September 11: I was there. The seven hours of documentaries will provide a holistic memento of the historic event, providing audiences with tales of American children, first responders and more.

In addition to documentaries that recall acts of heroism and reflect on how the 9/11 attacks changed the fabric of the United States, the History Channel will also feature a special episode of its podcast, STORY This week. 9/11: Rescue on the water, which debuts on September 6, is an audio episode that chronicles the efforts of New York City’s civilian, commercial and military boat captains as they orchestrated an impromptu coastal evacuation from Manhattan, putting more than 500,000 people to safety in amid the desperate chaos that followed the World Trade Center attacks.

Learn more about the full list of documentary and audio programming, airing September 10 and 11 on the History Channel below. Watch a trailer for the specials above.

Over 72 million children woke up on the morning of September 11, 2001 to what appeared to be an ordinary Tuesday; in the end, eight lost their lives and over 3,000 lost a parent. “9/11: The Legacy” is a poignant new hour-long documentary sharing extraordinary stories of resilience and healing for children affected by 9/11 – their lives and legacies 20 years later. The documentary sums up the tragic event through these young adults who describe what they thought it meant then compared to now and how the experience changed their lives forever. Viewers will hear the raw, moving and poignant details of this day from some of the students at Manhattan’s High School for Leadership and Public Service and their courageous principal, Ada Rosario Dolch, and English teacher Heather Ordover who ultimately directed the 550 students to security; individuals whose first-hand experiences have inspired each to serve their country; twin brothers who started a charity business in memory of their father who never came home and much more. Incorporating the tangible artifacts that keep these memories alive, the documentary offers stories of hope – a reminder of the historical impact and significance of September 11 for generations to come.

Through a unique architectural and technical lens, “Rise and Fall: The World Trade Center” takes a chronological look at the design, construction and destruction of the World Trade Center towers. It tells the true and inspiring story of the individuals who dreamed, planned and built a symbol of American strength and ambition. Step by step, viewers will witness the execution of this innovative and one-of-a-kind complex, from the first designs to solving technical challenges to its heart-wrenching collapse. The two-hour documentary covers the first terrorist attack on the WTC in the 1993 bombing and unpacks, in vivid detail, a timeline of how and why the building fell after terrorists flew planes there. line on September 11. With the use of historical and graphic elements, expert interviews and courageous first-hand accounts of the two attacks, the documentary reveals the wonders and vulnerabilities of these unforgettable buildings.

Four flights – American 11, United 175, American 77 and United 93 – took off on the morning of September 11, 2001, ignoring the shocking events to follow and the fate that would entangle them forever. Through the powerful and personal tales of family and friends, “9/11: Four Flights” tells the gripping and moving human stories of those aboard every doomed airliner. Watching the four flights for the first time in a program, the two-hour documentary unveils a saga of startling connections, bizarre coincidences and damaging decisions. From one flight followed by another as it veered off course, speeding toward Manhattan, to the last heartbreaking phone calls at incredibly poignant but heroic moments, viewers will hear about the bravery of the passengers, the crew, air traffic controllers and more who tried unsuccessfully to intercept airliners. On the 20th anniversary of this historic but tragic event, we remember and honor those lost loved ones and the day that transformed a nation forever.

September 11: I was there – Two-hour documentaries premieres Saturday, September 11 at 10 p.m. ET / PT

On the 20th anniversary of September 11, this two-hour documentary presents a unique and moving account of the day that changed the modern world. Featuring rare footage and audio recordings, “9/11: I Was There” unveils an intimate depiction of the events of September 11 captured by ordinary people who chose to take their video cameras on that day; some brave enough to take a closer look. Told in the moment without an interview, commentary or narration, this gripping documentary weaves the video diaries of a dozen people whose emotions are a remarkable documentation of this dark day. A truly extraordinary performance, “9/11: I Was There” puts viewers in the shoes of New Yorkers and visitors to unveil the tragedy, fear of what to come and the horrific consequences to follow, resulting in a narrative raw and unfiltered 9/11 from confusion to understanding, terror and relief.

9/11: Rescue on the water – This week’s HISTORY podcast special episode available Monday, September 6 joins Encore of Blindspot: The Road to 9/11

Taken from the award-winning HISTORY This Week podcast, new audio episode of “9/11: Rescue on the Water” chronicles the heroic efforts of New York’s civilian, commercial and military boat captains as they orchestrated an impromptu coastal evacuation of Manhattan – a scale larger than Dunkirk during World War II – putting more than 500,000 people to safety amid the desperate chaos that followed the World Trade Center attacks. Additionally, hailed as one of The Atlantic’s best podcasts of 2020, Blindspot: The Road to 9/11, a nine-part narrative podcast series co-produced by The HISTORY® Channel and WNYC Studios, tells the dramatic story and largely unknown about preparations until September 11, 2001. A special reminder presentation of the critically acclaimed podcast is now available. Based on The HISTORY® Channel TV documentary ‘Road to 9/11’ and hosted by Jim O’Grady of WNYC, Blindspot: The Road to 9/11 draws on interviews with over 60 people – including FBI agents, top bureaucrats, journalists, national security experts, and people who knew terrorists personally – and links them to original reporting. Audiences can listen to and subscribe to “HISTORY This Week” and “Blindspot: The Road to 9/11 on Apple Podcasts, HISTORY.com/podcasts, and wherever podcasts are available.