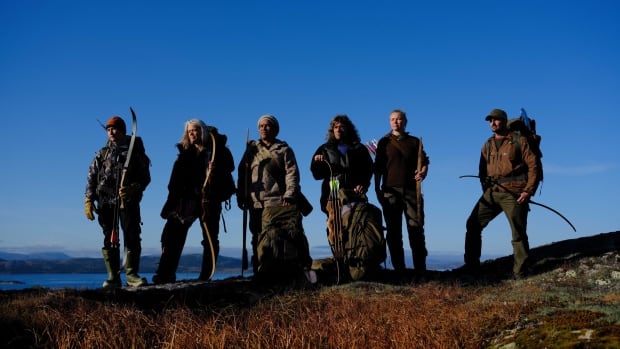 The History Channel series Only is back for a second time in Labrador.

Season 9 of the series, which drops survivors into a remote location to see who can last the longest, was set in Labrador and aired earlier this summer. After 78 days, Juan Pablo Quiñonez has won the $500,000 prize.

Now the series is back with an eight-week spin-off, Alone: ​​Frozen, in which six former contestants return for another chance to win $500,000. But for this series, executive producer Ryan Pender said, there’s a catch: Contestants only have to last 50 days, and everyone who does splits the money.

The six competitors were dropped off along the coast near Big River last fall before frost set in, Pender said. It was a natural fit because the series was already filming in the area, he said.

“We had never done an East Coast experience on the ocean. We wanted to, you know, put some of the best people we know out there and let them try again,” Pender said. “There’s fish and clams and, you know, the prospect of seeing a polar bear or having one come to camp. That was all right there.”

But zoologist Susan Crockford, in a post on her Polar Bear Science blog, said that despite the show’s marketing suggesting the possibility that survivors could encounter a polar bear, the timing made it virtually impossible.

Bears travel south on pack ice to feed on harp seals off the southern coast of Labrador and northern Newfoundland, she wrotebut when filming for the show ended in late December, there was still no sea ice off Labrador.

“Therefore, no possible threat of polar bear attack while survivors were there,” she wrote, “unless a very determined bear roams the entire coastline and thin shore ice from Hudson Strait, which might be technically possible but highly unlikely.”

Although some cower at the thought, trappers in the area have made similar stays for decades, and that’s something the show took into consideration when choosing the location, Pender said.

“The prospect of having animals in snares was very, very intriguing to both of us and I think the cast was too, because, you know, in theory, it’s all there,” Pender said.

Pender said people will get to know the contestants on a deeper level this time around. He said the show delves into what happened after their original experience, how they adjusted and what they learned.

“There’s never a bad guy on this show. It’s just that everyone, you know, is worth their salt,” Pender said. “And I think because of that, you know, we can really push back the doors and get a great insight into who these people are.”