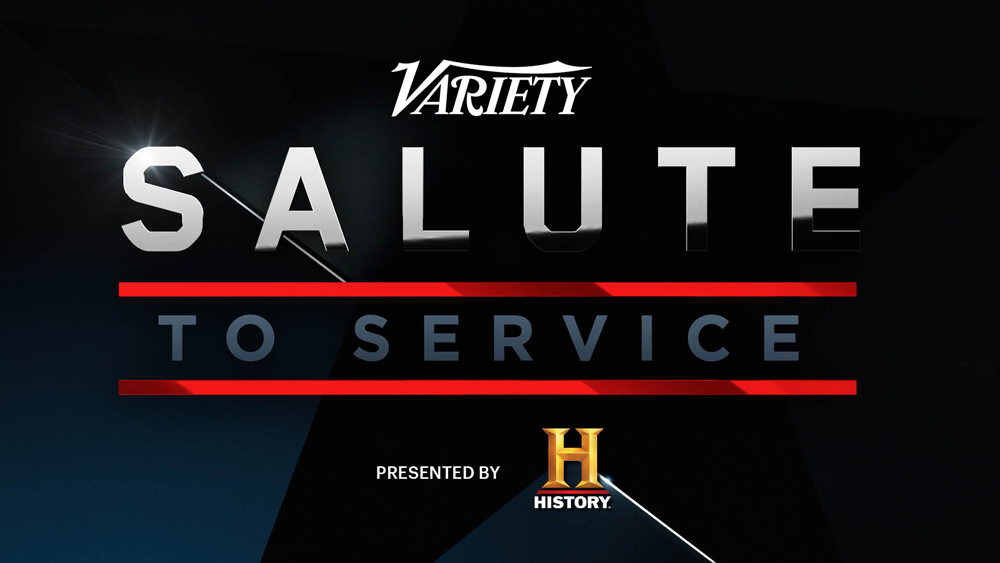 For the second consecutive year, Variety and the History channel are teaming up for a special that pays tribute to veterans and military families.

“Variety Salute to Service,” hosted by Robin Roberts, will premiere on the History Channel at 9 p.m. ET on Veterans Day, November 11, and will feature those whose lives have been changed by their military service. The special also features former President George W. Bush speaking about his Presidential Institute’s military service initiative, which helps 9/11 veterans and their families. Other participants in the program include Kareem Abdul-Jabbar, Michael Strahan and Bob Woodruff.

“I’m a proud military kid!” My beloved father, Colonel Lawrence E. Roberts, who served in three wars, began his military career as a Tuskegee Airman. I have witnessed firsthand the sacrifices my father and other members of the military have made to keep this country safe. They fought for our freedom and I welcome every opportunity to honor them and those currently serving,” Roberts said.

The emotional special highlights the incredible true stories of veterans who sacrificed so much to serve their country. The special also highlights how veterans make the sometimes difficult but ultimately very important transition from military to civilian life, while leveraging their skills and experiences, so they can chart new and exciting paths. in their life, after their service.
been completed.

“For more than 25 years, the History Channel has proudly supported our country’s veterans and military families,” said Paul Buccieri, president and chairman of the board, A+E Networks Group. “Our commitment to them is part of our DNA as a company. These heroes put everything on the line to protect us, so we feel a responsibility to stand by them and bring their stories to light. We are honored to join Variety in saluting military families through this special, spotlighting extraordinary veterans who are at the forefront of leadership and service in our communities.

The History Channel’s Mission to Honor initiative celebrates the contributions of veterans and military families through programming and content across all platforms. Retired Army Sgt. Travis Mills is among the veterans featured in the special. Mills, who completed three tours in Afghanistan where he was seriously injured by an IED, losing parts of his legs and arms, is one of five quadruple amputees from the wars in Afghanistan and Iraq to survive his injuries. . Mills’ service continues with the work of the Travis Mills Foundation, which provides a safe haven for veterans and their families to reunite at a center in Maine.

“Recognizing, saluting and thanking all veterans and their families is important to who we are as a nation,” says Gerry Byrne, Vice President of Variety Parent PMC and Marine Corps Vietnam Veteran. “Having this very important partnership between the History Channel and their ‘Variety Salute to Service’ special, provides us with the perfect avenue to raise awareness of the important issues and needs affecting the veteran community.”

The special also highlights the veterans and military affairs initiatives of Comcast NBCUniversal, which has built strong businesses to provide resources to veterans and military families. These efforts include Comcast Rise, a program that supports small businesses owned by people of color, including veteran-owned businesses. In the special, viewers hear the inspiring story of Navy veteran Steven Rho, who served in Somalia on the ship that responded to the American hostage crisis there. Today, Rho has started a toy company called Big Future Toys. Comcast provided airtime to advertise his business in the Atlanta area, attracting awareness and visibility which he says helped revive his business.

“Veterans have a long history of business ownership contributing to the economic health of local communities and our country,” the retired brigadier said. Gen. Carol Eggert, senior vice president of military and veterans affairs at Comcast NBCUniversal. “Through Comcast Rise, we are honored to continue this legacy and empower the veteran-owned businesses hardest hit by the pandemic.”

In addition to the Variety special, History will also air “Hidden Heroes: The Nisei Soldiers of WWII” at 8 p.m. ET on November 11.