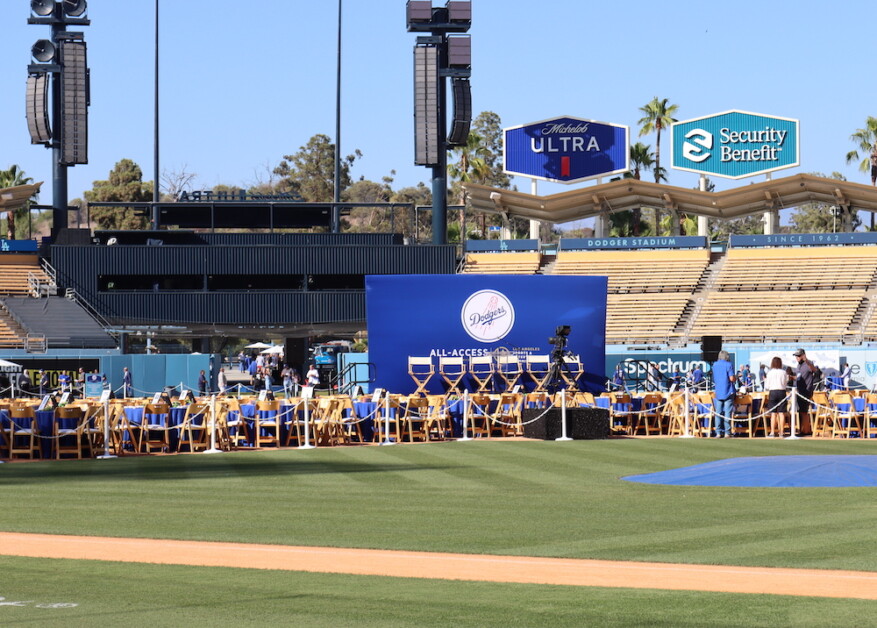 Hosted by John Hartung and Orel Hershiser; Appearance of Walker Buehler, Andrew Friedman and others

The Los Angeles Dodgers Foundation (LADF) and the Los Angeles Sports & Entertainment Commission (LASEC) are teaming up for the eighth annual Dodgers All-Access at Dodger Stadium, scheduled for Monday night.

A a limited number of tickets remain available, with proceeds from the event benefiting LADF and LASEC. The Dodgers Foundation continues to give back to the community through an array of initiatives and events.

Buehler, Jarrín and Valenzuela participate in one panel, with Friedman and Gomes in the other.

Mickey Hatcher, Steve Yeager, Bill Russell, Reggie Smith, Manny Mota, Ron Roenicke, Charlie Hough and Rick Dempsey are among the former Dodgers who will be on hand, along with broadcaster Charley Steiner.

Dodgers All-Access attendees will have the chance to toss the bullpen mound, hit the batting cage, take photos with former players and World Series trophies, call play- by-play for memorable highlights in franchise history and a buffet dinner served on the indoor field of Dodger Stadium.

“Few people have the opportunity to connect with players, coaches and executives, meet and take pictures with Dodger legends,” LASEC president Kathryn Schloessman said in a statement.

“It’s a great opportunity for guests to go ‘behind the scenes’ and hear first-hand stories about playing and being part of the Dodgers organization.”

Over the past few years, the Dodgers All-Access Player Panel has produced several high points as teammates ribbed and pulled the curtain on the clubhouse and what can become a running joke on any given day during a long season.

Among the favorite topics discussed were Chase Utley’s hair and Joc Pederson’s tight pants, and Julio Urías excelling as a hitter.

Are you follow Dodger Blue on Instagram? It’s the best way to see exclusive game and event coverage, get your questions answered, and more!