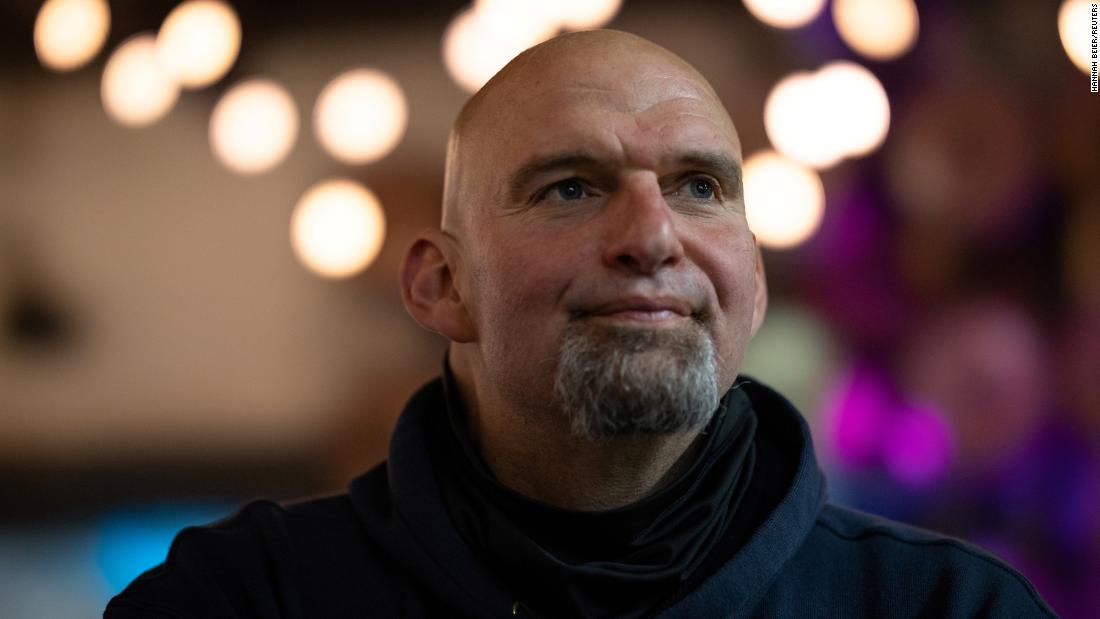 How big of a problem is John Fetterman’s health?

By: Virginia H. Robinson
In: History analysis
“We are working to determine what a fair debate would look like with the lingering impacts of auditory processing in mind,” Fetterman campaign strategist Rebecca Katz told The Washington Post. “To be absolutely clear, the occasional issues he is having with auditory processing have no bearing on his ability to do the job as a senator. John is in good health and fully capable of showing up and doing the job.”

Which seems like a pretty big admission — especially for a candidate like Fetterman who is currently the frontrunner to win the seat vacated by incumbent GOP Senator Pat Toomey.

Especially considering that Fetterman was completely off the campaign trail for several months after suffering a stroke on May 13. (He began actively campaigning again on August 12.)
And that his campaign was initially aimed at downplaying the seriousness of his condition, a twist that was upset by the candidate himself who admitted he “nearly died” in a June statement.
During a Tuesday press conference with Oz, Toomey sought to draw attention to Fetterman’s health.

“Clearly he’s being dishonest,” Toomey said of Fetterman. “Either he’s not doing as well as he claims, or he’s afraid of being called out for the radical policies he supports. It’s one or the other.

Toomey added, “I’m here to issue a warning to the voters of Pennsylvania. You can’t do the job of a US senator sitting at home tweeting snidely.”

The Pittsburgh Post-Gazette, whose editorial board is staunchly conservative, published an op-ed on Tuesday about Fetterman’s condition — and why the campaign needs to release more about it.

“If Mr. Fetterman is not well enough to debate his opponent, it raises serious concerns about his ability to serve as a United States Senator,” the editorial read.

“If Mr. Fetterman’s communication skills have not yet recovered enough to effectively debate his opponent, many voters will have concerns about his ability to effectively represent them in Washington. Although he has courageously undertaken more campaign events and media interviews in recent weeks, Mr. Fetterman still speaks tentatively and relies on closed captioning to fully understand his interlocutors.”

Questions about a politician’s health are a notoriously sensitive subject. In the 2016 and 2020 presidential elections, Donald Trump sought to raise questions about the mental acumen and physical health of his Democratic opponents, suggesting they fell short. During the 2008 presidential campaign, John McCain regularly had to answer questions about his state of health given his age and complicated medical history.

Point: It’s unclear just how much Pennsylvania voters care about Fetterman’s health as a voting issue. But it looks like there’s more to the story than what we’ve gotten from his campaign so far.