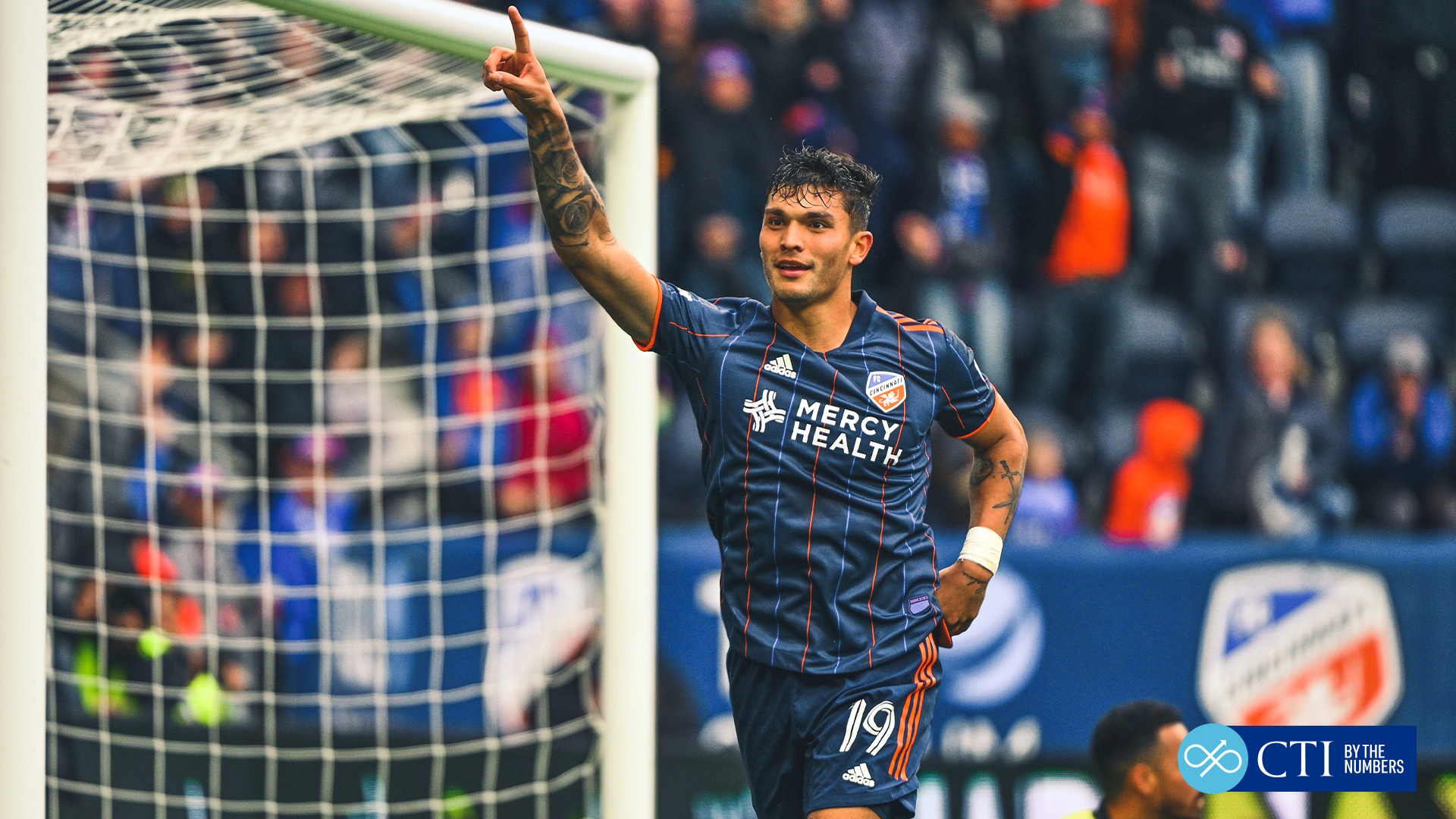 FC Cincinnati will meet Charlotte FC for the first time in club history on Saturday at Bank of America Stadium. Kickoff is set for 5 p.m. from North Carolina.

Let’s break down this confrontation, by the numbers.

First time for everything, FC Cincinnati and Charlotte FC meet for the first time. No relation to current MLS teams, but USL club FC Cincinnati (2016-18) went 3-2-1 against Charlotte Independence. The first home game in club history, at Nippert Stadium (April 10, 2016), was against Charlotte Independence, a 2–1 victory for the FCC. The winner was scored in the 52nd minute by current FCC strength and conditioning coach Austin Berry.

All-time FC Cincinnati is 5-17-4 in the first all-time meetings with MLS teams, making Saturday’s game the first meeting with the league’s 28th club. The FCC’s last first-meeting victory dates back to July 13, 2019 at the Chicago Fire.

The number of goals Brandon Vazquez has scored for FC Cincinnati, the most in the club’s history in MLS. The striker has scored twice in his 19 appearances in 2020 and four times in his 31 appearances in 2021, including three times in the last five games of the season. With his four goals already in 2022, Vazquez is tied for the MLS lead in goals through four weeks of the competition.

Goaltender Kristijan Kahlina has been a solid goaltender for the expansion team this season. The Croatian international completed 39 accurate long balls, most of them in MLS past Philadelphia goalkeeper Andre Blake (38). His 16 saves are tied for third in the league, and his six clearances are tied for second in MLS.

Captain Christian Fuchs made 152 appearances for Premier League side Leicester City FC, where he was part of the historic Foxes team that won the Premier League in 2015. Fuchs’ nearly 20-year career l brought to MLS with Charlotte FC, where the 35-year-old captain has been a glue for the backline so far this season.

FC Cincinnati knows that when they step onto the field in Charlotte, the local crowd will be loud and hostile. The third home game in club history at Bank of America Stadium will be particularly rowdy after last weekend’s impressive win over the New England Revolution. 74,479 fans attended the club’s home opener on March 5 against LA Galaxy, which set the all-time MLS attendance record.

By The Numbers is presented by CTI.