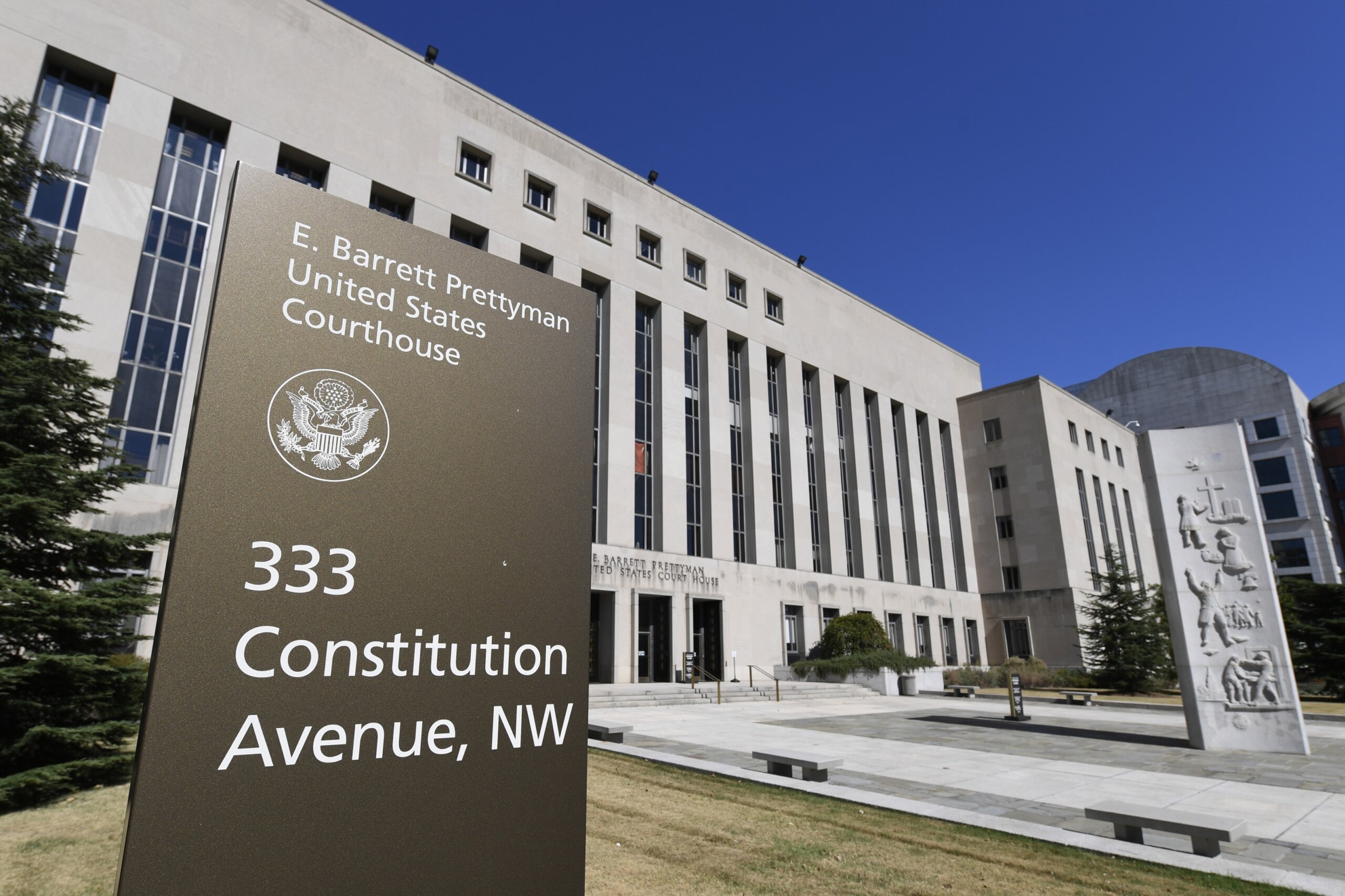 In January 6 cases, 1 judge stands out as the toughest punisher

An Associated Press analysis of sentencing data shows judges are divided on how to punish rioters, especially for minor offenses.

An Ohio couple climbed through a shattered window in the US Capitol and live-streamed video of themselves inside. A Texas mortgage broker posed for a selfie in front of rioters who breached the building. An Indiana barbershop owner celebrated on Facebook a day after joining the pro-Donald Trump crowd.

Federal prosecutors have not sought jail time for any of them after pleading guilty to misdemeanors for their actions on Jan. 6, 2021.

The judge had other ideas.

US District Judge Tanya Chutkan put them all behind bars, describing it as the appropriate punishment for their participation in the riot that halted certification of President Joe Biden’s victory, sent lawmakers running for their lives and left dozens of police officers beaten and bloodied.

As the number of people convicted of crimes in the insurgency nears 200, an Associated Press analysis of sentencing data shows some judges are split on how to punish rioters, especially for minor offenses resulting from the attack.

“We’re asking judges to do what they think is right, and they disagree on what’s right,” said Greg Hunter, an attorney defending multiple Jan. 6 defendants.

A House committee that held its first public hearing Thursday cast a wide net in its investigation into the insurgency, examining how President Trump and his allies tried to undermine the election results. So far, the Justice Department’s criminal investigation has focused primarily on the hundreds of Trump supporters who broke through police barricades, smashed windows, attacked officers and stormed into the Capitol.

Chutkan, a former deputy public defender who was appointed to the bench by President Barack Obama, has consistently taken the hardest line against the Jan. 6 defendants of any judge serving on the federal trial court in Washington, which deals with the more than 800 cases brought so far. in the largest lawsuit in the history of the Department of Justice.

Chutkan handed down harsher sentences than the department sought in seven cases, complied with her demands in four others, and sent the 11 riot defendants who appeared before her behind bars. In the four cases in which prosecutors did not seek jail time, Chutkan handed down sentences ranging from 14 days to 45 days.

Overall, the 20 judges who sentenced the riot defendants handed down lighter sentences than those sought by prosecutors in nearly three-quarters of the cases. Judges exceeded prosecutors’ recommendation for only about 10% of defendants, according to AP’s analysis.

So far, most judges — appointed by the presidents of both political parties — have made it easier for defendants than prosecutors wanted in most or all of their cases. While some judges sentenced a few defendants on January 6, no other judge besides Chutkan exceeded the sentence recommended by prosecutors in most of the cases assigned to them.

“Depending on which judge you get, the same facts could get you anything from probation to months in jail,” Hunter, the defense attorney, said. “When you can literally look at who the judge is, who has been assigned to a case, and know that each defendant will have more or less time because of the judge they have appointed…it does not promote respect for the law,” he added.

In one case, two Indiana friends, Dona Sue Bissey and Anna Morgan-Lloyd, both pleaded guilty to the same misdemeanor for engaging in essentially the same behavior inside the Capitol. Prosecutors did not seek jail time for either, noting their lack of criminal records.

Although Judge Royce Lamberth did not send Morgan-Lloyd to jail, he was also among the toughest judges on the defendants. In one case, Lamberth, who was appointed by President Ronald Reagan, gave a Pennsylvania man two months behind bars for a misdemeanor when prosecutors were only asking for two weeks.

More than 300 people have pleaded guilty in connection with the insurgency to crimes ranging from misdemeanor to seditious conspiracy. Five others were convicted at trial. A judge decided two other cases without a jury, acquitting one of the defendants and partially acquitting the other.

The January 6 cases pose a unique challenge to judges in that although the riot was unlike anything the country has seen before, hundreds of people were only charged with offenses such as entering illegal which generally do not land first-time offenders behind bars.

Some judges have criticized prosecutors for what they see as discrepancies in prosecutors’ charging decisions in cases and their recommendations for penalties. Chief Justice Beryl Howell, an Obama candidate, has hotly questioned whether prosecutors are letting some rioters get off too easily with misdemeanor plea deals even as they describe the insurgency as an attack on democracy.

Of course, each case and each defendant is different. In addition, judges must weigh a multitude of factors, including the seriousness of the crime, the person’s criminal history, whether the accused has admitted guilt and shown remorse, and the sentences imposed on similarly situated accused in order to avoid unjustified disparities.

In the case of a Maryland man who sprayed a fire extinguisher on officers defending the Capitol, prosecutors have requested more than four years in prison.

But Judge Randolph Moss sentenced Matthew Ryan Miller to less than three years, noting that the man was just 22 on Jan. 6, 2021, was drunk when he stormed the Capitol and showed remorse.

Before handing down the sentence, Moss said he thought the judges had done a good job of ensuring the sentences were consistent while weighing the individual factors of each case.

“When you look at these sentencing decisions that have been made by this court through many judges, it’s remarkable how consistent the sentencing has been,” said Moss, an Obama candidate. “When I see differences, I’m able to go through the file and look at it and understand the basis of those differences.”

In case after case, Chutkan expressed his belief that prison can be a powerful deterrent against the threat of another insurgency.

‘Every day we hear about anti-democratic factions of people plotting violence, the potential threat of violence, in 2024,’ she said before sentencing a Florida man who attacked police officers over five years behind bars – the longest sentence so far in the attack.

“It must be clear that trying to violently overthrow the government, trying to stop the peaceful transition of power and assaulting law enforcement in that effort will result in absolutely certain punishment,” she said.

Of more than 190 defendants convicted so far, about 20 have admitted felony charges, including nine who assaulted police officers. The others pleaded guilty to offenses punishable by up to one year in prison. Prosecutors have recommended prison sentences in more than 70% of cases. Judges accepted prison in about 45% of them, with sentences ranging from nine days to more than five years.

In one case, prosecutors asked for a month in jail for California bartender Kevin Cordon, who pleaded guilty to a misdemeanor. Judge Trevor McFadden, who was appointed by Trump, said the prison sentence was not appropriate given his lack of a criminal record.

“In my experience as a judge and former prosecutor, it’s almost unheard of for someone who is essentially a first-time offender to be jailed for a non-violent offense,” McFadden said. “I think it’s important for me to be consistent in sentencing, not only with the other judges in the January 6 cases, but also taking into account how the offenses are dealt with more generally outside of this politically charged event.”

McFadden condemned the Jan. 6 riot as a “national embarrassment,” while suggesting the Justice Department was being too hard on those who stormed into the Capitol over those arrested in the racial injustice protests after the murder of George Floyd in 2020.

“Last year, people gathered across the country to protest the brutal police killing of an unarmed man. Some of those protesters turned violent,” Chutkan told a hearing in October.

“But comparing the actions of people protesting, mostly peacefully, for civil rights, to those of a violent mob seeking to overthrow the legally elected government is a false equivalence and ignores a very real danger that the January 6 riot laid at the foundation. of our democracy.

Kunzelman reported from College Park, Maryland, and Richer from Boston.

For full coverage of the January 6 hearings, visit https://www.apnews.com/capitol-siege

Copyright © 2022 The Associated Press. All rights reserved. This material may not be published, broadcast, written or redistributed.