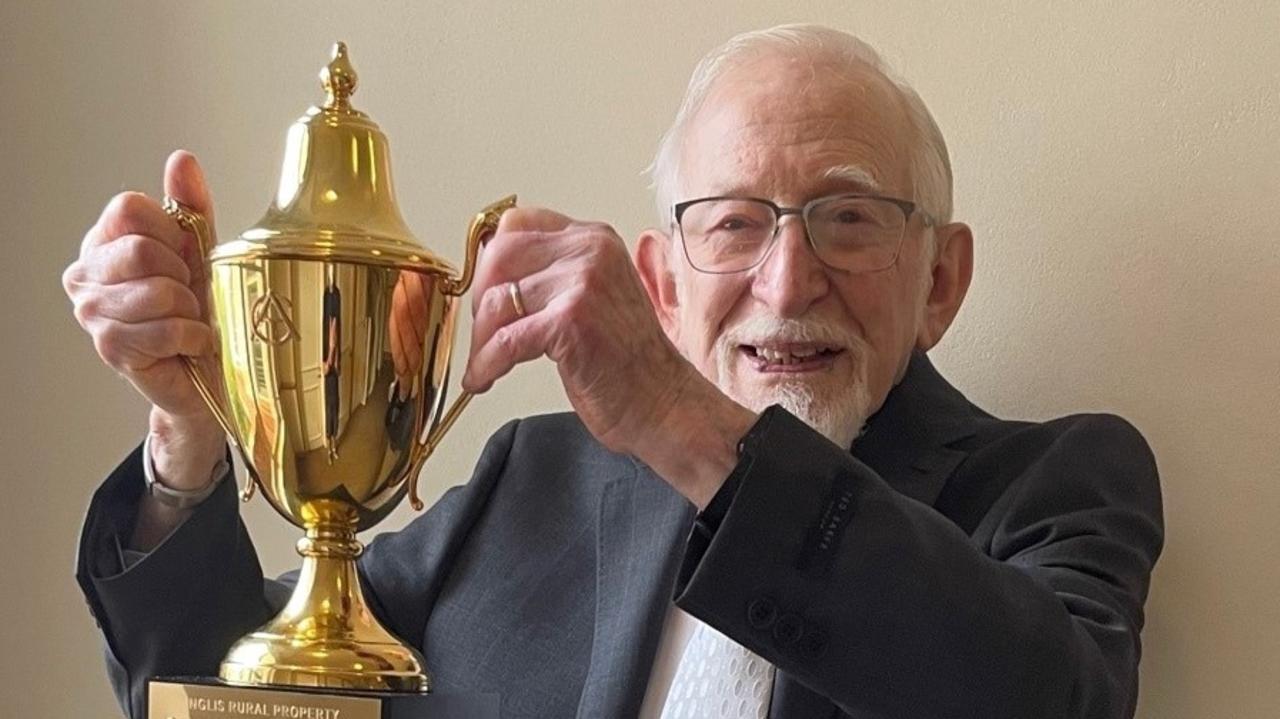 Adrian Roden, 96, studied law with Bill Waterhouse and presided over one of the biggest trials in the country. He tells Ray Thomas about his extraordinary life and racing memories.

He has seen so many great Australian racing champions from Ajax and Bernborough, to Kingston Town, Makybe Diva, Black Caviar and Winx.

While in college, he studied law with Bill Waterhouse and did some bookmaking on the side, calling odds the dogs Dapto.

In the legal profession he had an exemplary career which began when he was called to the NSW Bar in 1949.

He was a barrister in Tanzania for over a decade, returned to private practice in Sydney, was appointed Queen’s Counsel in 1974 before being appointed a Justice of the Supreme Court of New South Wales, has presided over the infamous Milperra massacre trial in 1984 and later worked on the Independent Commission Against Corruption.

It’s definitely a racing story with a twist.

An interview with 96-year-old Adrian Roden, one of NSW’s most eminent legal minds, took me down memory lane while providing a snapshot of his extraordinary life.

Roden also happens to be co-owner of unbeaten colt Sejardan, the favorite for the $2m Inglis Millennium (1100m) at Royal Randwick on Saturday, so when I called him this week asking for an interview about his two-year-old son, he answered: “Of course, racing is one of my favorite subjects.”

It quickly became apparent that Roden had a deep appreciation and understanding of the sport as he analyzed the two brilliant wins for Sejardan, trained by Gary Portelli.

“Sejardan would be the best horse I’ve raced with – hands down,” he said.

“He actually produced two different types of finish in his two races. There was that sudden acceleration as soon as he cleared into the Breeders Plate and then his long, sustained run to win the Golden Gift.

“I think I’m right to say that nine of the 10 Golden Gift runners made it past the sales. The other was the filly Godolphin (Ojai, third).

“But of the nine that went through sales, the top two placegetters, Sejardan and Shalatin, were the cheapest.”

Sejardan, a son of Sebring, winner of the 2008 Golden Slipper who fetched $160,000 at the Inglis Classic yearling sale last year, takes over in the Inglis Millennium and the fence draw has the colt booming coming out of the door nine.

In the latest TAB fixed-odds bets, Sejardan is the favorite at $3.70 to maintain his unbeaten record, although there was good support for Paris Dior, which rose from $6 to $4.

“There will be a lot of speed and we’re probably drawn well,” Roden said.

“If Jason (Collett, jockey) can find the right spot, hopefully we can finish them again.”

Roden has followed racing all his life, but it hasn’t been until the last decade that he’s gotten serious about racehorse ownership.

“On medical advice I was told to find an interest I could partake in while I was at home and when I saw a TV ad selling shares in horses I thought it was something that would interest me,” he said.

“Then I fell in love with Sebring as a stallion and started racing with Gary (Portelli) by accident.

“There was a Sebring that I liked being advertised by one of the syndicators and I asked for 10% but was told it was already sold.

“I looked for another Sebring and found Sebring’s Sun with Gary. He was a good horse and after he finished racing we sold him as a stallion. We then brought in a broodmare and now have three foals by Sebring’s Sun.

“Sejardan is also by Sebring so I didn’t hesitate when the opportunity arose to buy the colt.”

Roden must have expected my next question about when his passion for racing started, because his response was immediate.

“It (the interest in racing) has always been there,” he said.

“When I was at school, I made a tip sheet for my French teacher.

“Then in college I met Bill Waterhouse and I was doing the pre-post markets for Bill and George Cooper when they were bookmakers.

“I also worked the races from Sydney and Melbourne to Dapto when the dogs were on Saturday afternoons and the other local bookies were waiting for me to raise prices.

“But when the dogs were on at night or when there were no races in Sydney or Melbourne and I had to work on the dogs, I knew absolutely nothing about them, so I had to wait for the locals ( bookmakers) increase their odds. ”

Roden then started talking about the great champions he saw like Ajax, winners of 36 of their 46 starts and famous for their 18-game winning streak just before the start of World War II, great Kiwis like Beau Vite and Beaulivre who raced during the war years, then the powerful Bernborough, winner of 15 consecutive races in 1946.

“Bernborough’s blistering finishes with big weights in sprint races made him special, he was a great horse,” Roden said.

“I couldn’t see Tulloch and Todman because I was working in Tanzania when they were racing. I had the chance to watch Kingston Town and every champion since Winx.

“But I don’t think you can compare horses from different eras. How do you compare Phar Lap to Winx? There is no definitive answer.”

Roden speaks in a measured, steady, and precise tone. It’s almost like he’s back in a courtroom where every word is spoken with clarity and impact.

His famous career as a lawyer and later as a judge has many highlights, including as a judge in the court case of the Milperra Massacre, the longest joint criminal trial in NSW history taking over two years to render verdicts.

A feud between biker gangs, the Comancheros and the Bandidos, erupted into a violent and tragic shootout in a Milperra hotel parking lot on Father’s Day in 1984, killing seven, including an innocent young girl 14 years old.

Roden eventually found nine gang members guilty of murder and 21 others of manslaughter. His memories of that trial remain vivid and revealing to this day.

“Everyone expected them (the biker gangs) to disrupt the trial, but it went pretty well,” Roden recalled.

“I remember being pleased with their behavior.

“Admittedly, there had never been a trial like this before. We innovated a lot during the trial with computer work that was quite new at the time.

Roden has seen the best and worst of human behavior during his legal career, and armed with his keen intellect and evident experience, he has an interesting vision for the future.

“I almost think our civilization is on its way out,” Roden said.

“It’s a long and slow process, it won’t end tomorrow but all civilizations have tended to end when they have lost what holds them together.

“I think it’s natural for people to live by the standards, it doesn’t matter what the standards are as long as people follow them and are punished if they don’t.

“But we seem to be shedding standards these days and that worries me.

“Rules make for an orderly society and when you don’t have rules, we head for anarchy. I’m glad I don’t see where it’s going.”

Roden then reflected on his professional career, conceding he’s led an “interesting life”.

“When I look back on my life, I feel like I’ve had several different lives,” he said.

“The person who was working in Tanzania, the person at the University of Sydney, the person sitting on the criminal trial bench – they all seem to be different people.”

And there is the person who loves running. Roden picked up the conversation on the race by revealing he won’t be on track for Sejardan’s bid to win the wealthy Inglis Millennium on Saturday.

“I kept myself active and was doing ‘Park Runs’ before Covid. I actually hold the record in three areas for the 90-94 age group – because I’m the only one to have done so.

“Due to Covid, I’m not doing these errands at the moment, but I’m keeping fit by walking around the block where I live.”

Roden has certainly had a full life – and he’s not done yet.

“I need one more limit to get my century,” Roden said.

“It was only recently that I told someone I would like to break this record and she looked at me and said ‘God, I wouldn’t want to live to be 111’. I said if you were 110 you would do it!”