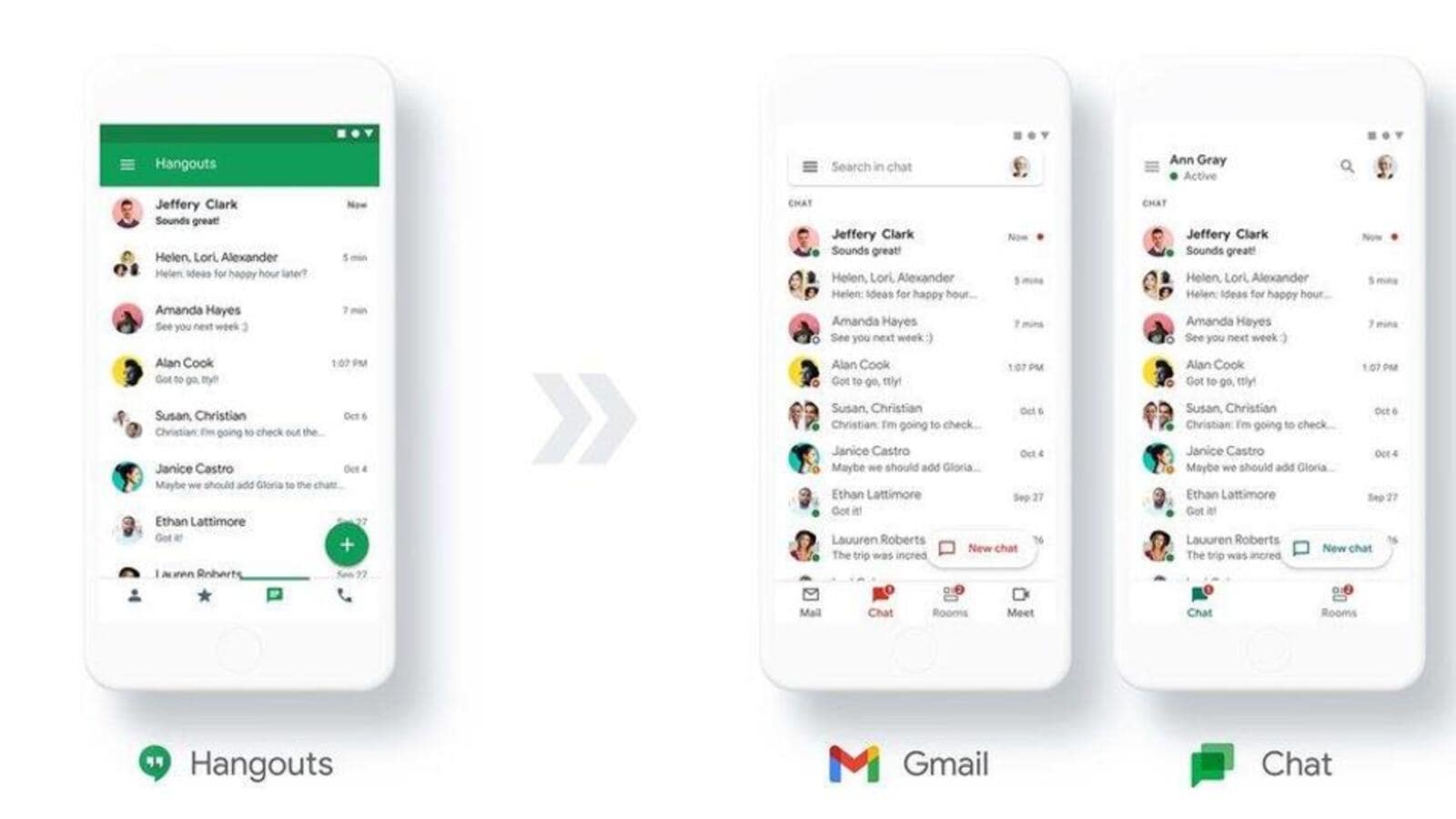 Is the weight of history holding back Google’s messaging apps?

Instant messaging apps, with video and audio chat options, have been the default communication tool for millions of people around the world over the past few years, especially after the Covid-19 pandemic. WhatsApp continues to be the undisputed leader, but at different times we’ve seen significant progress from rivals across personal and workspace platforms – Telegram, Signal, Zoom and Teams, to name a few. only a few.

That doesn’t make for a good read for Google. In the popularity stakes of instant messaging applications globally, Google is still not among the list of the most popular applications. Not for lack of trying (it also had a first-mover advantage many years ago), as they have a very wide range of communication apps. Yet it is perplexing why Google remains on the periphery.

Messaging apps are all about scale and dominance

Facebook-owned WhatsApp leads the way with around 2 billion active users, followed by Facebook’s Messenger (around 1.3 billion users), WeChat (around 1.25 billion), QQ (around 591 million), Telegram (about 550 million) and Snapchat (about 538 million), according to the latest figures from research firm Statista. The top 6 apps, and none from tech giant Google, make the list.

In India, there are more than 658 million active internet users according to the latest Kepios research figures (this number increased by 34 million between 2021 and 2022). Data from Kepios and Statista confirm WhatsApp’s dominance as the preferred communication platform. In fact, Google Hangouts is the fifth most popular messaging app in India (28% users) – tied with Snapchat – behind Facebook Messenger (59%), Zoom (47%) and Telegram (42%).

It is important to have a sizable app and messaging platform. Facebook understood this when it paid $22 billion to integrate WhatsApp into its kitty in 2014. At the same time, they have never ignored the Messenger app (formerly known as Facebook Messenger), which has no steadily going from strength to strength, while improving Instagram’s direct messaging.

Snapchat, Telegram, Signal and WeChat are other examples of platforms that have persisted through tough times and reaped the rewards of skyrocketing users and valuations. In 2021, Telegram, with over 500 million monthly active users, raised $1 billion to kick-start growth. It is valued at around $40 billion. Snap Inc., the company behind the popular Snapchat app, has a market value of around $51.19 billion.

Google has, of late, focused its energies on Apple and the iMessage platform for all things related to their own messaging initiatives. This argument is sketchy at best. “iMessage shouldn’t benefit from bullying. Texting should bring us closer together, and the solution is there. Let’s settle this as one industry,” the official Android account said on Twitter, earlier this year.

Hiroshi Lockheimer, Senior Vice President (SVP) of Google also tweeted: “Apple’s iMessage lockdown is a documented strategy. Using peer pressure and intimidation as a way to sell products is dishonest for a company that puts humanity and fairness at the heart of its marketing. Standards exist today to solve this problem.

Lockheimer, and the official Android handle, refers to Apple’s iMessage service, which works on the iPhone, iPad and Mac, and is a rival to Google’s Messages app. It’s one of their current range of messaging apps that you’ll need to understand and is available on Android phones.

The point Lockheimer makes is that Apple does not yet support the Rich Communication Service (RCS) standard, which extends the capabilities of SMS as we know it.

Apple hasn’t officially said it won’t support RCS, but its views became clear in emails that were part of the leaked communications during the Apple vs. Epic trial. “I fear that iMessage on Android will simply serve to remove a barrier for iPhone families to give their children Android phones,” Apple’s Craig Federighi wrote in an email in April 2013.

RCS isn’t as new as it once was

RCS, which Google champions, is a 14-year-old standard. It was created by the GSMA, or GSM Association, in 2008. It does a few things well, like keystroke indicators and better image sharing. Google’s Messages app for Android phones supports it. But then iMessage already does that and more. It took a long time for service providers in the US to get on board with RCS. Overall, there are still gaps.

There are also technological limitations. Inevitable with something firmed up in 2008. RCS doesn’t support multiple devices like iMessage does. Somehow, RCS messages are delivered to an Android phone that has the feature enabled. Not a user or a user’s id, which means they would be available to play on any other Android phone or tablet that you might also be using. Apple’s iMessage lets you have the same conversation on all the compatible devices you own, if you’re signed in with the same iCloud ID, whether it’s an iPhone, iPad, Mac, Apple Watch or iPod Touch.

Too much, but too little?

Over the past 17 years or so, we’ve sampled different Google email services. It all started with Google Talk, residing in Gmail in 2004. This was followed by Hangouts, Google Meet, Duo, Allo, Spaces, Gmail, Google Wave, Buzz, Google+ Messenger, Google Voice and Messages for Android – many of them are simply fallen by the wayside ever since.

For all the RCS conversation, Google might have been well served by its own Hangouts app. He is now preparing for his last hurrah, even as the focus has shifted elsewhere.

The 2013 launch of Hangouts as a modern instant messaging platform with also video calling (long before Zoom arrived on the scene), was not immune to constant tweaks in the years to to come. It was repackaged as Google+ Hangouts, which integrated with chat apps as well as the Hangouts platform. In 2014 and 2015 SMS support was added for Android phones. A critical phase in the history of Google messaging applications.

It was also cross-platform and could have been the perfect app for Google’s Android platform – texting, instant messaging and video calling all rolled into one. Yet that’s how Google saw it.

In 2016, Hangouts is rebranded as Hangouts Chat, while Hangouts Meet is pushing to make video calls. And a new Allo SMS application, as well as a Duo video call application, are launched. Hello was killed off a few years ago (2018, to be precise) because there wasn’t much enthusiasm for responses to AI-generated pop-up messages. Duo still survives, alongside Meet which is another app that can make video calls. In 2017, Google removed the SMS management option from what was left of Hangouts.

Is the latest generation taking a new approach?

Google is currently developing the portfolio for Google Chat, Meet, Duo, Rooms, and Spaces. In fact, Hangouts is going to be replaced by Chat, although the proverbial sunset march has been a protracted process. Beware, with the exception of Duo, everything else has been integrated into the Gmail app as well. On Android phones, there’s the additional Messages app for texting (and RCS messaging, if your friends are also using Android phones).

Even now, Chat isn’t polished enough to replace Hangouts at all. You can’t select multiple images to share, rich text formatting options aren’t fully there, and there’s no ability to make voice and video calls — although that should change as new updates roll out (this is still not the case for us). In a word, limited functionality. This may change in due course, but these updates are still a long way from making Chat a full app.

And all this before you even consider how Google Chat (the Workplace iteration too, mind you), Meet and Rooms try to be the only platform that works for personal use as well as in an office environment – this will be the competition for Microsoft Teams and Slack, for example.

The reality is that Google finds itself in a dire messaging app situation due to what appears to be haphazard positioning and app development over the years. The question is, even if Google were to focus on one app (be it Chat or any new app) to make a serious bid for the messaging app space, your friends and family would they be rocking? With messengers, habits are hard to break.