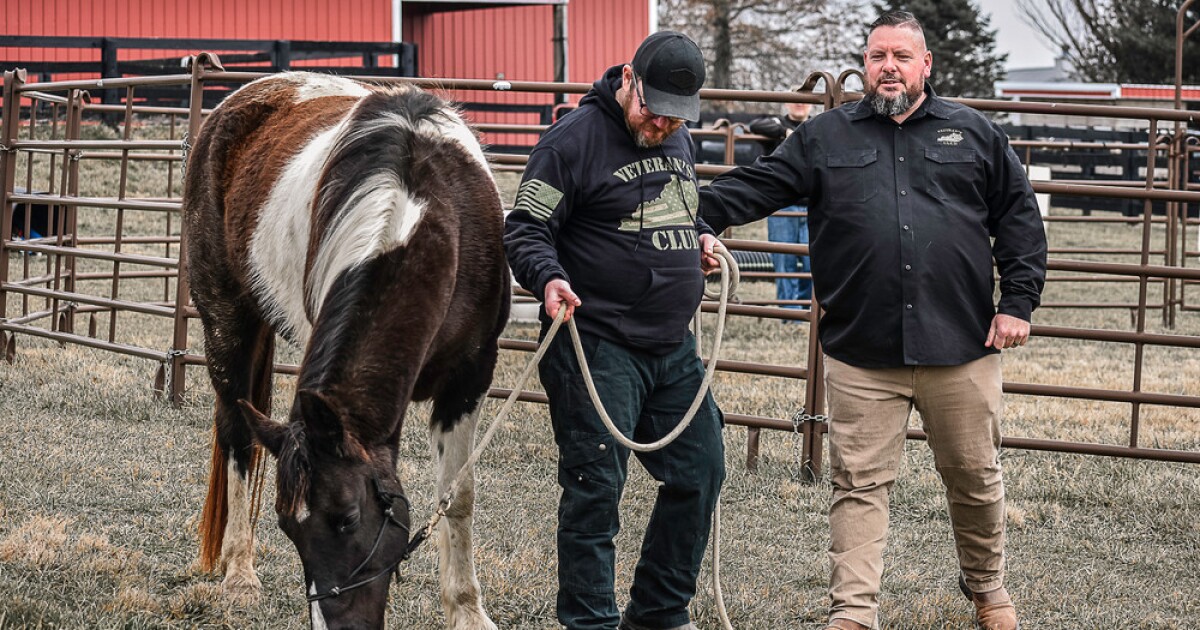 A veterans’ organization that began in Kentucky as a social group to reduce isolation that can lead to suicide will be in the national spotlight this Veterans Day.

Veterans Club Inc. has grown to 6,000 members in multiple states and is featured on the History Channel special Tribute to service.

Shelbyville resident Jeremy Harrell, 40, was in the US Army for nine years and served in Iraq. When he returned to Kentucky, he found himself in veterans’ groups in other states.

He founded the Veteran’s Club in 2017 to support and encourage veterans who may be facing common issues related to PTSD, returning to civilian life, and loss of camaraderie seen in the military.

The mission of the Veterans Club is “to provide connection, healing, recovery, and shelter to the Veteran community”.

Harrell said the History Channel and the A&E Network had heard of the Veteran’s Club’s unique projects.

“So they came over and they filmed a bit of Veterans Village, the homeless veterans healing and recovery center that we operate,” Harrell said. “Most of it was filmed around our horse-facilitated mentoring program, which is our nationally recognized program. We are best known for that.

The organization also offers a “Jeep Build” vocational training program in auto mechanics, an offering that can help veterans prepare for a new career.

“It’s one of the few times I’ve really been public with some of the issues that I faced coming back from Iraq,” Harrell said. “But I thought it was really important to make sure people understand that PTSD is real. That our homelessness is real and more prevalent than we could imagine.

The show airs on the History Channel on Veterans Day at 8 p.m. Central, 9 a.m. Eastern.