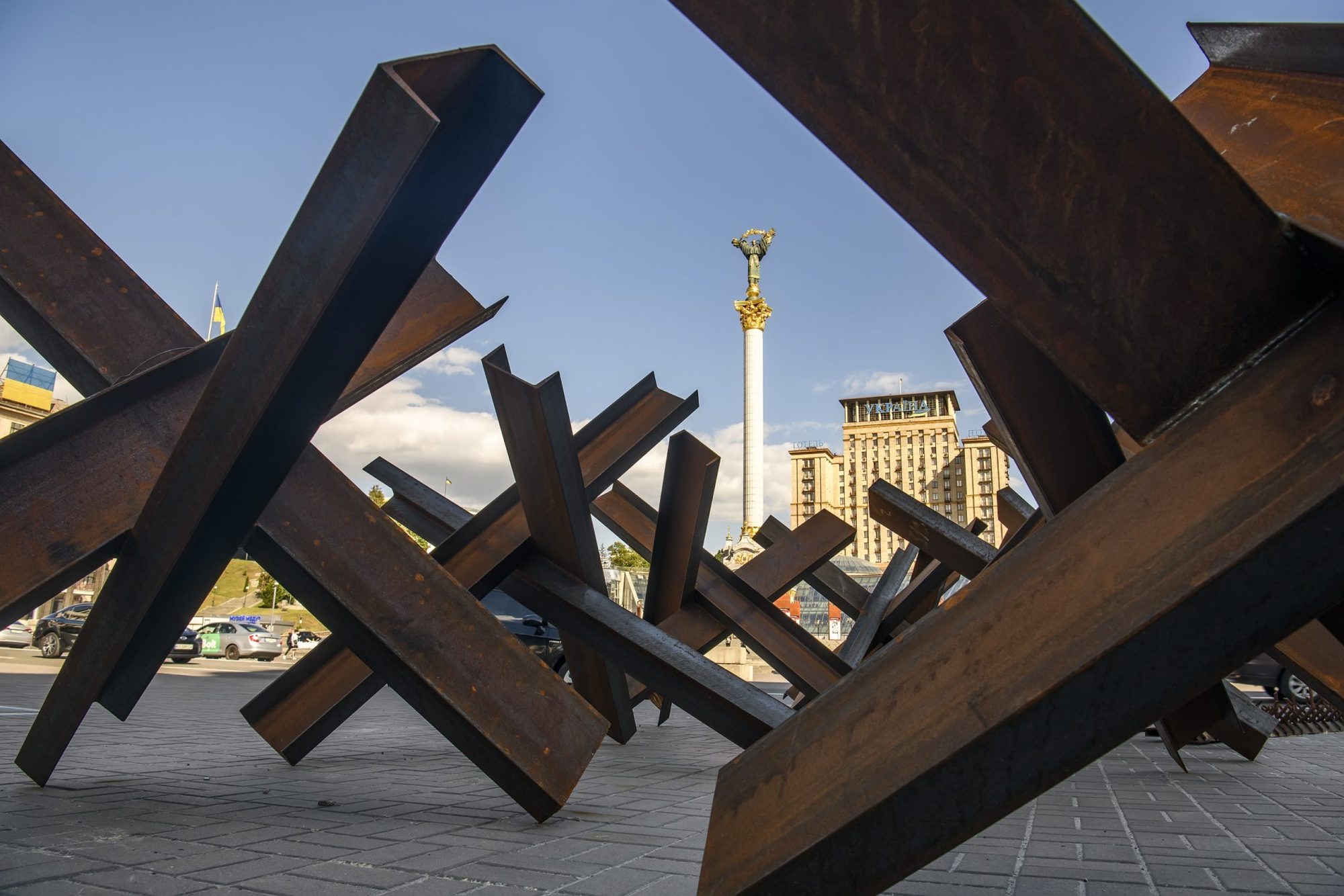 Kyiv’s Guide to Wartime: City at the Front Lines of European History

The Russian invasion of Ukraine has dominated world headlines for the past six months. But beyond the endless harrowing images of death and destruction, a remarkable story of Ukrainian courage and resilience unfolds and must be seen to be truly appreciated.

Visiting wartime Ukraine is an extreme option that is certainly not for the faint-hearted. Indeed, many would likely find it inappropriate or unsuitable. Nonetheless, a trip to today’s Kyiv offers an opportunity to witness world history in the making while providing Ukrainians with significant moral and material support.

Just returned from a two week trip to the Ukrainian capital, I can recommend wartime Kyiv as an unforgettable destination to anyone interested in history and willing to leave their comfort zone. Naturally, it is important to point out the serious security risks involved. The Russian invasion is underway and parts of Ukraine that are peaceful today may come under some form of attack tomorrow. That said, during my visit in late July and early August, I often felt that I was in more danger of being hit by an electric scooter than by a Russian missile.

As the world watches the Russian invasion of Ukraine unfold, UkraineAlert delivers the best Atlantic Council expert advice and analysis on Ukraine twice a week straight to your inbox.

Reaching Kyiv has become inconvenient due to the cancellation of all flights to Ukraine. However, there are many different bus and train lines operating from central European cities like Warsaw and Prague. If you’re arriving from Western Europe, North America, or elsewhere, it might be a good idea to plan a stopover in Central Europe before the final leg of your trip to the Ukrainian capital.

When I arrived in Kyiv, I found it surprisingly similar to the peaceful city I had called home for much of the past two decades. Admittedly, the mood and pace of the Ukrainian capital have changed since the start of the Russian invasion in February. There are fewer people and more visible signs of poverty on the streets. A curfew is in place from 11 p.m. to 5 a.m., while regular air raid sirens continue to break up the daily routine.

The threat of aerial bombardment remains the greatest danger facing residents and guests of the Ukrainian capital. Kyiv has a relatively good air defense system with a strong record of intercepting Russian missiles, but airstrikes can and do happen. This contributes to fueling a climate of tension that serves as a permanent backdrop to daily life.

At the same time, with the front lines of war hundreds of miles away, there is also a sense of normalcy around the city and a sense that people are determined to enjoy life. Public transport is less congested than in peacetime, but Kyiv’s excellent metro system continues to operate on a reduced timetable. Taxi services are fully operational again, as are banks, pharmacies and most shops. The gasoline shortages that led to reduced mobility and long lines during the early months of the war are now long forgotten. Similarly, supermarkets are more or less well stocked.

Kyiv’s city center is more colorful than ever, with many bars and cafes open for business and street vendors selling flowers, ice cream and cold drinks to passers-by. Prices have risen sharply since the start of the war, but visitors with foreign currency will still find Kyiv a very affordable destination due to the concomitant drop in the Ukrainian hryvnia exchange rate.

Before the Russian invasion, Kyiv was becoming one of Eastern Europe’s gastronomic gems. Despite the current wartime conditions, the Ukrainian capital remains a fantastic place to dine. The large selection of excellent Georgian restaurants is particularly hard to beat, with superb Caucasian cuisine on offer at very competitive prices.

In the summer, Kyiv remains an unrivaled promenade city with elegant boulevards and abundant park life as well as miles of stunning sandy beaches lining the Dnipro River. I was delighted but not at all surprised to find that Vladimir Putin’s genocidal war has done little to deter Kyiv’s fishing enthusiasts, who continue to line the banks and bridges of the Dnipro for centuries .

There are enough reminders to make sure you never forget the proximity of Europe’s biggest armed conflict since World War II. This includes a heavy police and military presence throughout the city. Parts of the central government district of Kyiv are closed to the general public. You may be asked to show your passport at one of the many remaining checkpoints. Despite these understandable security measures, the atmosphere remains surprisingly friendly and surprisingly relaxed given the circumstances.

A nascent wartime tourism sector is gradually emerging in and around the Ukrainian capital. Many visitors travel to the outskirts of Kyiv to witness the scenes of Russian war crimes and pay their respects to the victims. The city itself has several outdoor exhibits displaying a range of captured Russian tanks and other weapons of war.

While these sites are all worth seeing, the real value of a visit to Kyiv comes from watching European history unfold in real time. The war currently raging in Eastern Europe should mark the final chapter of three hundred years of Russian imperial rule over Ukraine and confirm the country’s emergence as a truly independent European democracy. Given Ukraine’s status as the largest nation entirely located in Europe, this has profound implications for the entire continent.

Geopolitics aside, this is also an extremely compelling human story of ordinary people defending their country against overwhelming odds. For weeks in February and March, Kyiv was a fortress city under attack by advancing Russian troops. Like all Ukrainians, Kyivans are well aware that Putin seeks to extinguish the Ukrainian state and erase Ukrainian identity. To visit Kyiv right now is to show solidarity with them.

The whole notion of war tourism is often rightly ridiculed as exploitative and unethical, but taking a trip to modern-day Kyiv is not about gawking at the horrors of war. It’s an opportunity to witness firsthand one of the most remarkable stories in modern European history while demonstrating support for a nation whose indomitable spirit has captured the imagination of the world. Ukrainians will appreciate the extra tourist dollars, but they’ll be even happier to see they’re not alone.

Dr. Andreas Umland is an Associate Professor in the Department of Political Science at the Kyiv-Mohyla Academy (NaUKMA) and an analyst at the Stockholm Center for Eastern European Studies (SCEEUS) at the Swedish Institute of International Relations (UI).

The opinions expressed in UkraineAlert are solely those of the authors and do not necessarily reflect the opinions of the Atlantic Council, its staff or its supporters.

The Eurasia Center mission is to strengthen transatlantic cooperation in promoting stability, democratic values ​​and prosperity in Eurasia, from Eastern Europe and Turkey in the West to the Caucasus, Russia and the Central Asia to the East.

Follow us on social networks
and support our work