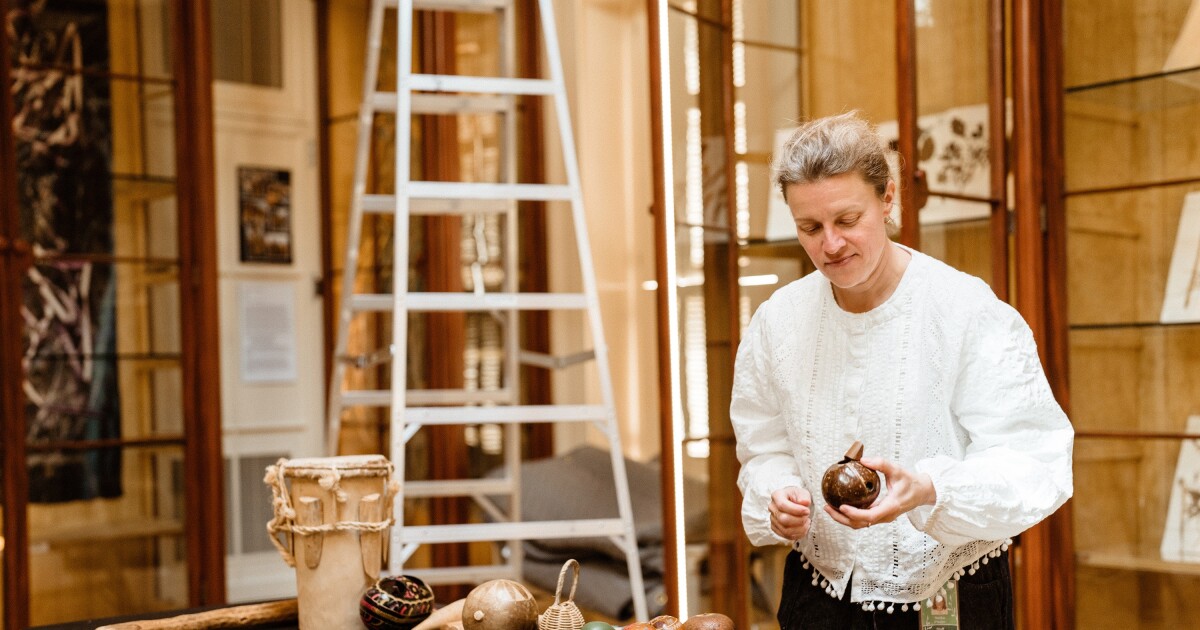 Listen to the plants at the Missouri Botanical Garden

The Missouri Botanical Garden offers striking views whatever the season. Now customers are also welcome to notice the sounds it has to offer.

The garden’s new exhibit, “Botanical Resonance: Plants and Sounds in the Garden,” exists where art and science intersect – and every detail is informed by something aural. It opened Friday at the Stephen and Peter Sachs Museum.

This is the curator, Nezka Pfeifer, said Saint Louis live that his inspiration for “Botanical Resonance” came from his introduction to sound walks – a type of sound art that invites participants to engage deeply with the sounds around them as they walk through their surroundings.

Pfeifer and Kappner met in Amsterdam at an arts conference where Kappner led workshops on sound art and sound walks.

“[Kappner] has so much training in shamanic studies, horticultural therapy, and using plants as a way to connect to the earth,” Pfeifer said. “I was very lucky to participate in his guided meditations.”

Their conversations made Pfeifer curious about the relationship between plants and sound – and eventually her proposal for “Botanical Resonance” was approved by the Missouri Botanical Garden.

Pfeifer knew she wanted Kappner to design a sound walk for “Botanical Resonance” that would connect people to the plants in the garden.

“She has an incredible ability to bind people in space that [they’re] in,” Pfeifer said, “as well as [them] to concentrate [their] mind in other ways.

Kappner designed his sound walks to work outside the museum. This vision became part of the interior space curated by Pfeifer, who explained that visitors are encouraged to “go out and really understand and participate in [Kappner’s] a unique skill to get people to pay attention to where their consciousness goes and connect it to the earth around them.

Much of Pfeifer’s research explores the scientific and cultural relationship between plants and sound. The main exhibition space includes detailed information, rare artifacts, specimens and instruments made from plants. Some of the western instruments included are Taylor guitars, woodwinds, and a violin. The Missouri Botanical Garden also has ties to other countries, many of which are represented in the exhibit.

“[There are] several botanists here at the garden who are all from South American countries,” Pfeifer said. “They note some of the musical cultures of their countries and they very kindly shared some of the instruments they have in their collection.”

Some endangered Missouri woods are also included in the exhibit. “Chinquapin is a chestnut species native to Missouri,” Pfeifer said. “They have a fungal blight that has weakened the entire population of Missouri and other parts of the Ozarks.” The Ozark Chinquapin Foundation works to strengthen the species.

“As a tree that was found and used by native people and then later by settlers,” Pfeifer said, “this tree was used for [many] purposes. One use was in the manufacture of musical instruments, of which the exhibition presents a few examples.

On the other side of the globe, the Missouri Botanical Garden maintains research teams in Madagascar as part of a long-standing ecological conservation program. Botanists from the Precious Woods Project in Madagascar helped introduce other instruments to the exhibit, including those derived from the country’s native ebony and rosewoods.

Additional instruments from Madagascar were from the ethnobotany collection at the William L. Brown Center. “Even though the [precious] today the antlers are not used to make instruments,” Pfeifer said, “other plants in Madagascar are.

Due to Madagascar’s complex colonial history, many of their instruments resemble Western instruments such as guitars and violins. “The way they’re played is much more in tune with Middle Eastern or Southeast Asian musical culture,” Pfeifer said. “The instrument may not create the sounds we would assume [it] at.”

The connection between the forest and sound goes beyond man-made instruments. Research on how insects use plants as a means of communication is also included in the exhibit. The research was led by St. Louis University biologist Dr. Kasey Fowler-Finn.

“[The] the plants have [also] been recorded,” Pfeifer said. “If they can sense through vibration, which is how many plants understand sound, that there is a pollinator nearby, they can actually start to increase their nectar production. Because that will prompt the pollinator to come and pick up the pollen, then come out and continue to cross-fertilize that species of plants.We ourselves don’t have the senses to understand what that sound is.

“Saint Louis live” tells you the stories of Saint-Louis and the people who live, work and create in our region. The show is hosted by Sarah Fenské and produced by Emily Woodbury, Kayla Drake, Danny Wicentowski and Alex Heuer. Avery Rogers is our production assistant. The sound engineer is Aaron Dorr.